Why Trump's Former Top Strategist Has Disavowed His Campaign
Odyssey
CurrentlySwoonLifestyleHealth & WellnessStudent LifeContent InspirationEntertainmentPolitics and ActivismSportsAdulting
About usAdvertiseTermsPrivacyDMCAContact us
® 2023 ODYSSEY
Welcome back
Sign in to comment to your favorite stories, participate in your community and interact with your friends
or
LOG IN WITH FACEBOOK
No account? Create one
Start writing a post
Politics and Activism

Why Trump's Former Top Strategist Has Disavowed His Campaign

"I respect Trump's fans. That's why I can no longer support the man himself." 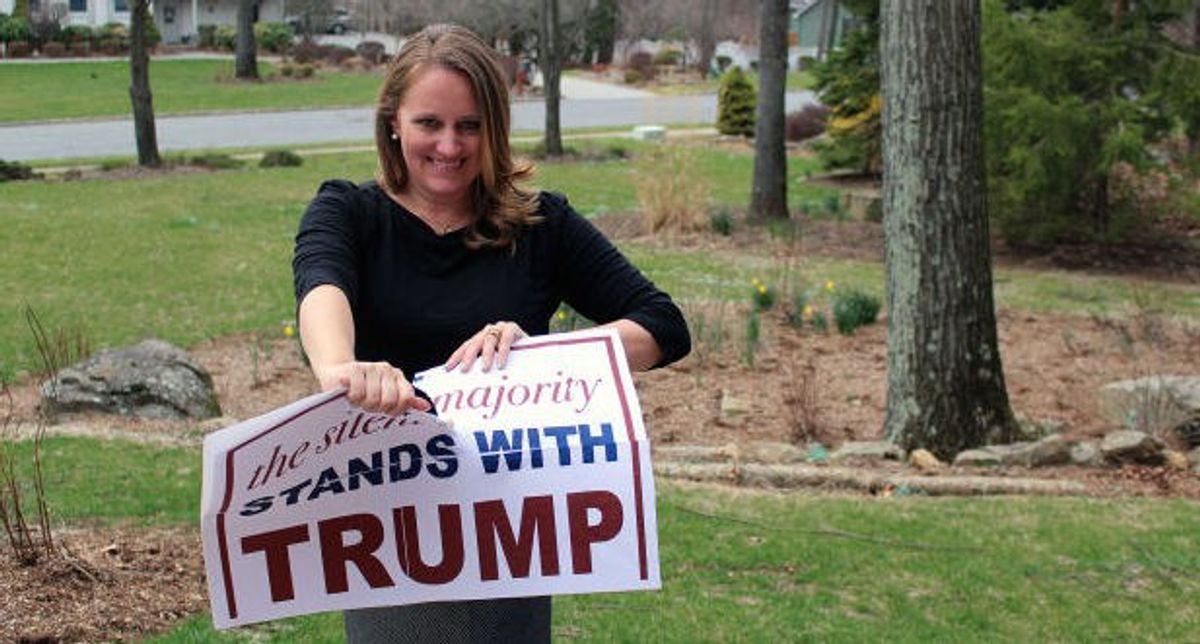 As momentum, and tension continues to build in the highly contested presidential race, it is clear to see that Donald Trump's chances of winning the Republican nomination are shockingly high. Supporters have come out of the woodwork to praise Trump for his straightforward language and non-political attitude. Naturally, some of his antics have gained negative feedback from moderates and liberals alike. The problem is, however, these criticisms have always come from the outsiders, the Trump-haters, the "other" guys that Trump's supporters dislike in the first place. That is, until now.

"It pains me to say, but he is the presidential equivalent of Sanjaya onAmerican Idol. President Trump would be President Sanjaya in terms of legitimacy and authority. And I am now taking full responsibility for helping create this monster — and reaching out directly to those voters who, like me, wanted Trump to be the real deal."

On Monday, Stephanie Cegielski, former Trump super-PAC advisor and strategist, released a scathing letter, warning not only of Trump's selfish ego but also of his lack of respect for his supporters. Stephanie, like many others, was drawn to support Trump after her anger with the current political system. She was completely sold on a man who "was not bought by corporations. A man who sat in a Manhattan high-rise he had built, making waves as a straight talker with a business background, full of successes and failures, who wanted America to return to greatness." So, when she was recruited for her public relations and public policy experience, Stephanie joined the race to greatness.

The funny thing is, not even Cegielski expected Trump to poll the way he has. No one in the Trump campaign did. They would have been perfectly content with conceding the nomination, as long as Trump reached the goal of polling double digits, stirring up some conversation in Washington, and possibly benefitting his own business ventures along the way. But things, in Stephanie's eyes, took a sharp turn for the worst.

On Easter day, terrorist attacks targeting Christians in Pakistan tragically left at least 70 people dead and over 300 more injured. Trump's response to this attack was the final straw for Stephanie. Now, she is raising her voice, from the perspective of a former supporter and insider, as to why Trump's followers should reconsider his motives.

Another radical Islamic attack, this time in Pakistan, targeting Christian women & children. At least 67 dead, 400 injured. I alone can solve.