Don't be fooled: He is no friend. 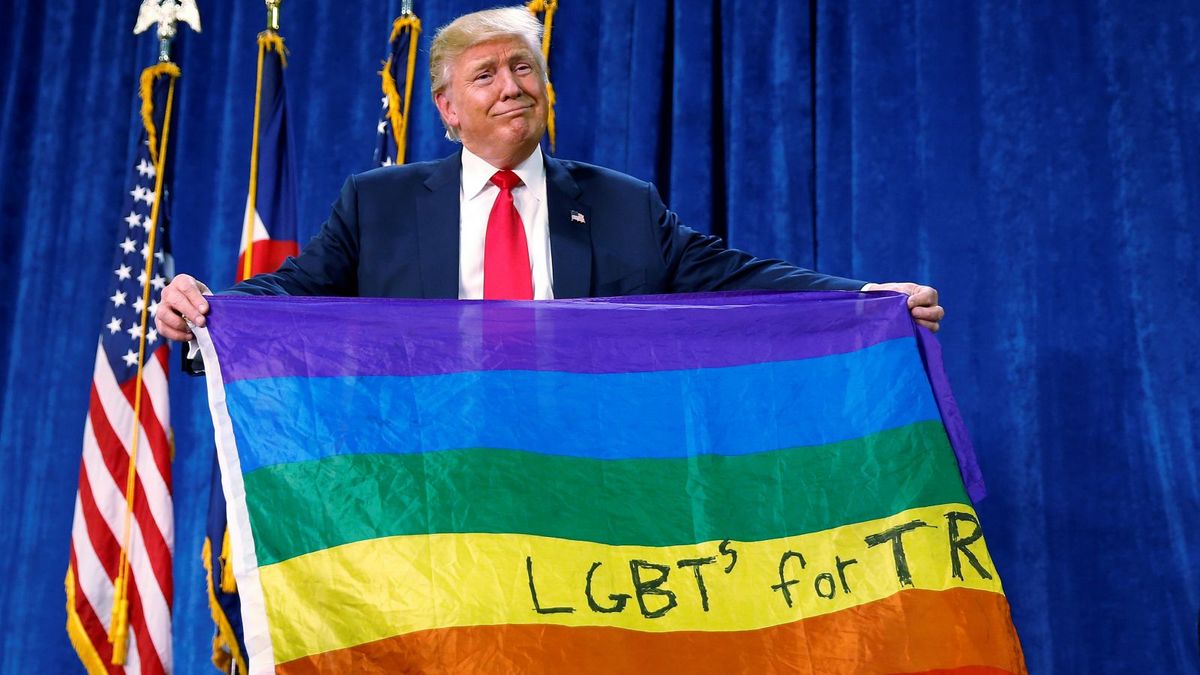 President Donald Trump announced at the Republican National Convention of 2016 that he was "a friend of the gay community." This received an awkward silence.This declaration, after all, was in direct opposition to previous statements, such as Trump saying he might nominate Supreme Court justices who would overturn gay marriage. He has also mentioned his friendships with gay individuals while avoiding "anti-gay rhetoric" that most GOP candidates utilize.

As we entered this election, defining ‘pro-gay” was difficult because it did not mean in the support of all gay people, and certainly not all queer people. I use the term "queer" because I find it more inclusive than “LGBT” and “LGBTQIA.” It is an imperfect, catch-all term for people who have different gender identities, biology or sexual orientation than fits outside socially constructed “norms.” It is important to note that Trump has stated he was “pro-gay,” and not “pro-queer,” because he leaves a lot of people out of the equation, as do other “pro-gay” republicans.

Peter Theil, a white gay man, a Trump supporter and the co-founder of PayPal, explicitly called out for better GOP treatment of queer people during the same RNC that Trump made his declaration. However, gay and queer members (usually white men and sometimes women) of the republican party have stated that they can bargain for intolerance toward ‘other’ minoritized groups (namely latinx, Muslim, black and trans) for increased ‘gay’ rights. This obviously does not protect all or even a fraction of queer people. It leaves out queer people of color, trans people, queer people with disabilities, queer immigrants, and queer Muslims.

Well, that was just his platform. Surely Trump, who boasts of a handful of ‘gay’ friends, improved his policy when he entered the White House?

Trump removed queer content from the White House and State Department by his second day in office. On January 25th, the ‘travel ban’ that only affected Muslim-majority countries affected queer refugees in profound ways, and "could amount to a death sentence to LGBTQ people who have few means of escape."

Trump has confirmed, starting in February, anti-queer officials, including Betsy DeVos, Jeff Sessions, and Roger Severino. Servino once stated, about trans equality, the radical left using government power to coerce everyone, including children, into pledging allegiance to a radical new gender ideology. Servino will head the Office of Civil Rights at the Department of Health and Human Services.

Most recently, Trump’s “Religious Freedom Act" has been in the press. According to leaks from the original text, the order would block the federal government from retaliating against those who act -- or refuse to act -- based on their religious objections to same sex marriage, transgender people, abortion, contraception, and sex outside marriage. This received massive resistance from the ACLU, among others.

Queer people, and those who support queer people need to consider how policy, going forward, is going to affect not only us, but queer people of color, trans people, queer people with disabilities, queer immigrants, and queer Muslims. We have got to stick together.

Trump is no friend.
Report this Content
This article has not been reviewed by Odyssey HQ and solely reflects the ideas and opinions of the creator.

Glorie Martinez
42
Why I Write On Odyssey