Sorry, But You're Not A True Mexican-American If You Don't Speak Spanish
Odyssey

Sorry, But You're Not A True Mexican-American If You Don't Speak Spanish

Or so they say. 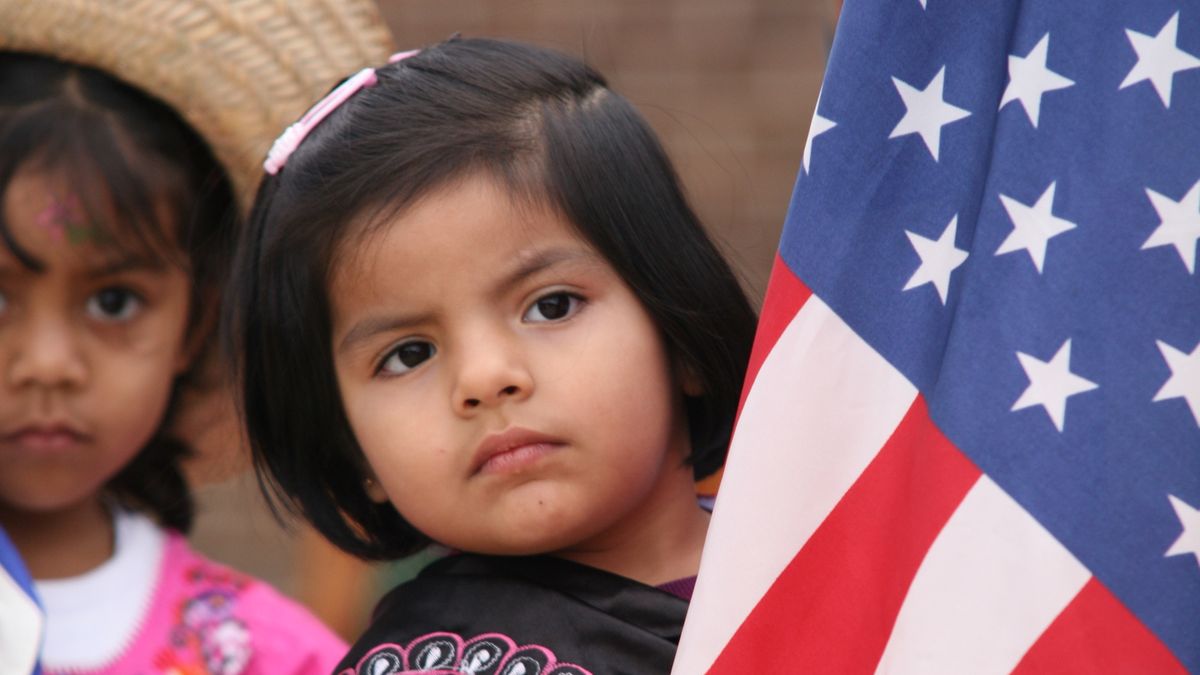 You never get used to that condescending little smile that sweeps across another Latino’s face when you say, “I can’t speak Spanish.”

“Oh,” they say to your face. All the while their eyes scream,

I’ve been told that my Spanish is part of my culture, a piece of myself that I should never lose for fear of forgetting where I came from. (I don’t hear anyone asking me to learn Nahuatl because more than half of my bloodline comes from Native Americans, but okay; I’ll buy it.) This argument fails to recognize the hypocrisy that lies behind instilling a language on someone in order to gain acceptance from a community they’re already a part of.

Much like my grandmother could claim a lack of acceptance in the United States for not being able to speak English despite her being born and raised an American, I can claim the same lack of acceptance from a culture that does not want me because I don’t act like the stereotypical Mexican they envision.

The thing is, I didn’t come into this world with maracas in my hands, a sombrero on my head and rolling my Rs. No one does, because culture is not something that you just are; it’s not a sexuality. Our culture comes from personal experience and the history of our ancestors. It is constantly evolving, a proud representation of the accomplishments and struggles its descendants continue to make through migration, progression, perseverance and survival.

My personal experience: My family has lived in the United States for more than three generations. I was born into a home where I learned English and Spanish as a child and went to a school that discouraged speaking Spanish in the classroom. As I got older, I was only exposed to English literature and, as a result, was drawn to music and movies in the English language.

As a teen, my Spanish, although not completely gone, was broken enough to not stand on its own. My Spanish survived in a new world where Spanglish is understood at family dinner tables and in the pages of a growing number of Mexican-American literature. My Spanish evolved to fit my identity.

It is regional, considered incorrect in my grandfather’s hometown in Mexico, but as easily understood as the American slang that has replaced proper British English in the United States. It’s a corruption of two languages that were introduced to my ancestors by their oppressors. It bridges my identity the same way it is connected by the hyphen I am identified with in this country.

The history of my ancestors: When Spanish conquistadors reached the Americas, they conquered the land and imposed their native tongue and culture onto the Amerindians in the area, which is why among the many other native languages that are spoken in Latin America, Spanish is spoken by a majority of those who reside in Mexico.

The history behind the language is as messy as the origins of my bloodline. There is pride, there is pain, there is change made out of necessity. There are as many variations of the language as the names I am given in the United States: Mexican-American, Chicana, Tejana, Latina, Hispanic, Latin-American. I am all of them and none of them. I am always too much of everything, but never enough of one thing.

Oftentimes, Latinxs treat themselves no better than others treat us. How do we expect to reach Latinx unity if we are constantly judging one another’s authenticity?

In recent years, I’ve made an effort to improve my Spanish fluency not because I come from Mexico, but because I am a brown woman that lives in the United States. The Latinx people in this beautifully diverse country fall all across a complicated spectrum of English and Spanish fluency, and rather than choose which of them I will connect with, I make an effort to hear them all. For no matter how many centuries our families go back to a native land on either side of the border, we are seen the same. No matter our level of education or practice of morals, we are still all perceived as lesser. I refuse to waste time pitting struggle against struggle, nationality against nationality, when we are still all held down by the same oppressor.

I learned Spanish not because I look Mexican and needed to satisfy the stereotype others made for me. I learned Spanish because it is a lens into the worldview of my history, it is the bridge between the origins of my culture and me. I learned Spanish because from my loose multilingual upbringing I know that no matter how much you try, there are some words that can never be translated into another language, into a mind that does not understand its true meaning. I learned Spanish not to preserve my culture, but to ensure that it evolved in the right direction, taking all of the best that I can from the practices of my ancestors and learning from the mistakes and restrictions that were placed on them in the past.

The truth: I am a Mexican-American. I claim both as my culture. Even if I were to lose the gift of speech today, the knowledge I have gained of my history, the practice of my culture, the celebration of my food, my music and my lifestyle would still all be mine.

I don’t sit around quizzing Latinos on their knowledge of the impact Chicanos in the United States have made to prove that they are truly Mexican-American. I could easily create an argument that even if you weren’t given an extensive knowledge of that particular history growing up, you could still make the effort to learn. I could push that if you don’t know the history of where you come from, you’re not really Mexican-American at all. But I don’t, because it’s not true.

Waking up every day and being reminded at some point that someone sees you as an other, that you are marginalized, that you are not properly respected because of which box you check on the census, that you see the world differently because of who your parents are, the religion you were raised with, the music you dance to, and the clothes that you wear… this is what makes you Mexican-American.

Your identity and culture are so much more than a degrading stereotype that claims you must look, work, speak or act a certain way for your experiences to be validated. So, learn Spanish, or don’t. Go forth with the intention of learning for a greater purpose than compliance.