What One Tree Hill Taught Me About Life, Love, And Everything In Between

What One Tree Hill Taught Me About Life, Love, And Everything In Between

It's a lifestyle. It's a religion. 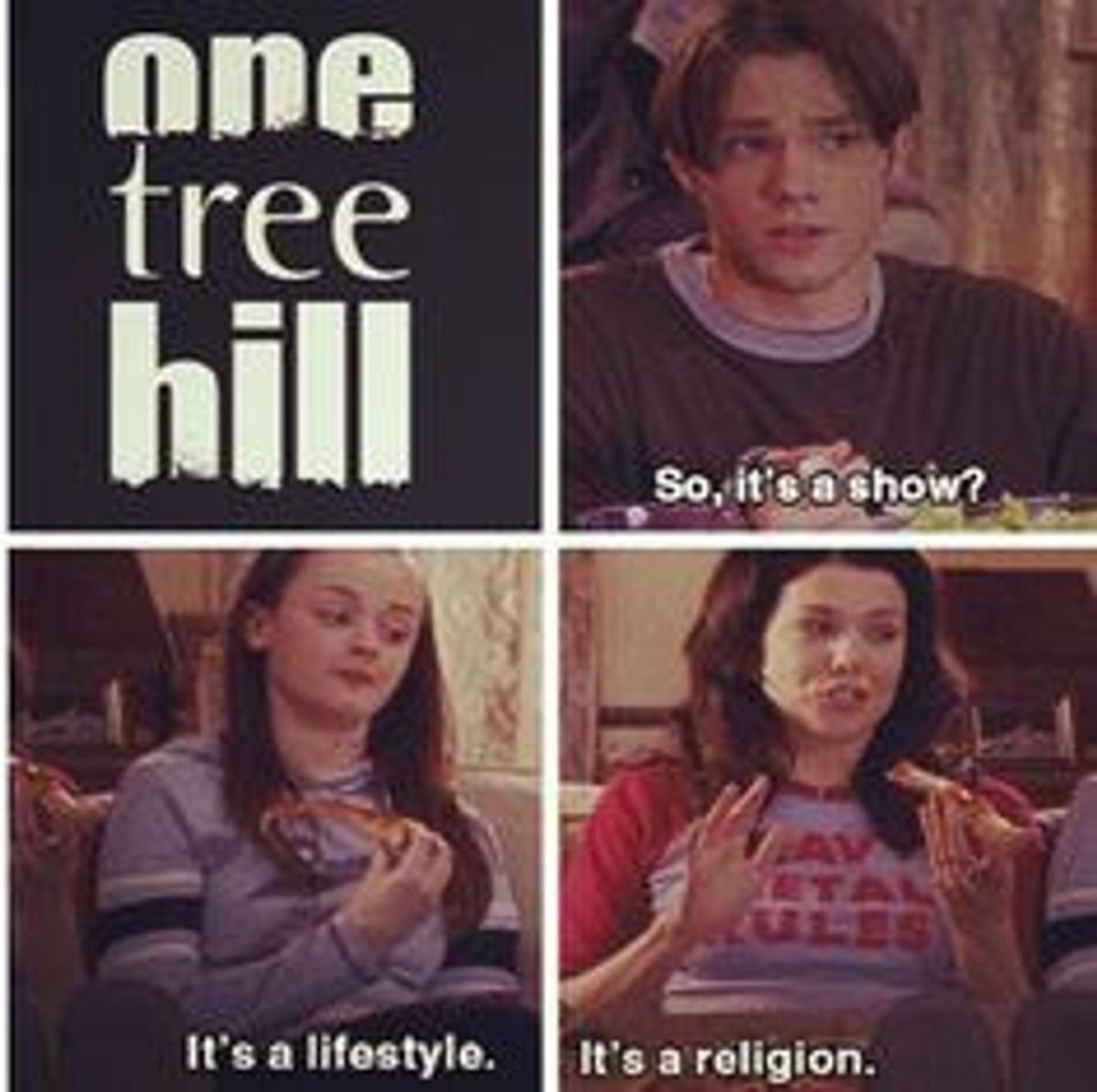 If you haven't seen One Tree Hill then the possibility of that is that you're living under a rock. If One Tree Hill isn't your favorite tv show or at least a top five contender then something is wrong with you, so chances are you might want to go see a doctor. OTH first aired in September of 2003 and didn't have great ratings at first but continued to keep the show going a few more weeks to see if people would pick up on it, and boy did they.

OTH easily became a household name, it easily reached the heart of many of America's teens. Although the actors playing teens were way past there teen years the sow was still totally relatable. In fact the show was the most relatable thing to hit TV in quite a while. It had broken families, together families, love, heartbreak, teen pregnancy, lies, betrayal, friendships, high school, and happiness.

It talked about important issues like teen pregnancy, weight issues, suicide, mental illness, rape and a multitude of other things. It didn't force any of these things on you like your parents would or make the topics feel weird. It made them seem relate able and somehow captured America's attention.

When it ended I felt like some of my closest friendships ended, I felt like I knew these people! As weird as it seems I honestly felt like Jamie was my little brother, and that I could go downtown to shop at Brooke's clothing store, Clothes over Bros, and that Haley was a lifelong friend. When it ended the only logical thing to do and the only thing that would keep me sane for the years after was to re watch all nine seasons.

Since it's ended I've watched all of the episodes about six times. Every time I re-watch an episode I learn something new, I relate to something new. I've cried with the show, I've laughed, I've been sad and I've been happy all because of TV show greatness. OTH changed my life and I'm certain it has changed others as well. It has taught me the meaning of family, the value of friendship, how to push through the tough times, and celebrate the good.

One Tree Hill taught me the meaning of family

From Karen and Lucas always having each others back, Nathan and Lucas getting past their differences, Haley and Nathan making things work for their family despite some hard times to Dan saving Nathan after Nathan more or less wanted nothing to do with Dan for so long. OTH showed all the mishaps and misfortunes of family life but also showed that with family you have it all.

One Tree Hill taught me the value of friendships

Lucas and Haley were b/g friend goals no lie. They were there for each other constantly. They picked each other up whether they were right down the road from each other, or miles apart.

Brooke and Peyton were typical BFFs they had their fair share of fights, tears, and laughs. Brooke was there for Peyton when crazy Derek posed as Peyton's brother. They got past the whole Lucas fiasco ordeal. They welcomes Haley into their friendship family.

Nathan and Lucas grew to be best buds and the best of brothers despite everything with their dad Dan. They learned that family is your first friend.

Each and every cast member showed you that friends are more than friends, in the end, they're family.

One Tree Hill taught me that zero is not a size

OTH never once made it out to be that way. OTH accepted everyone as they were. There was one episode in particular where Brooke is a big designer in New York and is furious that her models are SO skinny, so she hires her friend Millicent to walk the runway sporting a tank that says "zero is not a size". That has always been one thing that has stuck in my head through the years.

Whether it be drugs, alcohol, new friends, a new relationship, or simply timing and life you never give up on someone you love because chances are if you put in time with this person you will get through whatever is going on.

Everyone grew up in this small town, basketball is the game and Tree Hill is the name. They planted roots there. They went to school there. They lived and they loved there. After highschool everyone went their separate ways from Peyton going to LA, Brooke going to New York and all the others going a number of other places. Tree Hill was still home. It was where their parents lived and where they walked the streets many times before. They could always come back to it. That's the thing, where you grew up is always going to be home no matter where life takes you. It will always be a safe place for you where people know your name and where life began.