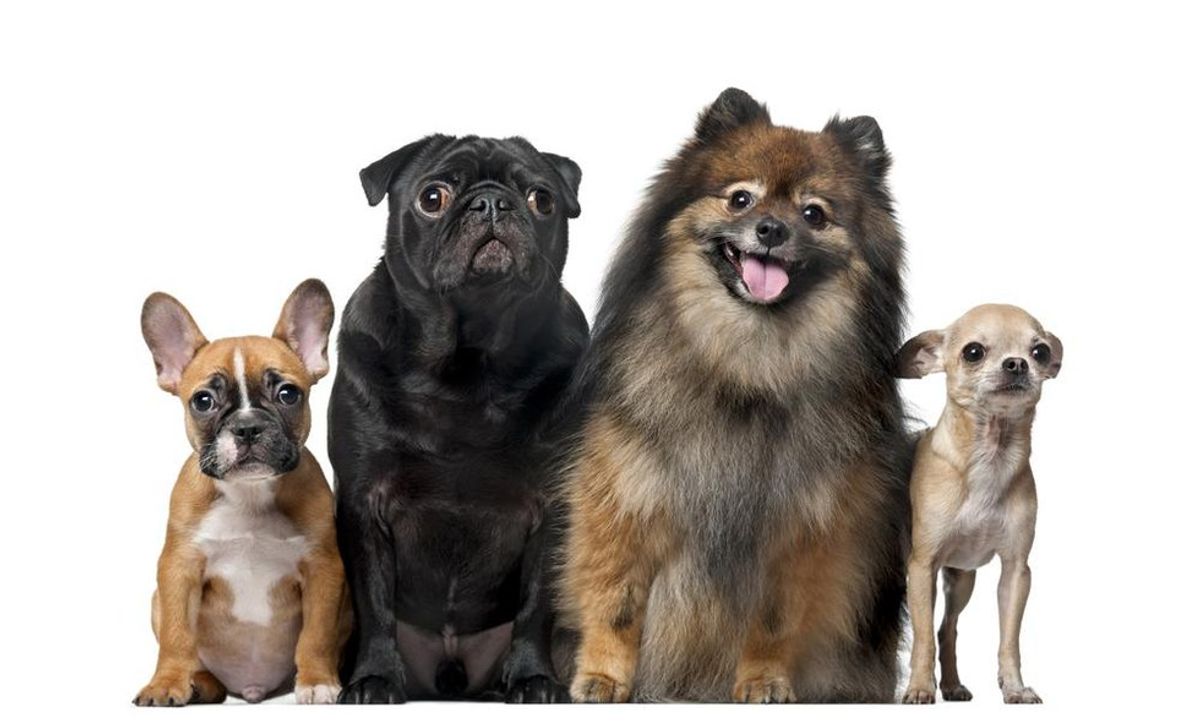 If you are anything like me, then you love dogs...and that is an understatement. We all know that dogs can be a lot of work, and most of the time they are. Being a college student that will soon live in my own apartment, I have been on the hunt for good apartment dogs. And i came to the realization that there are so many great dogs out there that will not feel squished in a tiny apartment and don't need a lot of exercise. I found ten breeds of dogs that are great apartment dwellers. So if you want a dog but don't know what kind of dog will work, then keep reading!

These lovable little dogs are great apartment dwellers! They weigh less than twenty five pounds (this often seems to be the limit for apartment dogs), aren't very active, and love to cuddle and just be inside with the family! They are quite lazy dogs that don't often run around a lot and this is great for someone who lives in an apartment and doesn't have a backyard for them to run around in.

These dogs are quite hilarious and have a famous "wiggle butt" that makes them so lovable. Though some may weigh more than twenty five pounds, most are in the twenty-twenty five range. Cocker Spaniels love to be with their humans and do not care about running around and catching balls. They mostly love to lay around and be lazy, which is perfect for someone who doesn't have the space for them to do that.

Chihuahuas are one of the smallest dog breeds, but that doesn't stop them from having outgoing personalities! Though Chihuahuas do like to play, they are fine in an apartment because they are so small and can easily run around in it. Chihuahuas love humans and they are very sweet once they warm up to you. Not all of them are super active and you may end up getting one that is super lazy, haha.

Pugs are quite the rage right now, and it's understandable why they are. They are very small, weighing in at a maximum of eighteen pounds. Like chihuahuas, this breed likes to play so if you want a dog that is active but small enough for an apartment, this one is for you!

Dachshunds are very sweet and love human companionship. Most only weigh around ten-fifteen pounds (if you get the miniature version). They are very loyal and like to cuddle and be around people. If you want a mostly lazy dog that only like to play occasionally, this one is for you!

Italian Greyhounds are basically the miniature version of a greyhound. These guys have speed and like to run around every once in a while, but they woukd happily do that in an apartment. They are sweet lovebugs that love to cuddle and just be around people! They are a great apartment dog

King Charles Spaniels are similar to Cocker Spaniels, just smaller. They love human companionship and very much love to cuddle. They have sweet dispositions and are extremely lazy. They do not care about running around at all. As long as they get daily walks, they are fine!

Toy poodles are a fifth of the size of their bigger counterparts. Weighing only ten pounds, they are great for apartment living. They do not need nor want a lot of exercise. They are very sweet but also love to be independent sometimes.

French Bulldogs are one of the laziest dog breeds. They only care about human companionship and do not care about chasing a ball around. You can find them asleep in their dog bed or in your lap a lot of the time.

A Boston Terrier is a small dog breed that does not mind being in a small apartment. They have sweet temperaments and though they love being outside, they do not need a ton of exercise everyday. They would like to go outside and run around for a little bit though!