To The One That Got Away
Odyssey

To The One That Got Away

This is for you 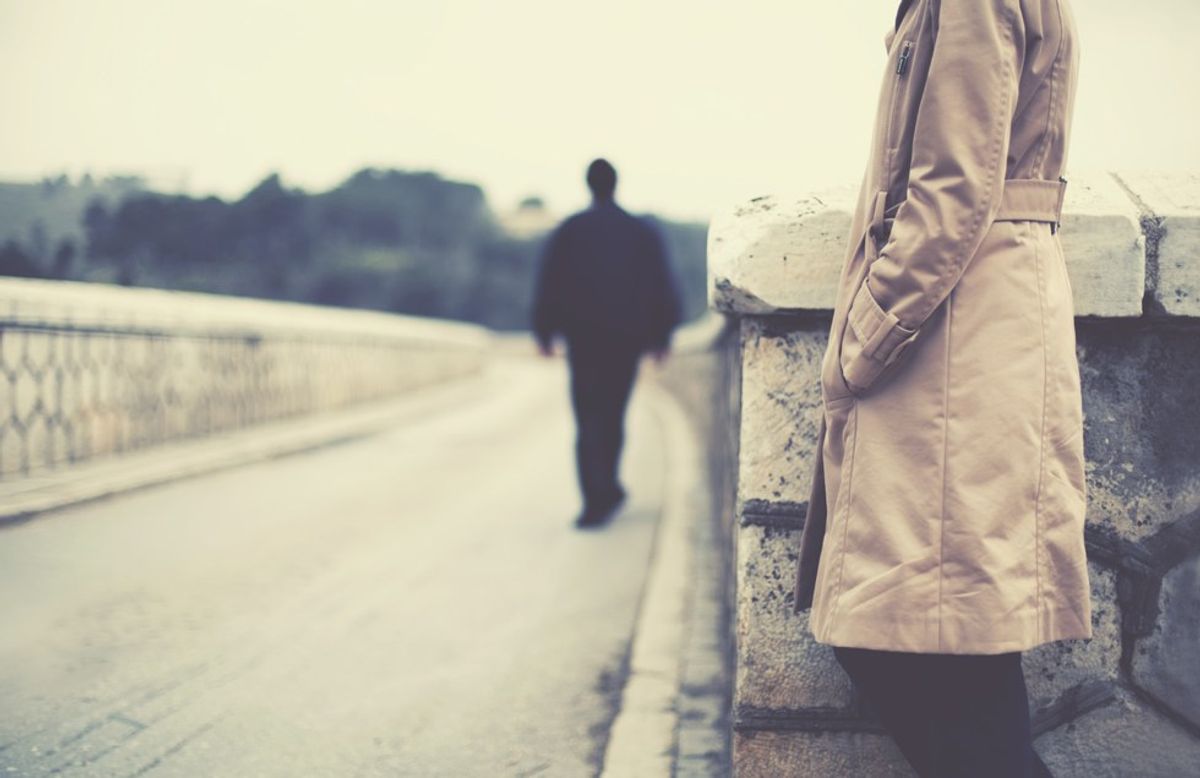 This is a very important letter that my good friend wanted to put out into the universe. She worked very hard on it and would love for all of you to read it.

For me, I hated everything about you. You were so annoying, you would text me randomly, you wouldn’t give me space, you would constantly get in my business and follow me around school. I guess you can say we were acquaintances but you thought we were the best of friends. However, whenever I did need that somebody to go to you were there for me. I was so afraid of everything. I was afraid of my own shadow, I was afraid to talk to you and get too close, I was even afraid to fall in love after my last incident. You proved to me that I had nothing to be afraid of.

We had a unique friendship that first year. In fact, it was one of those friendships that I would keep telling myself I hated you but in reality I would always text you because you put this huge smile on my face. All my friends saw how happy I was, and I never thought I would have such a close friend that was a guy. You knew everything about me in a very short time period and you would do anything possible to brighten up my day whenever something bad happened. For somebody being younger than me, you even came to take pictures with me before the event because you thought it was the proper thing to do, even though I never understood that, but it made me feel good.

I was a super insecure person. I was nervous to open up to anybody but you gave me a place where I knew it was safe to do such a thing. After a year of having the best friendship with you, things started growing even though I would still admit I hated you. It was more than hate, more like a despised feeling. After my friends kept questioning me about ‘us’, I knew I had to come to terms with myself. I admitted I liked you to my friends but they were the only ones that knew. ..Or so I thought, pretty much everybody knew how much you liked me, but it was a bitter sweet feeling. I would like to tell myself after a year of “hating you”, I just gave in to dating you but in reality I liked you so much i was ecstatic to be with you.

It was my senior year. I had to choose a college. I did not know how we were going to make it work but we still had a few months before we had to about what college I was going to. Memories grew, we would always hangout, it was a perfect year. I would go to your extracurricular events, you would go to mine. There was never a moment that I was ashamed you were my boyfriend. You kept making me the happiest girl alive. You encouraged me to go to the college that was my top choice even though it was further away. You cheered me on for everything, and most importantly you stayed by my side through the good times and through the heart breaks I encountered along the way.

My first year of college came, and you continued staying by my side. If there was something you wanted to see and it was being live streamed, you would turn on youtube and watch me. If i was having a bad day, you knew how to make me feel better whether it was with a phone call or a simple text message. You were always there for me even though we were 450 miles apart, and about seven hours apart without traffic. If you weren’t able to visit me on a specific holiday when you wanted to see me, you would send me a gift because you felt super sorry. I was in love with you.

The summer came, we went away. There were so many good moments, and I felt bad for leaving you again to go back to school. The next year of college came. Here we are today as I am currently a sophomore in college. Everything was going well, until things just weren’t. You weren’t telling me many things anymore, you were hanging out with so many people that were considered “popular” and “cool” and that wasn’t you. I knew something was going to happen one day but I knew everything would resolve themselves and I wouldn’t have to worry about anything just yet. Your friends even told me that we were going to be okay. We would go on and off but you still made me the happiest person ever and still encouraged me to reach my goals. I believed everything would be okay, until I finally opened up to you again. I told you that things felt different and you read the message and ignored me. I was hurt. Later that day you called me saying you wanted it over. I cried and cried for hours. I cried for weeks. Two months later, I still cry. You did a repeat performance of what happened to me the first time, and I believed everything would be different. Two years later and I just wasn’t the person for you, because I was too far away.

A few days later you were in a relationship right away. I felt my heart break into a million pieces. Nothing seemed right. I felt like I wasted your time, I wasn’t your person. I tried reaching out to you but all you did was act cold to me and then start ignoring me. Not only did you just “let me go”, you started acting different to all your friends, and even to your family. But I hope the new girl is everything you ever wanted in a girl.

For the new girl: Since there is already a next after me...you should know all about him. He loves to drink water to keep hydrated, and he also loves to sleep. One of his favorite things to do is cuddle up with another person. When he gets mad it's usually because he has a lot to do and he doesn't want to do it, or because everything is crashing down at once and he thinks the world is going to end. When he plays his games or plays his jazz music in the car, don't take that away from him, that's what he loves to do. If you think he isn't focused on you, trust me he is. When he talks about all his medals that he received, he's telling you because he's proud of all that he has accomplished and he feels that you are the most important person to tell it to. When he asks for Starbucks, go for the ride to Starbucks and pay for him once in a while, you'll see the huge smile on his face come out. He loves helping others out, so let him help you out once in a while. It will pay off. He likes to bake, so if he asks you to bake, bake the food with him. You'll feel like a married couple while he holds you as you both make food together. Spoil him, he likes pictures of you. He will show you off and his family are one of the best people ever and they will remain a part of you forever. Be friendly and most of all be polite to his mom because she does more for you than you can imagine. If he doesn't want to admit something right away, he soon will, in about a minute most likely. He likes when you lay on his chest. He will make you the happiest girl in the world but remember you have to reciprocate the favor. He was the person I was afraid to fall in love with but I was the happiest person ever when I did. When fights happen, don't let them get in the way, talk it out but move on. Don't waste his time, don't date him for no reason, or because you really want to go to prom because that won't matter after you graduate. He is the first person on my mind in the morning and the last person on my mind before I go to sleep. He is one special person and I would do pretty much anything to be with him today. Take care of him well, and do not hurt him. He was my everything and you should make him your everything.