To The Girl Who Wears My Number
Odyssey

Play your heart out 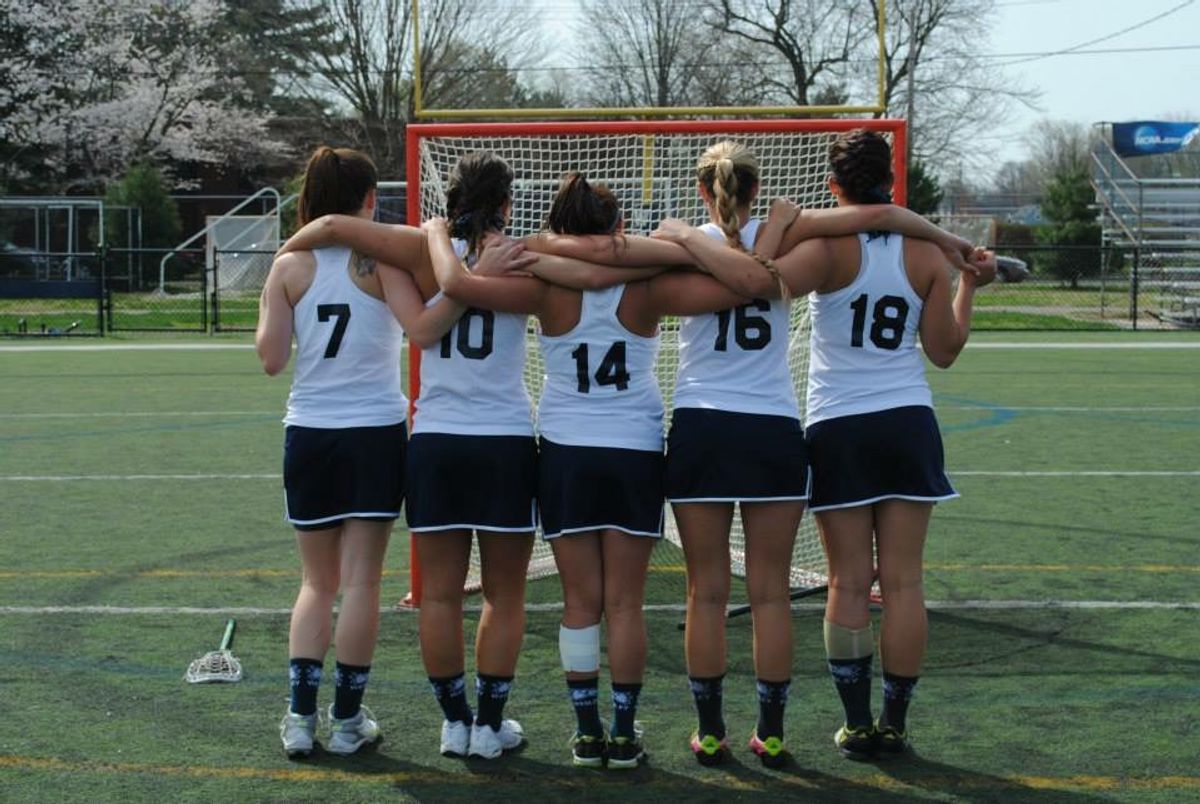 To the girl who has my number:

For one, you’re super lucky, just because it was mine. Totally kidding.

Playing for Wesley wasn’t about having nice gear, overtime wins or championships for us. It was about working hard, doing our best and supporting each other.

I joined the team my freshman year, halfway through the season. I could barely catch or throw, or even scoop a ground ball. I thought for awhile I would never pick it up. A few weeks later, I mastered the catch and throw, but couldn’t cradle to save my life. I had started traveling with the team and our next away game was against Frostburg. It snowed for the majority of the game and the field was covered. We barely had enough players to play the field, and with a couple injuries occurring during the game, I was the last option for a substitute. Let’s just say I was running around like a chicken with its head cut off.

I eventually progressed with practice and lots of determination. I put the whole cradling while running thing together, and actually got pretty decent at catching the ball. Although my defense still sucks. I’m glad coach moved me to attack my sophomore year. I’ll never forget when I scored my first goal. More importantly, I’ll never forget when I scored against Salisbury. But to this day, I can’t remember to freeze at the whistle to save my life.

I quickly learned that actually playing in games was a complete bonus to being apart of the team. Not a lot of people get to say they had a chance to play a college sport with their best friends, but I’m so thankful that I do. Of course, practices could be a drag sometimes and we dreaded going to study hall, but I can’t even count how many times I almost or probably did actually pee myself from laughing so hard. Despite even some of the worst possible situations, you could bet we would make sure we made the best of it. We lost one of the best coaches I’ve ever had and got stuck in Dover for a spring break, but those were some of the best times of my life. 6 AM’s in the rain and getting pummeled by Salisbury wasn’t much fun either, but playing in Disney World and hanging out with each other everyday was. Oh, and can’t forget shoveling the turf with folding tables and chairs! That really sucked. We were a family on and off the field, and our friendships certainly weren’t forced. The Alumni game this past weekend certainly reminded me of that.

So, to the girl who wears my number, wear it with pride. Not because of me, but for you and the rest of your team. Always remember that with good times come the bad, and to always give it 100%. Cherish the moments you have, because they won’t last forever. There will be days that you feel like quitting, but don’t give up. Keep pushing yourself. Run through those ground balls and make that last sprint to the restraining line count. Always remember to laugh to enjoy it all and most importantly play your heart out.