To The Girl Just Starting Out

To The Girl Just Starting Out

“Somewhere behind the athlete you've become and the hours of practice and the coaches who have pushed you is a little girl who fell in love with the game and never looked back... play for her.”-Mia Hamm 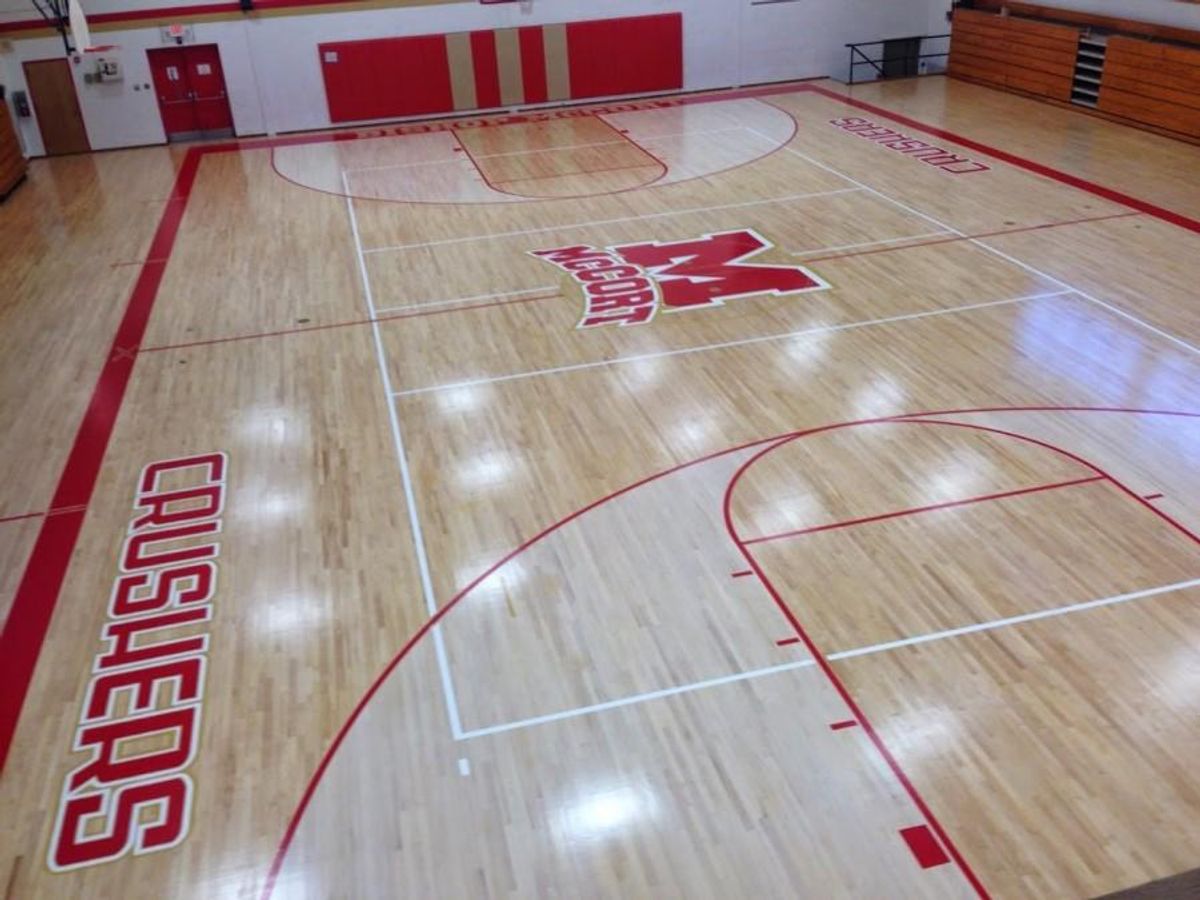 To the little girl just starting out playing basketball,

Welcome to the game that, hopefully, will become something that you will grow to love and never want to give up. Hopefully, you will play on teams until you can't play anymore. Even after that point, you won't want to turn down a chance to shoot around for fun again, or to lace up your shoes to play a quick pick up game. There's nothing better than playing to relieve the memories. But, until you reach that point in your life, allow me to give you some advice.

First of all, practice makes perfect. I don't mean to sound so stereotypically, but it's true. Going into my freshman year of basketball, I was awful and left handed layups. I knew I needed to get better at them in order to be a better player. So what do you think I did? I practiced them, even though they looked strange, they went in and to me, that was the most important. The more you practice something, the better you will be at it.

Next, stick with it. Giving up over playing time or not getting to play the position you wanted is not good. If you don't get to play as much as you like, take it as a sign to work harder and maybe your coaches will notice. Hard work, and again, practice, pays off in the end. In addition, no matter what the score is during a game, keep playing. If your losing by a large number, keep playing, giving up won't make your team any better. Plus, you never know when you can make a comeback. The same applies for when you are blowing out the opponents. They want to play as much as you do. Don't get all stuck up and think you're better than them because you never know what could change the outcome of a game.

Cherish everything. From the first time you picked up that ball and dribbled for the first time, to the time you walk of the court after your last game. You never know when your season can come to an end. Once it's over, there's no going back, no matter how badly you wish you could take the court one last time. I know this feeling all too well as a college freshman watching her former team from the stands. Somedays I really want to just go to another practice and go through all the drills and to run plays again. But, that's my past. I have to accept it, and sadly, someday you will have to as well. But, until then, enjoy everything because you'll look back on these memories you have made someday.

Continuing, don't beat yourself up. We all miss a shot, mess up a play, or turnover a ball. It happens because nobody's perfect. As my high school coach used to say, "Put it in a bubble and blow it away." Forget about it and move on to the next play. If you have a bad practice before a game, don't think about it on game day. Getting inside your own head and psyching yourself out isn't going to help you or your team do well. On this same point, don't let others get inside your head. If there's someone in the crowd or student section yelling something at you like "Airball" after you miss a shot, block them out. They aren't out there playing, they don't know you. Just keeping your head up high and play on.

Remember that you are not going to become the next Lebron James overnight. You have to work hard and dedicate youself to being a better player in order to succeed. And yes, it's going to take time. After all, Rome wasn't built in a day. You have to learn to play the game in order to be able to be successful and to do well. But, remember to take it one day at a time. Again, as my high school coach said, "It's not a sprint, it's a marathon." Take it one step at a time, and you'll eventually get to where you want to be in your balling career.

Lastly, don't forget who you are and who you play for. You are a member of a team. Taking the floor with five other people means everyone needs to work together in order for the most success possible. Don't play ballhog, or not pass to a certain person if they drop the ball once. You're a team and you have play as one. Also, I always like the quote,"Play for the name on the front of the jersey and people will remember the one on the back." This means don't go out there and play for boosting your own stats or pride, but play for your school. Bring pride to your school name with how you play on the court.

Hopefully, you find this advice helpful and you continue to grow in your love of basketball. May you practice hard, overcome obstacles, and succeed well in your career. Good Luck.