The 2017 Inauguration and Me 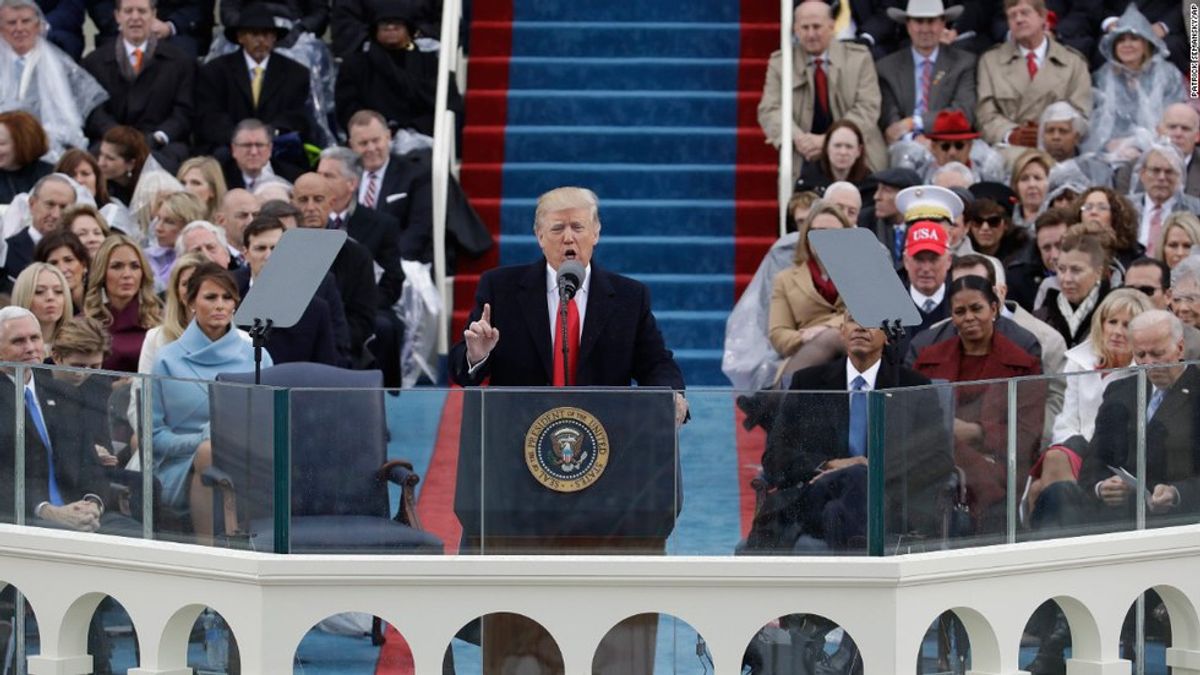 Before I begin, I'd like to say it took me three tries to spell the word inauguration correctly, which I found sad and hilarious.

Moving on. This past week held a lot of emotional moments for me; stubbing my toe, food poisoning from an eatery I thought I could trust, spilling an entire box of granola bars on the ground, and wrapping up the first season of "A Series of Unfortunate Events" on Netflix. However, one of the most moving parts of my week was the inauguration of our new President of the United States, Donald Trump.

For many, this inauguration finally put into reality something that they hoped would never happen. I've written in the past about my thoughts on Trump's election, so I won't go into great detail about it. However, one of the saddest realizations was the knowledge that the United States would be losing the best president of our generation. Barack Obama was our first black president, a huge milestone for the U.S., and his presidency made many feel that their voices were heard for the first time, which is why, I believe, protestors and others against Trump feel so strongly opposed to him; because Donald Trump doesn't respect all Americans' thoughts and opinions.

However, clearly Trump is voicing the concerns several Americans have had. So, for those who are being heard, I say, congratulations. I know how it feels to feel like you're shouting into a void to no avail. Don't forget to appreciate these moments. But, also, don't forget to listen. I've talked with friends and family who have completely different viewpoints than I do, and, although I still don't agree, I can understand their side and more easily see the silver linings they see. It's helped me grow and strengthen in my own thoughts and opinions. It's not always about needing to change something to fit our own needs but about seeking to understand something different from ourselves.

The violent protesting is a bit excessive in terms of practicing your freedom of speech; however, I am sure peaceful protesting was also used. This isn't the first time a president's inauguration has been protested either. It's to be expected from either side, Republican or Democrat, Conservative or Liberal, when their supported candidate loses. It goes back to not feeling like their voices have been heard.

Am I happy with the election results? No. Will I be ok? Yes. We will continue to fight for our rights, our morals, our values, and for our families and those we love in order to give them the best lives we can. Things may change and we may not always be happy with them, but we have to stick together and stay positive. Now, I didn't watch the actual inauguration (only bits and pieces from the internet), but I know that one good thing to come out of this is the most meme-worthy photos ever:

What are your thoughts? Let me know in the comments.