Suggestions on how to strengthen your positions against Donald Trump and all other debatable issues. 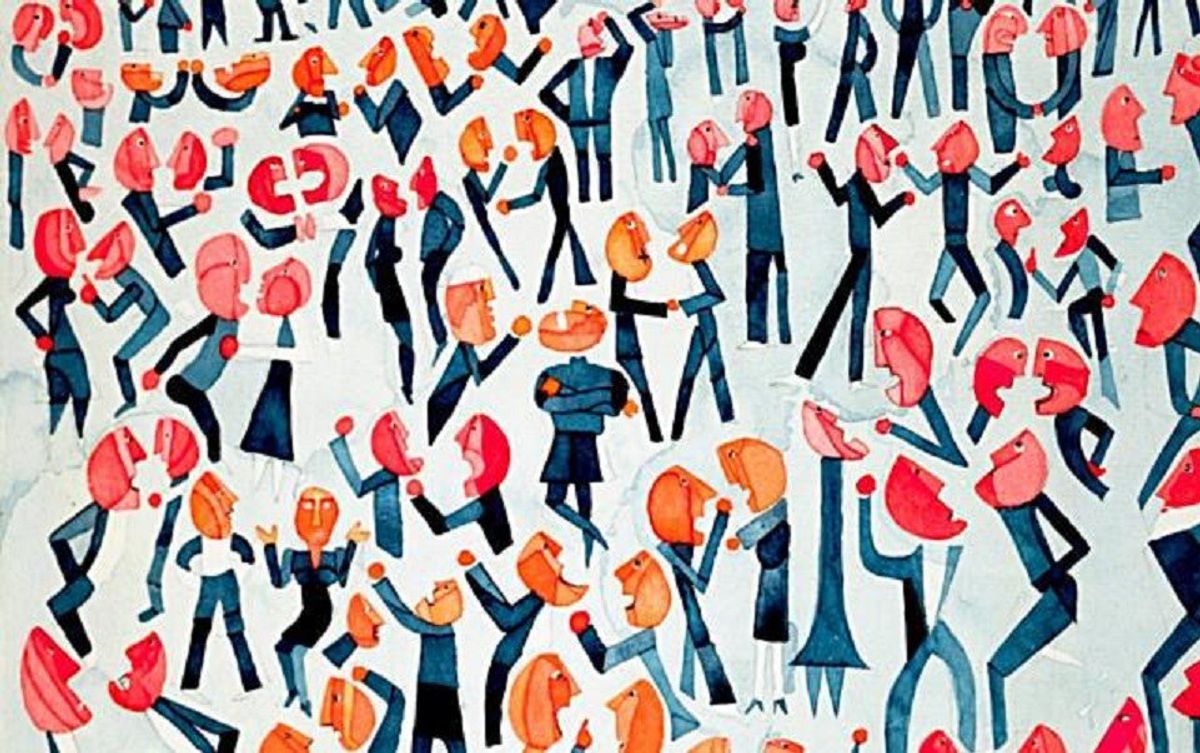 In the wake of the 2016 election, social media forums have blown up with discussions regarding President-elect Donald Trump. Some of the many topics circulating the internet concern the future of our nation, the safety of minority groups, the anti-Trump protests, and the qualifications of Trump. I did not vote for Trump, and personally find him to be in violation of every value that our country calls American. When the election results were announced late on November 8th, I sat staring at the ceiling trying to process an overwhelming combination of frustration, anger, fear, and resentment. Heated to say the least, I tuned into the online discussions and began venting out my emotions by debating with Trump supporters. I, like many people, am infuriated that our country could elect someone who has disparaged women, Mexicans, Muslims, immigrants, refugees, African Americans, Arabs, prisoners of war, protesters, and journalists -- to name just a few.

I have to admit that after looking back on some of the things I have said in arguments over the past several days, I feel ashamed. It’s incredibly hard to argue with what I call the “mental wall of privilege” that prevents people from being able to empathize, or even consider the gravity of any situation that does not specifically affect them. However, I should have kept in mind that the things I say are taken by the opposition to represent the whole community I am arguing in favor of. If I continue to lose my cool or argue ineffectively, I could actually be just as regressive to the causes I care about as the opposition. Inspired by the errors I have made in recent debate, I have compiled a short-list of ways to improve the quality of discussion in online communities. I have to emphasize that I am not in any way trying to de-legitimize the emotions that people are feeling about the trajectory of our country. Rather, I am only voicing suggestions for how to strengthen the discourse made by those who are protesting the president-elect.

It’s unfortunately, extremely easy to insult somebody on the internet. Scrolling through Youtube comments always brings to mind the Stanford prison experiment. In essence, when the average person is handed a certain degree of power, the tendency is for that power to be abused. The internet is an incredibly powerful tool -- a massive global village connecting ideas and people from all populated continents that can fit in your back pocket. This amazing communicative tool, coupled with a liberating feeling of anonymity, makes it incredibly tempting to call anyone you don’t disagree with a mouth-breathing troglodyte. As hard as it can be, sometimes I urge the online communities to avoid name calling because in the end, it will only detract from your overall argument.

When arguing with an individual (or individuals) online, avoid attacking the person’s character rather than the content of their argument. If someone provides a contrary opinion to yours, focus on refuting their argument instead of bashing them as an individual. For example, Trump once called to question the credibility of federal judge Gonzalo Curiel because he is Mexican. This is an example of ad hominem. However, it is NOT ad hominem to comment on someone’s character if their actions or words express prejudice. It is within your right to call someone a racist if they say something racist. For example, it is NOT ad hominem to say Trump is racist, because his actions, words, and legal suits filed against him provide ample evidence that he is. Furthermore, in regards to Trump, his moral character is completely up for scrutiny because he is a public figure who has repeatedly said racist, sexist, and inflammatory remarks to women, minority groups, and anyone who is critical of him.

Much of Trump’s rhetoric has relied on blanket statements and stereotyped generalizations made about people of color, the political left, and the Obama administration. These statements are powerful on the surface, but hold no weight and are founded on little to no evidence. The main reason to avoid blanket generalizations is because they are extremely easy to poke holes in, and will take away from the validity of your overall argument. Avoid calling ALL Trump supporters racist, sexist, and homophobic. In response to Trump supporters who say they voted for Trump based on his fiscal policy or stance on Obamacare, inform them that although their motives may not be hatefully charged, the candidate they elected has promoted and encouraged hateful behavior in his supporters throughout the entirety of his campaign. Remind them that even though they elected a candidate based on specific points in their platform, the entire platform was elected -- including the parts that marginalize minority groups and create an atmosphere of terror in minority communities.

Avoid Painting the Exception as the Rule

Many legitimate arguments brought up in online communities are shot down by people who pose exceptions as the rule. When online communities were bringing to light the issues women face daily concerning sexual harassment, small divisive factions created the twitter hashtag #NotAllMen as a way to delegitimize the experiences of women throughout history. They argued that because they do not see themselves as sexist, sexism should not be considered a national issue. The more supported your argument is with facts and evidence, the harder it is for the opposition to shut down.

Know When to Walk Away

Arguing is stressful in any situation, more so when the topic of debate is of a national scale. Knowing when to step away from a stressful situation can prevent adding unneeded anxiety in an already uncertain time. If you’re stuck in an argument where you are attempting to maintain a civil discourse, but the opposition consistently reduces the argument to fallacy, name calling, or hateful rhetoric, consider the argument pointless and walk away. Understand that some people are not engaging in debate to have a thoughtful discussion of the issues. In fact, a lot of people get a perverse sense of joy from provoking people into rages through racist and sexist remarks. Don’t be provoked by trolls, and don’t waste your time arguing with people who don’t even care enough about their position to try and make a good case for it. Save your energy for the bigger fight. Use the power of online platforms to engage and organize communities to enact social change. Use discourse as a tool to persuade others to your position, and to defend that position in a way that can only be challenged on content, not on construction.

For more examples on how not to engage in discourse I have provided the link to Donald Trump’s twitter account: https://twitter.com/realDonaldTrump
http://www.huffingtonpost.com/entry/donald-trump-r...

Glorie Martinez
2645
Why I Write On Odyssey