Because I had absolutely nothing to lose. 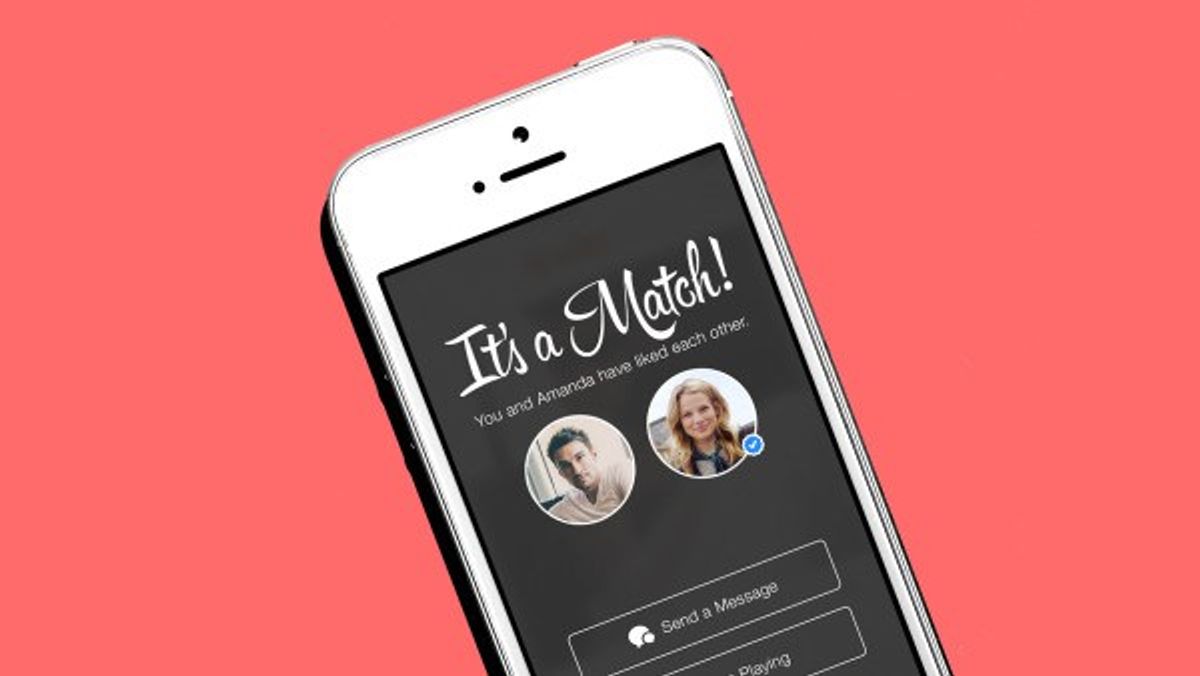 I was first introduced to Tinder my senior year of high school. At my small, private boarding school the pool of guys to choose from was more or less the same for four years straight, so I’m not surprised my peers decided to broaden their horizons. None of my friends really used Tinder for dating, but rather to see what hot guys they could match with, or to get a laugh from the ridiculous messages sent by immature high schoolers (asking ‘DTF’ is sooo last year).

Me, being the romantic that I am, still believed in the genuineness of meeting someone in person, so I refused to download the app. Gradually though, the allure of Tinder started growing on me after spending weeks watching my friends match with man after man, and reading message after message. So, come senior spring I downloaded the app and decided to try it out for myself. After finding the selection of men to be rather sparse in the rural setting I was swiping in, the app lay dormant on my phone for four months.

Fast forward to September of my first year in college, where I traded the suburbs for bright lights and the big city. Here, I found that almost everyone I knew used Tinder and (shockingly) went on dates. My preconception of online dating was that it was mainly for lonely adults aged 30 and over (thanks eHarmony). I was shocked to find that an entire generation was changing social norms of online dating. After deciding to reopen the Tinder app, I found myself becoming slowly addicted. My matches were piling up, and the date requests were pouring in. Still, I was too embarrassed of Tinder to go on an actual Tinder date.

I spent so long swiping left that my thumbs would cramp, and my virtual standards for Tinder were obnoxiously higher than in real life (it is the internet, after all though). After turning down copious amounts of men, I finally found a guy that seemed perfect. He was a fellow science major from ENGLAND (hello British accent) interning at Harvard (husband material) for the summer. After some witty lines and generic "getting to know you" questions, we ended up texting on a daily basis for a few weeks. By coincidence, I found out that we attended the same concert at symphony hall the day we matched on Tinder. I took this as a sign, and when he asked to go on a date I gladly accepted.

Since he was new to the city, I ended up having to plan our date. This was fine by me because I could plan for a worst case scenario, along with planning to my comfort zone. Our busy schedules only allotted for a casual Friday night dinner, which was later changed to a stroll through a local museum. This made my Tinder guy seem even more perfect because, shockingly, drinks, clubbing, and "Netflix and chill" hold little appeal for me.

On the day of our date I was more tired than nervous, but that was mostly due to the 47 hours I had spent in class or at work that week. This combined with the fact that I was going on an essentially blind date made me decide early on that I wasn't going out of my way for looks. I donned a casual dress, sandals, a cardigan, and did my makeup the same as always. I wasn't planning on trying too hard for my Tinder man. While walking to our date, my biggest fear toggled between him looking vastly different from his pictures, and me being catfished.

I decided to get to the museum early to settle my nerves and observe my surroundings in case I had to find a way to escape our date, should things turn sour. While inventing a code word with my friend to let her know that I made it home safely, the moment we had all been waiting for happened: my date showed up.

Meeting him face to face for the first time made me realize how tall he truly was (roughly 6'3" to my 5'2" stature), and how he was the spitting image of his profile pictures (hallelujah). After getting past the initial awkwardness, our conversation started flowing naturally. He was really sweet and definitely interesting to talk to. I also loved the museum as a first date because any awkward silences could easily be masked as admiring the artwork.

While talking to him was nice, I wasn't feeling a connection beyond possible friendship. We stayed in the museum for about two hours, and then after he asked if I wanted to go for coffee or dessert. I knew he wanted to spend more time together but something was lacking for me, so I instead suggested that we start walking back.

On our nighttime stroll, I made the mistake of mentioning that his T station was very close to my dorm. From there, he started a train of thought that I quickly shut down with a few friendly words. But, in hindsight, I feel as if telling him my favorite exhibit was 'Art of the Ancient World' was a mistake because of all the phallic references found in their art, and the copious amounts of naked statues. I probably set myself up for that.

From there our walk back seemed slightly more uncomfortable, and I was glad the date was almost over. We stopped at an intersection to say goodbye and he went in for a hug, which I was thankful for.

I didn't text him after our date, and he hasn't texted me.

Reflecting on my experience, I can finally understand why my friends go through phases of installing and uninstalling Tinder, and I’m tempted to follow suit. While Tinder doesn’t deserve the bad rep it has, it originally started as a hookup app, so be aware and know what could be in store for you. With technology’s constant evolution, apps like Tinder will continue to pop up and change the way we meet new people. It is becoming more and more socially acceptable to go on online dates, regardless of your age demographic, and it’s nothing to be ashamed of. Sometimes life and work gets in the way, impeding us from finding guys on our own time. While I won't be going on anymore Tinder dates anytime soon, I won’t say that I’ll never do again.