Has the internet become an outlet for ablest language? 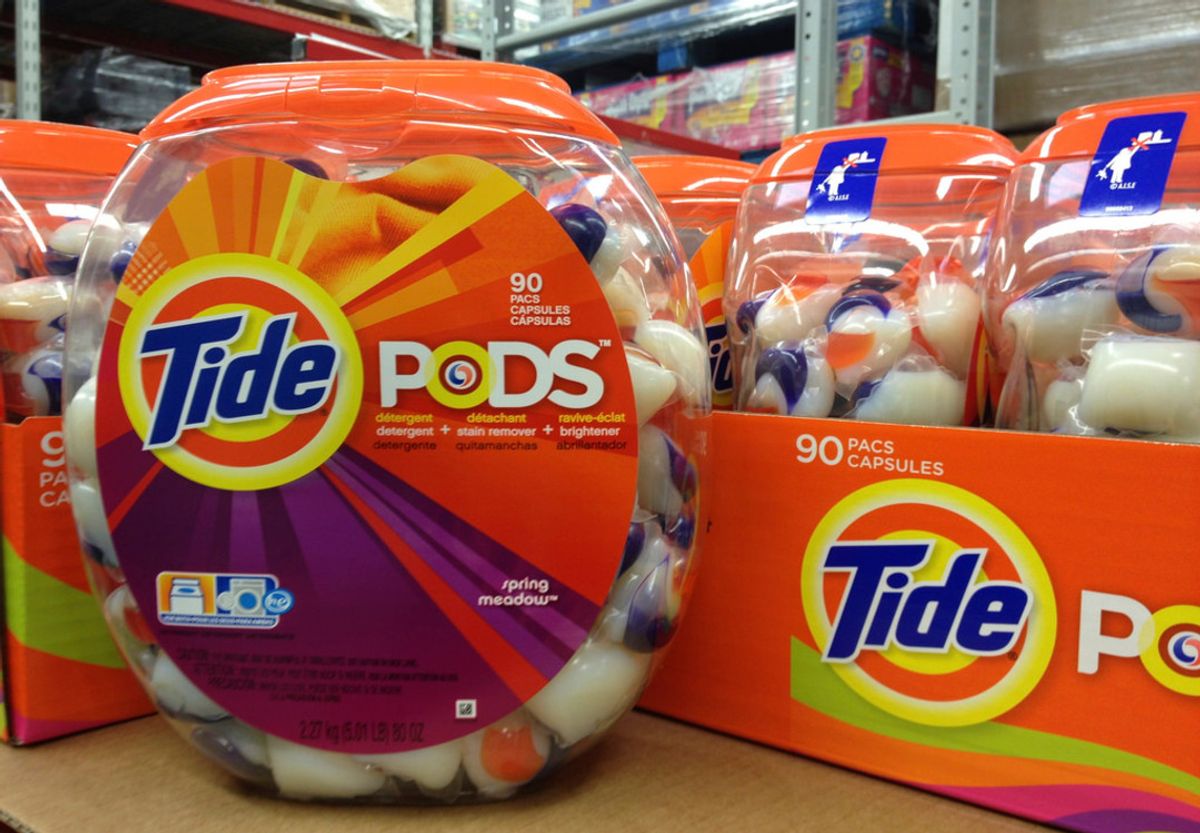 The Tide Pod challenge has created quite the uproar among the public, and obviously eating Tide Pods is not advised as it can cause extreme health problems.

Seriously, it is NOT good for your body. Tide Pods have been blamed for the deaths of at least 10 people, two who were young children, and eight of whom were elderly individuals with dementia.

The consumption of tide pods can destroy your insides.

If you manage to get past the pod's horrid, acidic and tarty chemical taste, and actually swallow, the damage ensues almost immediately. Your esophagus will begin to burn, and once it's made it to your stomach you're met with the urge to vomit, or worse, explosive diarrhea will occur.

The Tide Pod challenge could also lead to serious and potentially fatal breathing problems if inhaled. The possibility of vision impairment is also presented. If the detergent comes in contact with your eyes, it could result in their laceration and temporary loss of vision. Imagine getting shampoo in your eyes — times 100.

The Tide Pod challenge came to fruition after the eruption of a "meme." The term "meme" was originally conceived by an evolutionary biologist named Richard Dawkins. In his best selling book "The Selfish Gene," first published in 1976, Dawkins describes a "meme" as the transmission of cultural contagions or the behaviors, ideas and styles that spread throughout a society. The biologist also notes that these "memes" are often subjected to competition, inheritance and alteration.

In this widespread and varied meme, Tide Pods are referred to as, or implied to be "an irresistible snack." When one comes across a meme of this nature, expect to see something along the lines of a hot pocket package where in place of average fillings like meat and cheese there are detergent tablets. Or perhaps, you might see one giant oven-baked pod pizza.

The memes are never-ending, as are the challenges. People couldn't stop at just eating the pods, but have even "upgraded" to vaping the extremely toxic detergent. Surely, a most regrettable mistake that they realized shortly thereafter.

I would like to bring something else to the conversation. Perhaps, the media's desire for sensationalism and click-bait worthy news has resulted in a plethora of threads with ablest undertones.

Pica is a disorder responsible for creating cravings for non-food items, such as plastic, clay, toilet paper, dirt, glass, you name it. People with Pica may also be on the autism spectrum.

From a sensory perspective, it is easy to see the appeal of laundry pods. They're not only bright, colorful and aromatic but they're also enticing because of the texture of the thin, dis-solvable and easily pop-able plastic. The pods are a triple threat that appears to be a sensory pleasing and stimulating "forbidden fruit."

Anthropologically, the Tide capsules are thought to be appetizing to the brain because of the fruit-like colors that are oftentimes presented. The color blue which is a very common color in the pods might not be fruit-like, however, it is a nostalgic remembrance of candies from our youth.

One thing I have noticed as the hysteria concerning the internet continues is the way in which the media covers it. I have read and watched dozens of articles and videos on the subject. Each one takes the same approach, and never once do they attempt to spread awareness about a disorder that affects more people than we think.

In fact, between 1999 and 2009 Pica related incidents that resulted in hospitalization increased by a whopping 93 percent.

One thing the media isn't afraid of spreading is negativity. I agree 100 percent that eating or vaping a Tide Pod is dangerous and you definitely should never, ever do it. I also wholeheartedly believe that anyone participating in the challenge is slightly to blame for ablest ideologies that have become prevalent all over the internet and even sometimes the news.

Frequently, reporters refer to those taking part in the challenge as something derogatory and pejorative like "stupid," or "idiot. The media themselves are generally pretty tame. Unfortunately, those who tune into the media are not.

Things take a turn drastically for the worse when dozens of people share or comment on a news thread and say things using a much more "vibrant" vocabulary. Including word usages that are far out of date and need not be spoken.

Cast out those who partake in the challenge, sure, but do it because they're making it harder for those with legitimate impulses to resist or seek out help. If the eating of Tide Pods garters such a negative response from the public (thanks to all of these like-hungry teens with access to the world-wide web), then it could be presumed the same response would be present in respect to eating or having the impulse to eat any other non-edible item.

As someone who loves a child who is neurodiverse, it is devastating to see the reaction from the public. Some people have even gone as far as attributing Darwinism to the Tide Pod challenge. This implies that anyone who is not "normal" because of a mental condition should naturally be weeded out.

Does a large portion of society actually believe that only those who function in, and process the world like an "average" person are worthy of existence?

Perhaps, I overthink these things because it personally effects someone I love.

I do know for a fact that no one wants to be thought of as an outcast, stupid, **tarded, or less than. Be thoughtful and watch your words because at the end of the day every person is valuable, and if you don't think that is the case - shame on you.