Even a non-NFL fan can enjoy the game. 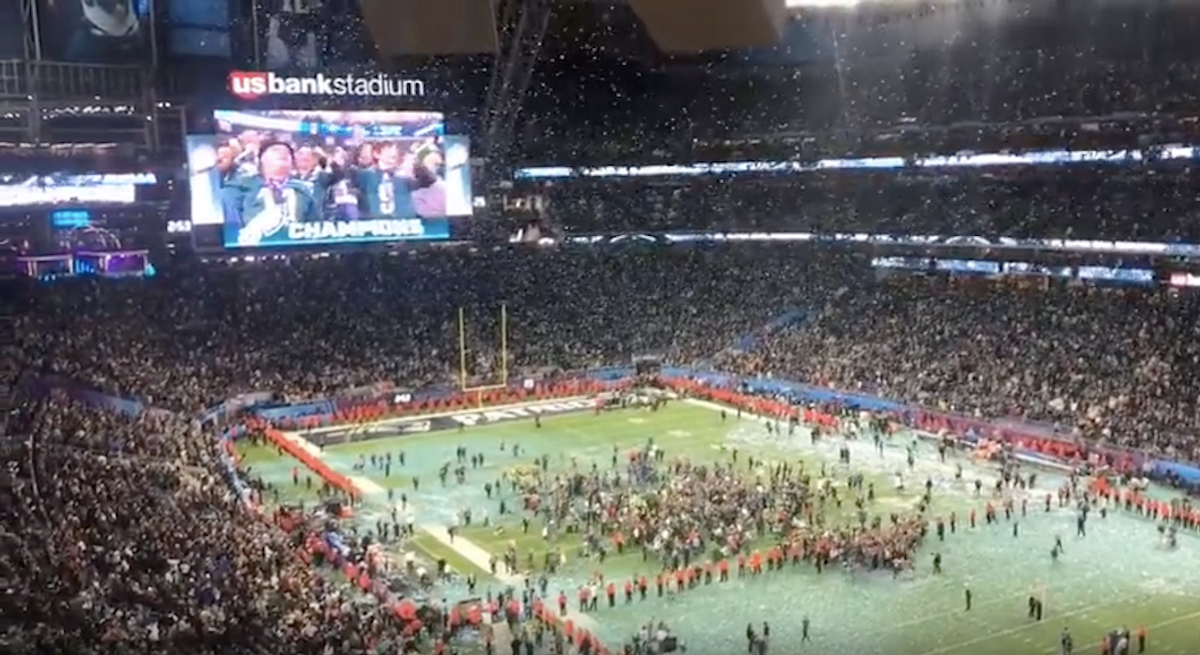 I've never really been one to get into watching sports. I do love going to football and basketball games at my university and even seeing local baseball games, but I don't actively watch sports on TV, especially NFL. However, this changes when the Super Bowl comes around. Although I usually don't have a strong pull for either team, I enjoy watching all aspects of the game.

As a public relations student, I naturally pay special attention to the commercials. Plus, it is an excuse to eat some yummy junk food and watch Justin Timberlake sing some 2000s throwbacks at halftime. So, here are some of the thoughts (and questions) I had during Super Bowl LII.

1. Let's count the number of random celebrities that appear in commercials.

2. How much do these companies actually pay for a spot during the Super Bowl?

3. I wonder how much money the owners get if their team wins.

4. But seriously, imagine the number of things you could do with that money instead of paying for a Super Bowl ad.

5. Who was sitting around a boardroom and thought "Yes, for Bud Light, let's make the tagline be 'dilly, dilly'?"

7. Who came up with team names and colors anyway?

8. There are so many food commercials.

9. Can you imagine the amount of money it takes it not only pay for a Super Bowl ad but also pay a celebrity to be in your commercial so people actually pay attention to it?

10. OK, but where are the Clydesdale horses?

11. I wonder if there will be another ball deflation catastrophe.

12. I feel like this is a dumb question, but why are certain players like Tom Brady so famous?

13. Chris Hemsworth drinking wine in his homeland of Australia, yes I'm here for it.

14. I wonder what the players do after their football career is over...

15. Either way, a Gamecock is winning the Super Bowl and that's pretty cool.

16. Hey, Justin Timberlake, if it doesn't work out with Jessica for some reason hit me up.

18. Honestly though, the only commercials that can afford one of these slots are already huge and everyone knows about them so what is the real point of advertising? I guess it is to keep the company's positive public perception but still, that's a lot of money.

20. How do football players stand getting constantly hit all the time?

23. Yeah, the game is definitely over, the trophy was brought out.

24. How could you watch "This Is Us" after the Super Bowl? That's too many emotions.