In light of the controversy over our anthem. 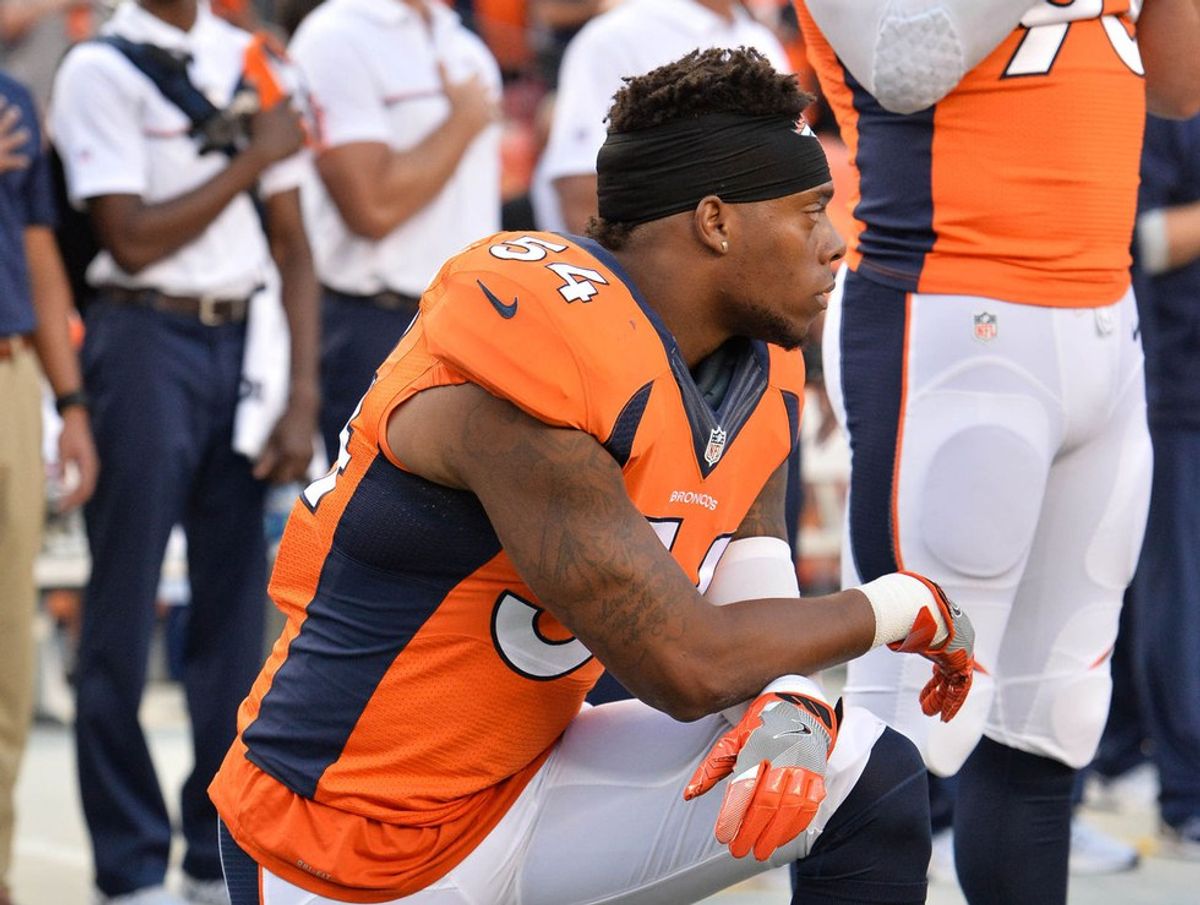 But I do like people using their fame to draw attention to important causes.

But I don't like that the news sites are drawing attention to the actions and not the thought processes behind them.

The headlines will read "Football Player Kneels During Anthem" with a social media blurb that will simply ask, "What are your thoughts?"

And of course these are meant to be click-bait. And of course the news sites want as many comments as possible to draw in as many views as they can. So stirring up a ruckus is just fine in their eyes.

But it's irresponsible journalism.

Your negative opinion about another person's peaceful protest doesn't matter. At least they're standing (or kneeling, even) for something.

Think about what you stand for, and if it's simply symbol-worship while ignoring all of the horrible things happening in our country, you really stand for nothing at all.

It's a flag. It's a song. Blindly following rules you're taught in kindergarten doesn't mean you love America. People who protest in these ways love America enough to see the atrocities and know we can do better. And they do it through simple, non-violent, quiet gestures.

The people who are offended by these players' actions are the same type that bitch about "PC culture" and how everyone is too sensitive, and too easily offended. And look, now you're the ones who are offended by something so slight. And it's not even a personal attack! These protests aren't about white people, or cops, or any particular group. They aren't aimed to offend any one person. Rather, they are meant to draw attention to particular struggles and changes that need to be made. How can you hate the people who are sensitive to direct insults to their race, gender, or religion, but get your panties in a twist over lack of worship for a meaningless symbol?

I guess I'm particularly in-tune with these things because of my own experience. I stopped standing for the pledge of allegiance in high school because, as someone who didn't believe in a god, I took issue with the "under God" bit. And I was mocked mercilessly for hating America, which has never, ever been the case.

Ultimately, you can love America, can respect the armed forces, and can live here happily while at the same time casting a light on the flaws that need to be fixed.

Finally, to the guy who I got into an argument with on Facebook (never a good idea; I don't recommend it) who said, "Stop paying attention to these protesters. If we ignore them, they'll go away."

Is that so? Just like how our nation ignoring the plights of so many people just makes their problems go away?

Emmaline B
The Narrative
95356
https://unsplash.com/photos/O0T1SIgHAfM