Thought Jim Crow Laws Were Over?
Odyssey
CurrentlySwoonLifestyleHealth & WellnessStudent LifeContent InspirationEntertainmentPolitics and ActivismSportsAdulting
About usAdvertiseTermsPrivacyDMCAContact us
® 2023 ODYSSEY
Welcome back
Sign in to comment to your favorite stories, participate in your community and interact with your friends
or
LOG IN WITH FACEBOOK
No account? Create one
Start writing a post
Politics and Activism

Thought Jim Crow Laws Were Over? 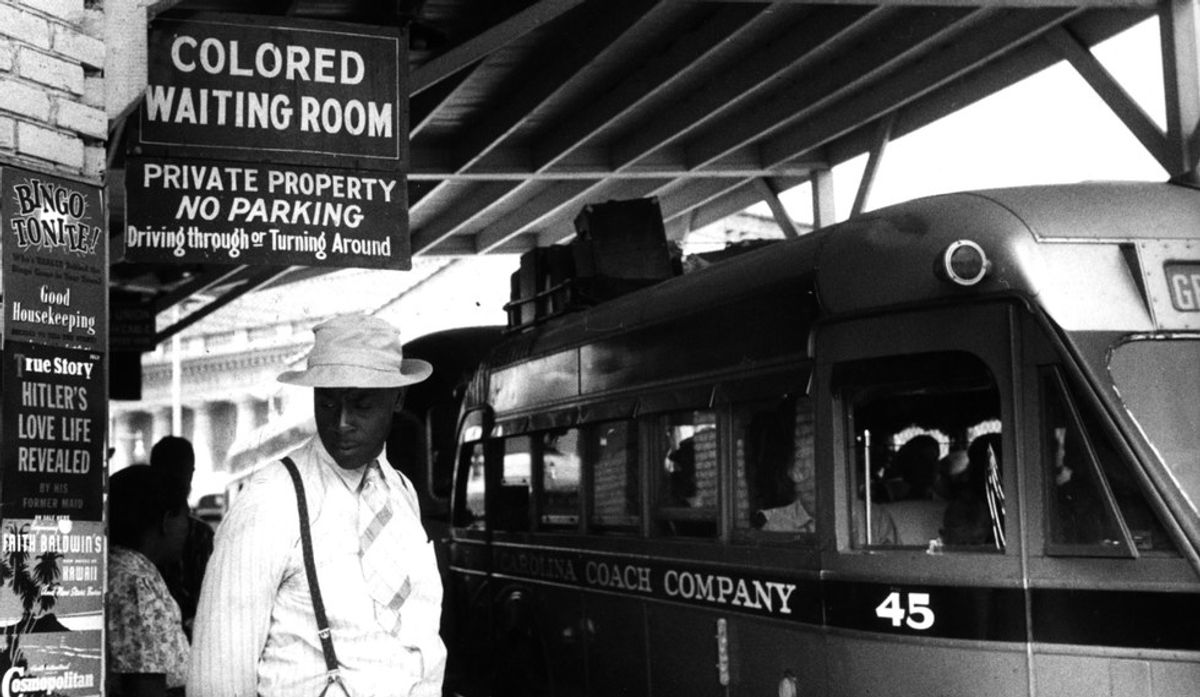 In 2013, North Carolina’s Republican-led legislature requested data of voting practices by race, then enacted a new legislation that restricted voting in five different ways, all of which disproportionately targeted African American Voters.


According to Democratic Judge, Diana Motz, these laws required voters to show identification, such as government-issued driver’s license or identification cards, that white voters were more likely to possess, while banning photo IDs more often used by black voters, such as public assistance IDs.

The laws eliminated certain key practices like same day registration, out of precinct voting and early voting. Eliminating early voting effectively shuts down “Souls to the Polls” Sunday, where African American churches encourage voting by taking their congregation to the polls directly following the Sunday service.

Banning same day registration and out of precinct voting had a much larger effect on African Americans because these legislations made it harder for people who had recently moved, and blacks are more itinerant than whites.

Civil rights groups and churches in North Carolina refused to stand for this. Led by the NAACP, they asked the Fourth Circuit Court of Appeals for a reversal and were granted a trial. Rev. William Barber, head of North Carolina’s chapter of the NAACP likened this trial to the Selma, Alabama march that led to the Voting Rights Act of 1965.

In a press release, Barber explained, “This is our Selma. North Carolina was the first state to pass a restrictive voting law after the Supreme Court weakened the Voting Rights Act in 2013, and it is the worst voter suppression law the country has seen since 1965. The people of North Carolina are standing up — in the courts and the streets — because we refuse to accept the revival of Jim Crow tactics used to block access to the ballot for African-American and Latino voters.”

In the trial, the Court of Appeals recognized the underlying racism in this legislation. Judge Motz, who is a member of the Fourth Circuit, wrote that this bill “[targeted] African Americans with almost surgical precision” therefore, “the asserted justifications cannot and do not conceal the State’s true motivation.” (You can read Judge Motz's full report here.)

In a unanimous decision by the three-judge panel, the court ruled that this legislation intentionally and disproportionately targeted the growing population of African-American voters.

Despite the fact that this decision was a huge win for civil and voting rights, it is still being contested. North Carolina Gov. Pat McCrory issued a short statement that he would appeal this decision. "The court should have stayed their ruling, which is legally flawed, factually wrong, and disparaging to our state. Therefore, by early next week, we will be asking the supreme court to stay the ruling of the Court of Appeals," McCrory stated.

So while African Americans in North Carolina have won one battle against the Jim Crow Laws of this generation, stay vigilant, the fight for civil rights continues.