How my favorite book helped me come to terms with my feelings about the election - and how it has inspired me to move forward. 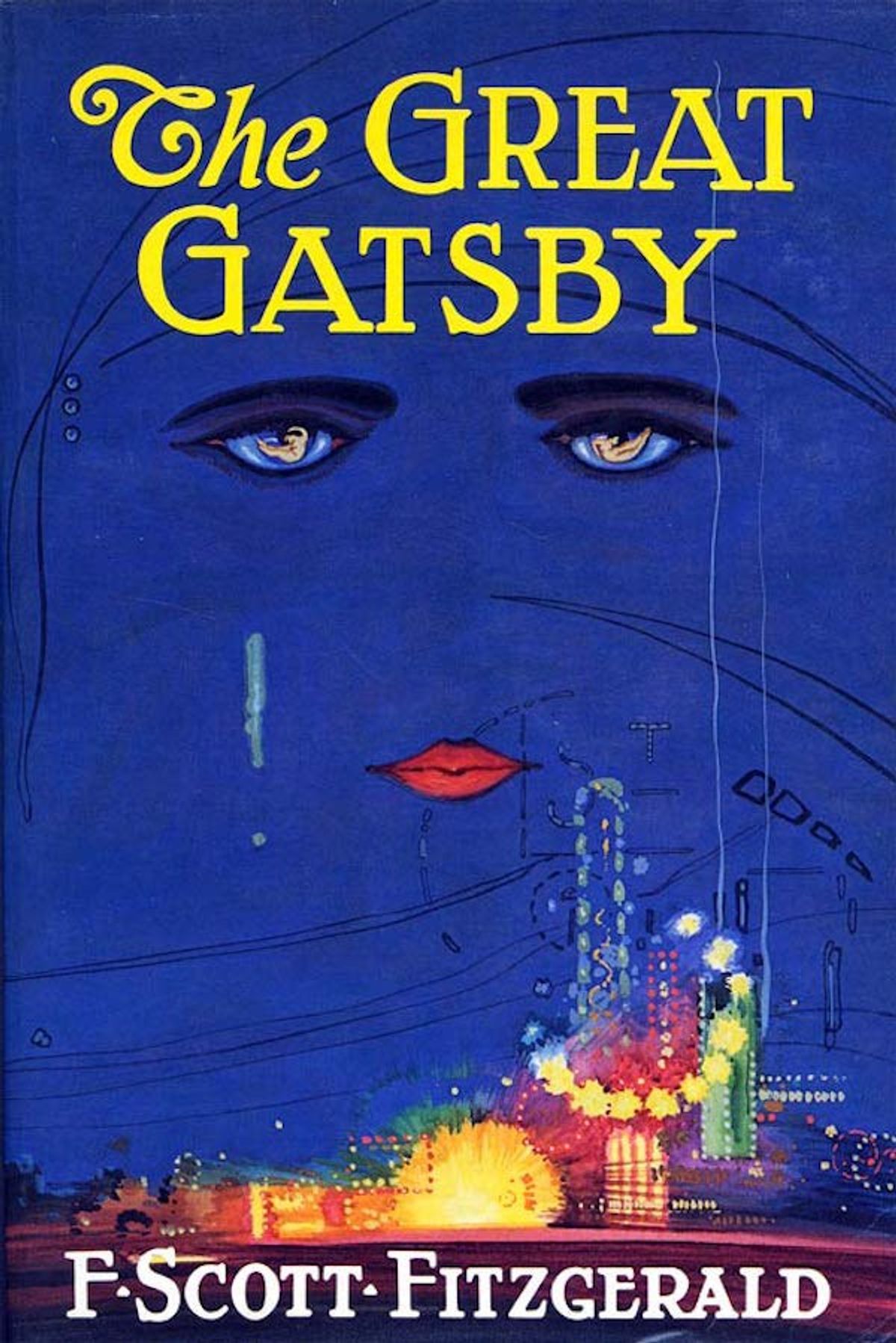 When I was a junior in high school, like many high school juniors across the nation, I read The Great Gatsby in my AP Language class. I know it's cliche, but The Great Gatsby became my favorite book. It is written beautifully, with Fitzgerald's iconic florid, lyrical language. But language aside, there was always something about the story that made a deep and lasting impression on me. There is a unique quality of sorrow in the story that I have always found beautiful, and unique - The Great Gatsby had the ability to affect me in a way that I never experienced with other books or movies.

In the many essays I wrote on The Great Gatsby, and in my own meditations on it, I came to the conclusion that the element of the novel that affected me so deeply was the ongoing theme of disillusionment. I remember my English teacher talking about it often. We talked about the widespread disillusionment that plagued the United States in the years following the first World War. Then-President Woodrow Wilson had promised that it would be the war to make the world "safe for democracy," yet the Great War did not deliver on that promise. What ensued was a worldwide displacement of democracy, as dictatorships arose and the idea of government by the people seemed like it had been nothing but a foolish and silly dream.

This idea of disillusionment has always struck me as oppressively tragic. When reading The Great Gatsby, I felt a physical pain for all the people who were left with nothing but broken promises and shattered dreams. I thought, what could they do in response to this disenchantment but engage in debauchery and recklessness, just to dull this overwhelming pain?

Last Tuesday's election was unlike any shock or letdown or disappointment I have ever experienced. At the start of the day, it seemed like I was on such an incredible high, along with everyone around me. People were sporting Hillary shirts and "Nasty Woman" shirts; the morale was high, the skies were blue, and I imagined the angle I would take when writing my first Odyssey article after electing the first woman president of the United States - Hillary Clinton, no less, who I have idolized since I was in second grade . I was poised to cry tears of joy later that night - just imagining Hillary's victory speech was enough to bring me close to tears.

I started watching the polls at around 6pm. The first ones to come in weren't favorable, but spirits were still high - it's just the first couple of states, Hillary will bounce back in no time. And she did for a time...until she didn't.

Sometime around 8:30, I started feeling very nervous. I started feeling physically sick - I was shaking uncontrollably, my heart was pounding, I felt dizzy, I couldn't control my breathing, I was fidgety, and I actually felt nauseous. My roommates and I had planned to take celebratory shots out of my 100% Shattered Glass Ceiling Hillary for America shot glasses, but we couldn't do it - we all felt so sick that the very thought of taking shots was unpalatable. We settled on some screwdrivers and hard ciders, which helped to quell the shaking but not our fear.

Around 10:00pm, our feelings went from worry to grim acceptance of what we had feared most - but more importantly, that which we had considered an utter impossibility. We stayed up until 1am watching the polls in silence, dumbfounded at the numbers. Eventually, we all trickled out of the common room into our respective rooms to go to sleep. I cried as I got ready for bed - I had stayed in my Rosie the Riveter-esque romper all night, hoping that maybe staying in it would bring some great change of luck. I stayed up until 5 in the morning, watched Trump's acceptance speech, cried some more, and finally tried to fall asleep.

I woke up the next morning with indeed the same election results, despite my hope that it had all been a terrible dream. It was an appropriately overcast day. I skipped my first class, too tired and dejected to get out of bed. On my way to my second class, I walked out of my building and was stunned by the absolute silence outside. The same amount of people as always walked the pathways, but everyone was so quiet.

I realized at some point that day that the pain in my chest felt familiar. It was that same unique pain that reminded me of the nights I spent getting lost in the sorrow of Fitzgerald's pages. The pain I felt brought me back to studying Gatsby in my eleventh grade English class, when I was just a 17-year-old blissfully unaware of my privileges and of the many problems plaguing the world that I never had to worry about. Perhaps that was why Gatsby had affected me so deeply. Perhaps it was the first time in my life that I felt the raw aching of the human condition, faced without veil with the harsh realities of a life that never promised to be fair, yet that somehow we mistook for delivering us the justice we felt we deserved.

On Tuesday, the pain we felt was the result of a failure of deliverance of a victory we had been promised. The pain we felt was the result of the collapse of a dream we had assured ourselves would be fulfilled. We hurt for the present. We hurt for the future. We stare blankly in disbelief. We gape in shock with mouths wide open. We weep. We heave tears because maybe such quaking will shake the sorrow from our souls and cleanse us of our despair. But no matter how much we cry, we are still disillusioned. We still fear for what is to come. We still wonder what went wrong. But perhaps for now, the best thing we can do is to just feel. Feel fully and feel authentically. Submit ourselves to our grief, indulge our feelings of loss but never give up hope. For today we shed tears, but tomorrow we break new ground. Tomorrow we forge forth. Tomorrow we let our disillusionment empower us to fight to attain the dreams which may have been snatched away from us, but which will never become unreachable if we band together to crusade for them. To quote F. Scott Fitzgerald, we will beat on, boats against the current. But we will not endlessly recede into the past. Our past will not hold us back. The results of this election will not hold us back. Our disillusionment will not hold us back. Rather, our disillusionment will propel us ever forward. It will always be with us, but it will not be our chains. It will be the fires in our souls. It will be our guiding force and our reminder when the going gets tough on what will inevitably be an uphill battle.

Nicole Marie Nigro
Individual Creator
9310
c1.staticflickr.com
Where to start...... Let me start with the cliche that life throws us curveballs and what we do with it is what counts.