13 Important Overlooked Quotes From 'Thirteen Reasons Why'
Odyssey
CurrentlySwoonLifestyleHealth & WellnessStudent LifeContent InspirationEntertainmentPolitics and ActivismSportsAdulting
About usAdvertiseTermsPrivacyDMCAContact us
® 2023 ODYSSEY
Welcome back
Sign in to comment to your favorite stories, participate in your community and interact with your friends
or
LOG IN WITH FACEBOOK
No account? Create one
Start writing a post
Health and Wellness

No one wants to listen to a tragic story because it’s the truth. 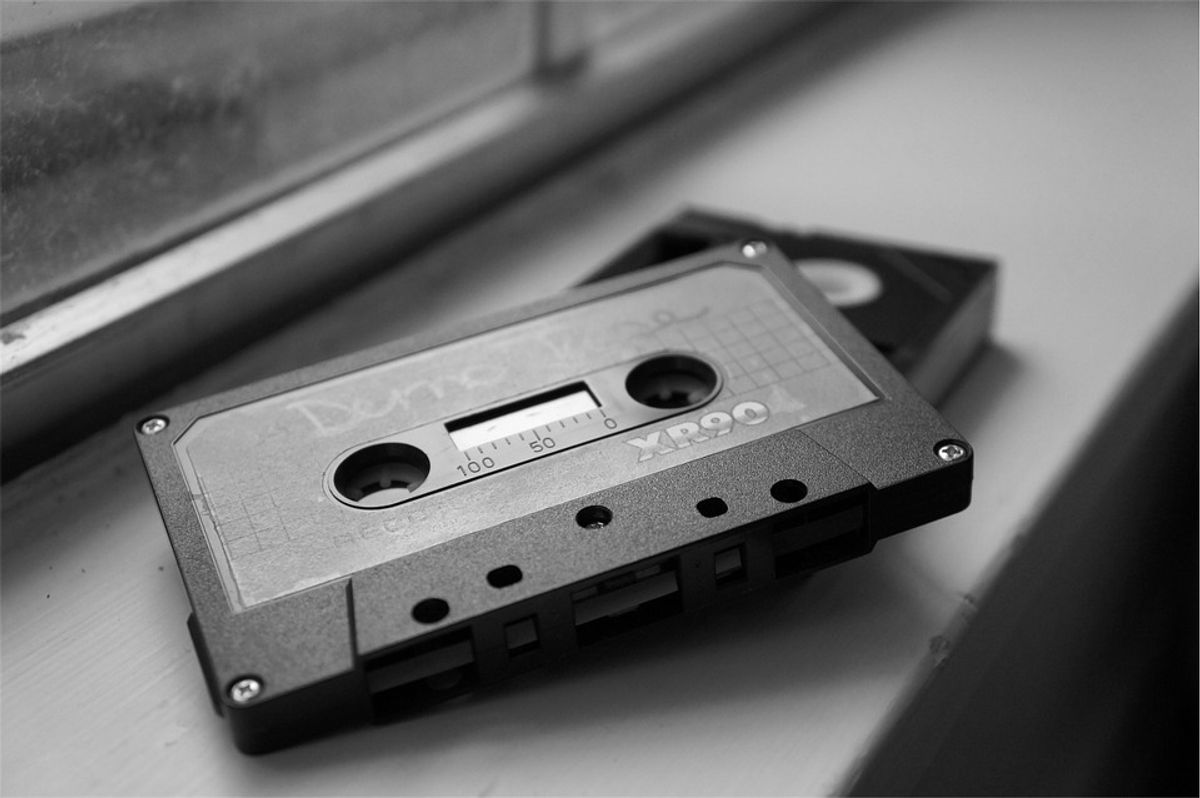 No one wants to think about it, talk about it, or sometimes act about it. Whether you’re a fan or not of the newest Netflix series, "13 Reasons Why" based off of the book written by Jay Asher, there’s been a rise in attention towards the series and its characters. Information and facts that were once before easily overlooked topics, are finally receiving the attention they deserve by the public.

Between the characters, tapes, flashbacks, and drama, the first season has a lot going on all at once, and has us glues to our display screens. However, as I watched it, I noticed more than what the cameras showed us. I caught onto phrases, quotes, and sayings that were full of hidden meaning that I felt needed to be emphasised.

As cliche as it may sound, it’s true. Every action, conversation, text message, and post has a consequence whether you realize it or not. Today’s society is unfortunately setting themselves up by displaying their personal life for the world to see every day. Once we type share, search, or send something, the evidence never goes away. Likewise with the conversations we have with one another when we use hurtful words; they’re never forgotten.

2. “You and the point are complete strangers.”

It’s not always easy to read between the lines during situations, but acknowledging that there’s another side is the first step. You can’t ever fully understand a situation and its message if you don’t try hard enough to uncover it. Become closer to the point, it will help you and others in the future.

3. “You made it open-season all year round.”

Hopefully this phrase is never said about you, but regardless, it should serve as a reminder to watch what you do or say. Consider the effects on other people. There’s no gain in purposefully targeting others and bringing them down. Punishing them to upbring yourself is selfish, harmful, and a personal invitation for karma.

As scary and real as this statement may seem, it serves its purpose; it carries so many truths. The mind can be a devilishly creative place, and no one wants to face it. A way to help is simply by being approachable to those who may fear their own mind. It’s always nice to have an invitation to talk even if you don’t know the whole story.

Contrasting the dismal and dreary theme of the series, this quote stuck with me since it enforced the meaning of friendship and served as a miniature glimpse of hope. We all desire human interaction, contact, and approval. Sometimes we need it to get through our struggles. Friends are family who don’t share blood; they’re true blessings that we count on, and should always be able to. Remember that.

6. “The popular kids are always mean. That’s how they get popular.”

Truest definition of high school. Sorry to disappoint your High School Musical expectations, (don’t worry I had them too), but this is sadly more realistic. What the reasoning behind their rumor spreading, self-esteem crushing, reputation obsessed facade is, we’ll never know. But sometimes it’s better to keep it that way.

7. “Life is unpredictable and control is an illusion.”

8. “But sometimes there’s nothing left to do but move on.”

Sadly, Hannah Baker took this statement literally and moved on in the only way she thought she had left. There’s so many ways to settle the score between who and what did you wrong, and not the way she did. There are ways to carry on and feel brand new. There are also people that want to be there for you, they just don’t know how. Look for them; they care for you.

9. “There are two reasons why people change. One: they’ve learned a lot. Two: they’ve been hurt too much.”

Part of life is growing and changing as you encounter challenges and triumphs; they shape us into who we are and who we will be. Everyone handles those differently, but the differences shouldn’t be an obstacle. They should just be accepted as part of the person. Differences don’t define.

10. “If only we could see the endless string of consequences that result from our small action.”

And if we could, we would change. So why let it get to that point in the first place?

Being calm, cool, and collected all the time is difficult. It’s healthy to release built-up tension, anger, and emotions. Seriously, it doesn’t show weakness; it won’t hurt your pride. It’s okay to feel; it’s not okay to let yourself go numb.

13. “What you can’t understand, you can make anything.”

No one wants to listen to a tragic story because it’s the truth. Why do people cover up the truth? They’re guilty. Everyone makes mistakes, but don’t be too afraid or ashamed to own up to those mistakes. The outcome harms everyone.

Nicole Marie Nigro
Individual Creator
7778
c1.staticflickr.com
Where to start...... Let me start with the cliche that life throws us curveballs and what we do with it is what counts.