The pressure to stop and think clashes with how impulsive I became. 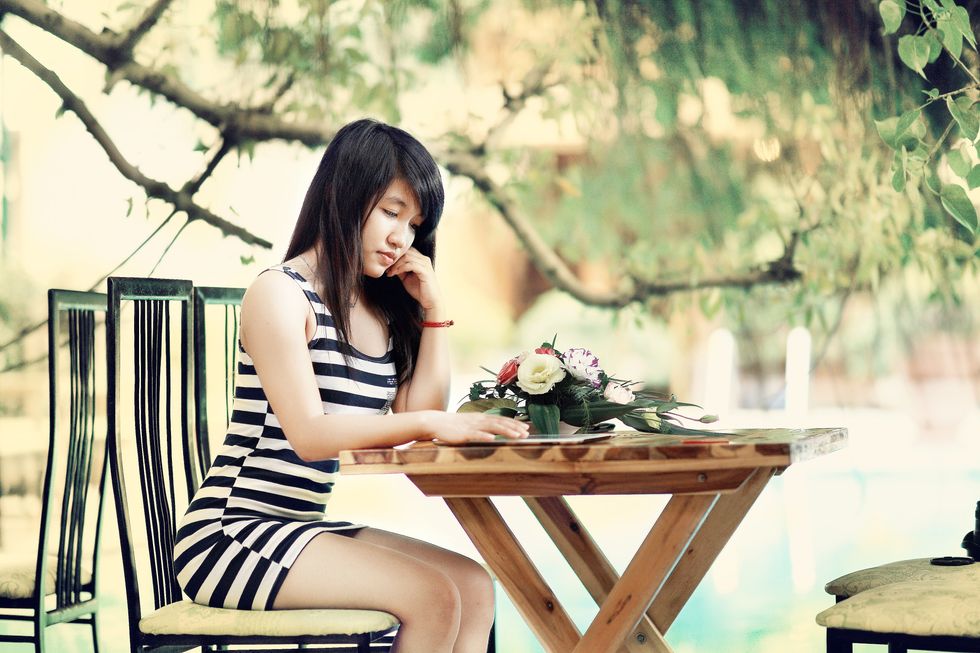 I remember at college, one of my advisors noted that I liked to ask questions a lot, as well as learning. She suggested that I take a philosophy class, which I only did during my last quarter of college. There, it focused more on twentieth century Jewish philosophy, revolving around themes of nationalism, belonging, survival, and how to adjust in the world they lived post-Holocaust.

I find it a paradox that I get a kick out of delving into history, ideas, and opinions, while simultaneously, rushing through my day-to-day life. The concept of thinking about my life really drives me up a wall.

For a good thirteen years, I kept a journal in which I wrote about my days, my dreams, and recently, my frustrations about what I intend to do next. At some point, I also collected quotes and wrote ideas I couldn't keep elsewhere. Recently, I've written less so, despite promising myself I would write at least once every two weeks. And when I do, my thoughts come out in spurts, without the time to fully develop them.

Thinking about the world always allowed me to imagine, even if they wouldn't be feasible should I decide to create policy. I love asking hypothetical questions and hearing other people's answers. It's a spring of the moment, an idea at its purest. But when the questions turn back on me, especially when it comes from my family, I shut myself away.

I believe a difference emerges between questions in a classroom or academic context, in which it is meant to develop understanding. One thing which doesn't transfer to the real world is how any thoughts I want to convey may be shot down, criticized, or otherwise neglected when it comes down to it. Interestingly enough, I don't feel that way when I'm in classes, but it could be because I don't throw something that is too "out there".

My fear with overthinking is how I may have to dig out my bad memories and ponder hard about them. The purpose of life is to not have any regrets in the end; if there are, then one must know how to recognize where it went wrong. Through therapy, I've slowly dealt with it, but rarely has it taken to further action. It's not like I've had a traumatic experience--on the contrary, I felt like my life was cushioned up to this point, and any problems were based on me.

Once I open those bad memories, I fear that I will be lamenting on them forever, unable to move forward. Combined with my active imagination, ironically, they create some of my stories.

So, where's the middle ground for me?