I finally understand why I am the way I am. 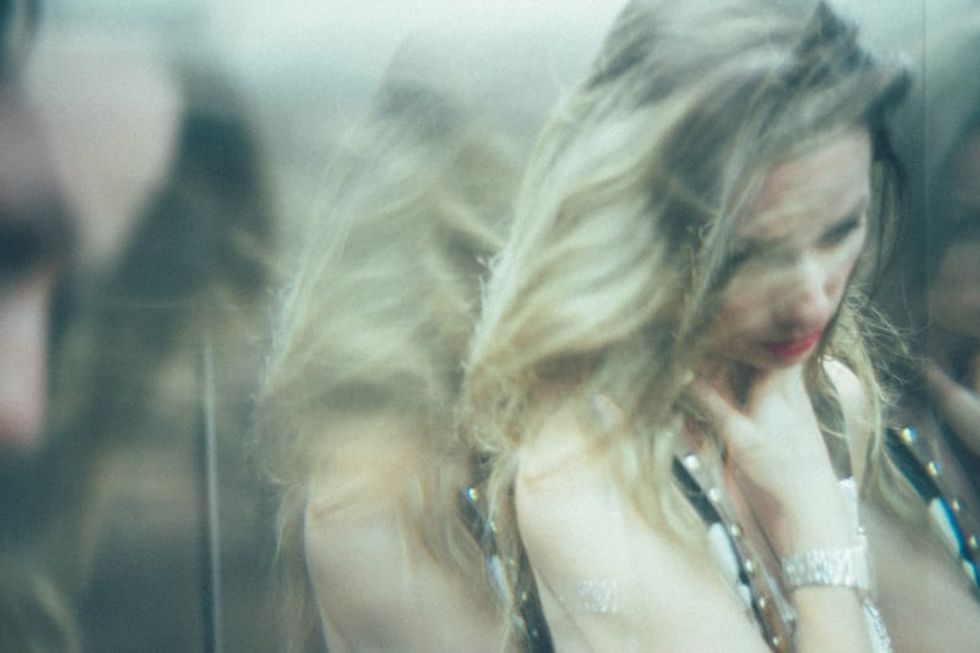 After having a slight (and by slight I mean huge) nervous breakdown on a social media group for women who've been abused, the page's creator reached out to me to talk with me about what led me to this point.

She told me I was showing signs of BPD and I needed an evaluation.

I told the psychiatrist everything about my life without holding anything back, and he concluded I do in fact have BPD.

Borderline personality disorder is a mental illness that affects multiple aspects of your life, such as your ability to regulate your mood, the way you view yourself and others, self-control, etc.

In order to get diagnosed, you have to meet at least 5 of the 9 symptoms of BPD. There are also many other symptoms that aren't considered diagnostic criteria but are definitely specific to those with BPD.

Here's a handful of aspects of my life that finally make sense now that I have a proper diagnosis.

This is probably the number one thing BPD individuals struggle with. The abandonment may be real, but it's usually imaginary. Sometimes I feel like everyone's going to abandon me, but other times it's as if my brain will draw random names out of a hat and decide that's the person who's leaving. There's no logic behind this thought process, but for me, it's completely normal.

I often act without thinking. I've driven drunk, blown up at people for no reason, cut people off for no reason, attempted to run away and start a new life with no plan, posted scary things on social media that scream "this girl is not OK," etc.

I started self-harming at 15. Self-harm is extremely common for people with BPD. There can be multiple reasons why we self-harm. In my case, I used to do it and show it off just to see who would care because I was fully convinced nobody cared about me. This is one of the rarest reasons behind BPD self-harm, but it's still a diagnostic criteria. I no longer cut, but I sometimes hit myself with my fist or slap myself when my stress levels get too high.

BPD individuals fully believe they have no value. I am no exception. When you don't value yourself, you have difficulty setting boundaries for yourself and others. I got physically and emotionally abused by a "friend" last summer and I didn't even realize it. I had to be told by other people that I was abused. At 22, I still have a skewed view of what counts as abuse and what doesn't.

BPD individuals lack the protective skin that allows us to regulate our emotions. We experience the same highs and lows as people with Bipolar disorder, but our episodes last hours instead of weeks or months. There have been times where my anxiety will get so high that I don't even want to live anymore, but I'll be cool as a cucumber three hours later. It's terrifying to me and those around me.

7. Having little to no "real" relationships

Like I said earlier, I'm either distant from you or attached to you with no grey area. My biggest fear is abandonment, which can greatly impact your interactions with the people in your life. I used to cling to my friends for dear life when I thought they would abandon me, but now I push them away instead. "Nobody can abandon you if you abandon them first."

Most people with BPD have been abused and/or bullied as children. The things we experience in childhood follow us into adulthood. I still fully believe I have no worth and everyone would be happier if I wasn't around, but I've been in therapy for a while now and have made some progress.

Many BPD individuals will over-indulge in things like drugs, alcohol, sex, etc. Mine is food. I've always had negative eating habits, even when I exercised every day and lost lots of weight. I'm typically unsatisfied with food unless it's fast food, pizza, or anything that I have to go out to get. I've struggled with my weight for almost my whole life because of this, but I've been a little better lately.

I've had suicidal thoughts off and on since I was in middle school, but they reached a boiling point during my senior year of college. I never addressed the abuse I went through, I isolated myself from my friends, I was unbelievably stressed from school, my internship and my two jobs, and I just couldn't do it anymore. I never attempted, but it was the only thing I thought about from the minute I woke up to the minute I went to bed. I got help for it much later than I should've, but better late than never.

My brain fully convinces me that everyone hates me, even if these same people reassure me they love me every day. I'm fully convinced I have no friends even though that's not true. Because of this, I tend to isolate myself frequently. I ghost everyone, I don't hang out with anyone, and I completely cut myself off from the world. This behavior reinforces the loneliness I experience every day, but it's a cycle I cannot get out of (at least not yet).

There is nothing logical about the way BPD works. It's exhausting to live with whether you're the one with the disorder or you know someone with it.

However, there is hope. There is a special type of therapy for us called DBT, or Dialectical Behavioral Therapy. It isn't a cure, but it has proven to be extremely effective when treating BPD.

If you're reading this and you have BPD, I see you. I love you. I am you.