The University Of Nebraska Omaha Scandal 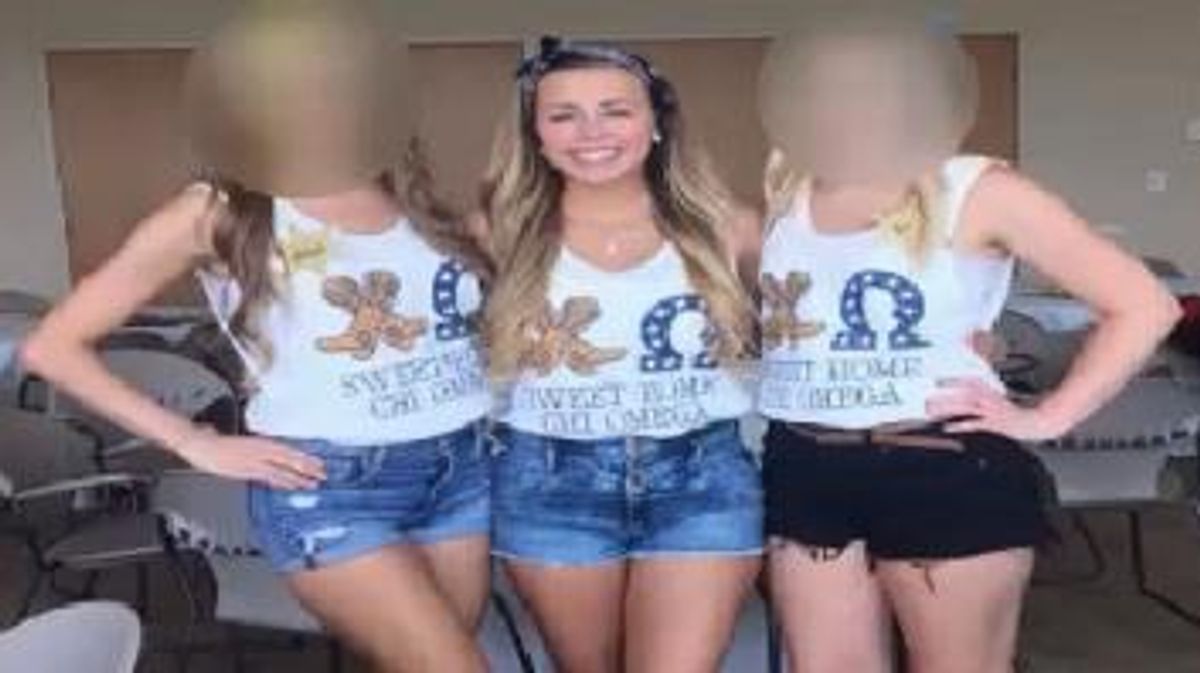 Disclaimer: In no way does this piece represent the position of Chi Omega's National Headquarters. This piece is based purely my own opinion and perspective as a Chi Omega alumna.

Today as I scrolled through my Facebook feed, I found a statement from Chi Omega Fraternity in regards to the case of Shannon Workman; Shannon is now a former member of the Chi Omega chapter at the University of Nebraska Omaha. Her story has elements that are familiar to any sorority woman regardless of their chapter. She was summoned to a personnel meeting for a rule violation regarding a picture posted on her Tinder profile. Shannon recorded her meeting, which was released to her local news station. Of specific interest was the following excerpt from the Chi Omega personnel board:

"What you believe in doesn't align with what we believe in. So we're going to pursue membership revocation and go through the hearing process. If you'd like to sign resignation papers today, we can do that. Otherwise we can send everything to the hearing board, you will go, there will be another round of advisors and exec members who run this just like this. They're going to make sure we follow due process and that rules have in fact been broken. Which way would you like to go?" (Source: WOWT)

I want to address the claim that Shannon was kicked out of her Chi Omega chapter with my own experiences as a collegiate Chi Omega, as well as my education and experience in college student development.

First and foremost, I was never the personnel chair for my chapter. I did, however, have a few personnel meetings in my time and they were well deserved. I understand, to an extent, Shannon's feeling of dread upon receiving the phone call from the personnel chair explaining the need to come before her and the board for a meeting. I understand feeling defensive when you don't feel what you have done is wrong. When I was caught going to the Plaza underage, I argued that since the Plaza didn't card me I wasn't technically breaking the law and therefore not breaking the rules, and I was very sure I was right about that. I wasn't...because I was 19 years old and hadn't fully developed my moral and emotional intelligence yet.

It is clear that Shannon has also got some progress to make on her own moral intelligence. Her response to the statement above was: "I'm never coming back". Let me break this down for you: Chi Omega (and other fraternities and sororities) gives their members due process. Shannon was clearly told that she had the right to appeal the personnel board's decision to revoke her membership, but instead she voluntarily resigned. Now the story is that she was "forced out". This is not the case, as I'm sure you all understand what voluntary resignation means. Shannon had a choice to fight for her cause or give up, and she chose to give up. That does not equate to getting kicked out.

I certainly do not speak for UNO's Chi Omega chapter, but I imagine that the other advisers and Executive Board members would take a well-reasoned and supported argument into consideration and lessen the disciplinary consequence. The case was weak, at best; of course, Shannon may be leaving out other issues that the board brought up during the meeting. I say this because of how those meetings run: first, the broken rule is discussed with the member, then the board discusses sanctions among themselves, and finally the member is called back in to receive said sanctions. There is no way of knowing if the Tinder picture was truly the cause, because Shannon is attempting to save face by presenting the case as ridiculous...she may have only recorded the sanctioning process. Chi Omega's National Headquarters will not respond because they enforce the notion of human dignity: it is Shannon's business and they will not discuss details because this violates her rights. By no means am I saying that a lie is definite, but something just isn't adding up.

In my personal opinion, if this hoopla is truly about the Tinder picture the personnel board was out of bounds in pursuing membership revocation. However, I do not think they were out of bounds to call a member out for posting a picture of herself in Chi Omega letters on a well-known app that promotes "hooking up" just as much as it does dating. Any active or alumna sorority member can tell you when it is or is not appropriate to wear letters. The spoken rules are clear, and as far as a member's discretion goes, why take the risk? I'd rather be safe than sorry.

Apps like Tinder did not exist when I was in college. If they had I would never have posted a photo of myself in my letters. Sorority letters give plenty of identifying information. As we are well aware, predators do use those apps to find targets. The predator likes what they see, knows to look for those symbols on a college campus and boom, all of your sisters are now targets, too. If your chapter has a house on campus, boom, it's a location where the predator can find you and your sisters.

So who is truly at fault here? If we're going to go around assigning blame, let's make sure it's directed correctly. The personnel board was too extreme in their disciplinary ruling (unless we are not receiving the full story). If the picture was truly the issue, then a phone call requesting that it be removed would have sufficed. However, they are not at fault for Shannon's choice to leave the organization. Shannon made that decision. No matter how the media spins this web, the most important thing to remember is that Shannon did not pursue due process and chose instead to behave like a spoiled child: refuse to take responsibility and then make sure the other person is the bad guy. Shannon's conduct following this ordeal has been unbecoming of a Chi Omega woman. Actually, it's unbecoming of any sorority woman. Her entire sisterhood will now suffer because of this; her local chapter is getting negative press so all Chi Omega chapters are now implicated. If she truly cared about Chi Omega as much as she and her mother claim, she would have pursued retribution quietly and with dignity.

Shannon, as your sister, I want you to know that I understand why you resigned your membership. I do not understand what led you to this ridiculousness. You need to think about what you have done wrong and what kind of legacy you have established for yourself. Your picture and name are all over the Internet now, widely documenting that when you don't get your way, you create chaos. How do you think that looks to future employers? Hint: Not good. It's time you receive some tough sisterly love, and that's what I'm giving you now. Just because you are not a member does not mean you shouldn't reflect on the Chi Omega symphony. I'll leave you with this excerpt to keep in mind the next time you feel you are facing adversity: "To choose thoughtfully that course which occasion and conscience demand."