The Trilogy: Golden State vs. Cleveland

The Super Team vs the King... who will win? 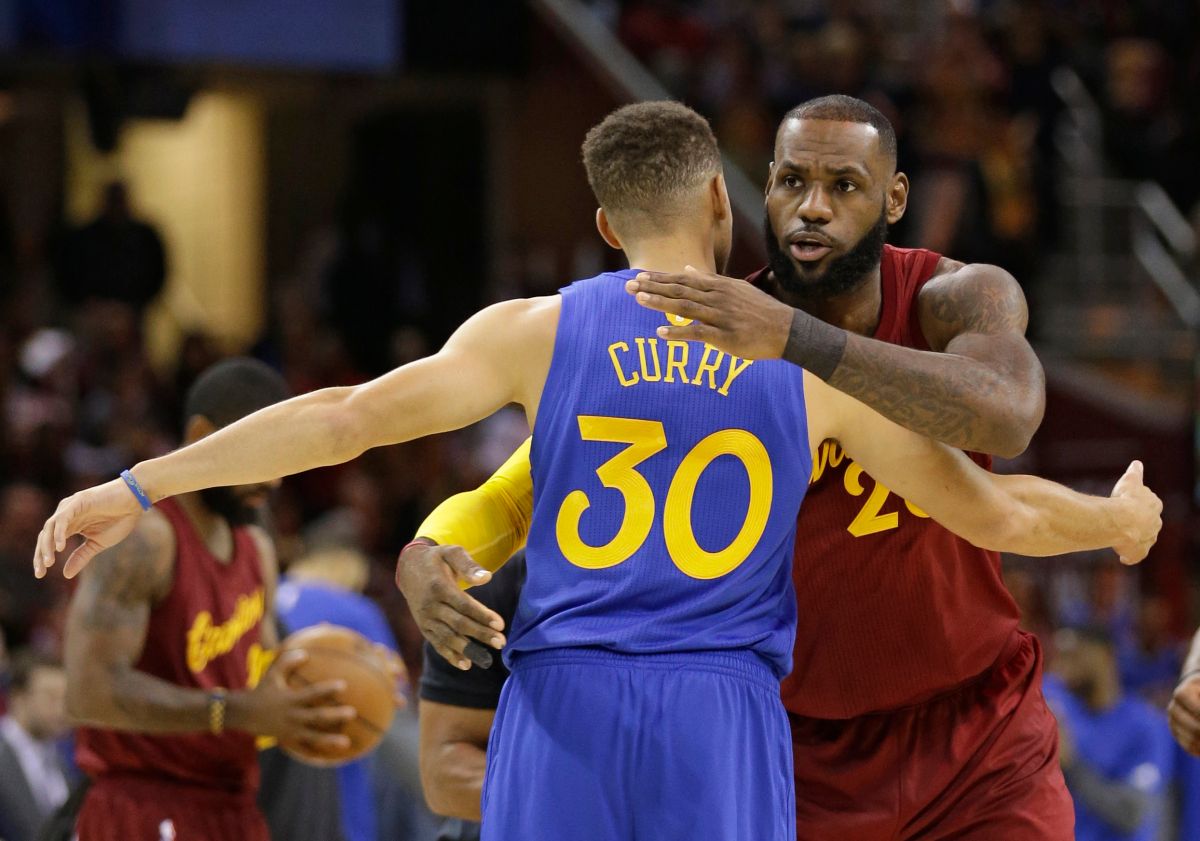 On June 1st, the third chapter of an epic series will commence. It is the third matchup between two teams that both have one goal in mind: winning the championship.

For the third NBA Finals in a row, the Cleveland Cavaliers and the Golden State Warriors will battle to be Champions of the Basketball World. In 2015, the Warriors won in six games on Cleveland's home floor. The following year, the Cavaliers came back from a 3-1 deficit to beat Golden State in an epic seven series. Both teams are loaded with experience and talent. The Warriors are considered to be a "Super Team", while the Cavaliers are led by arguably the greatest player of all time in "The King."

This third installment will make and potentially break the legacies of the players involved in this series. Multiple future Hall-Of-Famers will take the court on June 1st, and every game will be a battle to help immortalize each player's own legend. The hype for the Finals is at an all-time high. Despite a lack-luster NBA playoffs so far, a third matchup between the Cavs and Warriors can potentially make up for this failure of a postseason.

Now let's look at the competitors in these Finals, from the coaches to the unheralded players that can surprisingly alter the course of the NBA Finals.

Tyronn Lue won his first NBA Championship as a coach in his first year at the helm of an NBA team. Lue's sudden success came at the expense of Warriors head coach Steve Kerr. Unfortunately, it appears as if Kerr will not have a chance to coach on the big stage again, as he is still ailing from back problems that have kept him from coaching throughout the playoffs. The Warriors subbed in Mike Brown to fill in for the head coaching spot. So far, this move has worked out brilliantly as the Warriors are 12-0 so far in the playoffs. However, do not count out Tyronn Lue. His scheme along with his motivational skills helped propel the Cavaliers to three straight wins against the Warriors in last year's Finals. Both coaches are fortunate to have such talented players on their rosters, however their decision making when it comes to player rotations, halftime adjustments, and halting the opponent's momentum will greatly impact the outcome of the Finals.

These guys are the definition of showtime. We are all tuning into the Finals to see these four stars compete against each other on the biggest stage. For the Warriors, Steph Curry must perform at his two-time MVP level. In the past two NBA Finals, Curry has seemed worn down and tired. There were even health questions about Curry's knee during last year's Finals. The good news is that Curry has looked the part so far in the playoffs. He needs to be ready because Kyrie Irving will be coming for him. Kevin Durant has a similar challenge ahead of him. After bolting from the Oklahoma City Thunder to join the Warriors in free agency last offseason, he must justify his decision by winning an NBA Championship. Durant must not only be on the winning side of this matchup, but he must be a huge difference maker in this series to truly earn himself a place in NBA lore. The Warriors added Kevin Durant especially for a moment such as this. He must perform well, because otherwise "King James" will get the upper hand on Durant once again.

The KING, Lebron James, is rapidly placing himself in contention to be the greatest basketball player of all-time. Despite recently passing Michael Jordan as the all-time scoring leader in NBA Playoff history, Lebron is still behind Jordan in many people's minds. But if Lebron were to will the Cavaliers to a victory of this Warriors "Super Team", then the argument for who is the best ever would get extremely interesting. Lebron is already a Top Ten player ever, at this point he is simply adding to his legacy.

Kyrie Irving on the other hand is seemingly just getting going. After hitting the go-ahead three point shot in Game Seven of the NBA Finals last year, Kyrie has maintained his stellar and clutch play. His job is to embarrass Steph Curry by trying to expose the Warriors point guard defensively every time he is switched on Irving. If Kyrie can score like he has against Boston in the Eastern Conference Finals this year, then the Warriors may be in trouble.

For every Batman, there is a Robin. The Super Stars on every basketball team have a "Robin" to help. Draymond Green and Klay Thompson are arguably the greatest Robins of all time. Green will fill up the stat sheet by grabbing rebounds, garnering assists, and by being a pest defensively. Draymond must keep his cool however, as his temper has famously been known to affect the Warriors negatively. Thompson has struggled so far in the post season, he's down from shooting 41% from three in the regular season to shooting 36% from three in the playoffs. If he can regain his shooting form, then he could be a NBA Finals MVP candidate. If you think this is crazy, just look to Game Six of the Western Conference Finals last year for evidence.

The big men for the Cavaliers will be crucial in this series. Kevin Love has been on fire from three point range during the playoffs. He also has seemed far more comfortable with the amount of offensive touches he is receiving. Love is commonly known as being apart of Cleveland's "Big Three", but he is still a tier below Lebron and Kyrie. However, if Kevin Love can take his game up another notch, he can definitely make fans and pundits alike start to consider him a Super Star. Tristan Thompson must own the offensive glass if the Cavaliers are going to win this series. Thompson is a rare player that seemingly takes more pride in getting a rebound, than in scoring points. The Warriors are not the deepest team on the front lines, so Love and Thompson can really alter this series if they keep the Warriors bigs in foul trouble.

Kyle Korver has been a marksmen from behind the three-point line for his entire career. Few players can suddenly catch on fire and shoot the ball like Korver can. If he gets into a nice grove during the Finals, then he could swing the series in favor of the Cavaliers. The three point shot has changed the NBA, and is now one of the most important aspects of the game. This makes shooters such as Korver very important in series such as this one.

The Shaqtin' A Fool star himself, Javale McGee, has redeemed himself this season. The center has made himself into a solid starter so far in the postseason. McGee's main role is to help battle for rebounds with Tristan Thompson and Kevin Love on the boards, while also protecting the rim against Lebron James and Kyrie Irving. Any scoring punch that McGee can offer will also help bolster the Warriors as well. McGee has been a joke for most of his career, but if he plays to his potential, people will have to start taking him seriously.