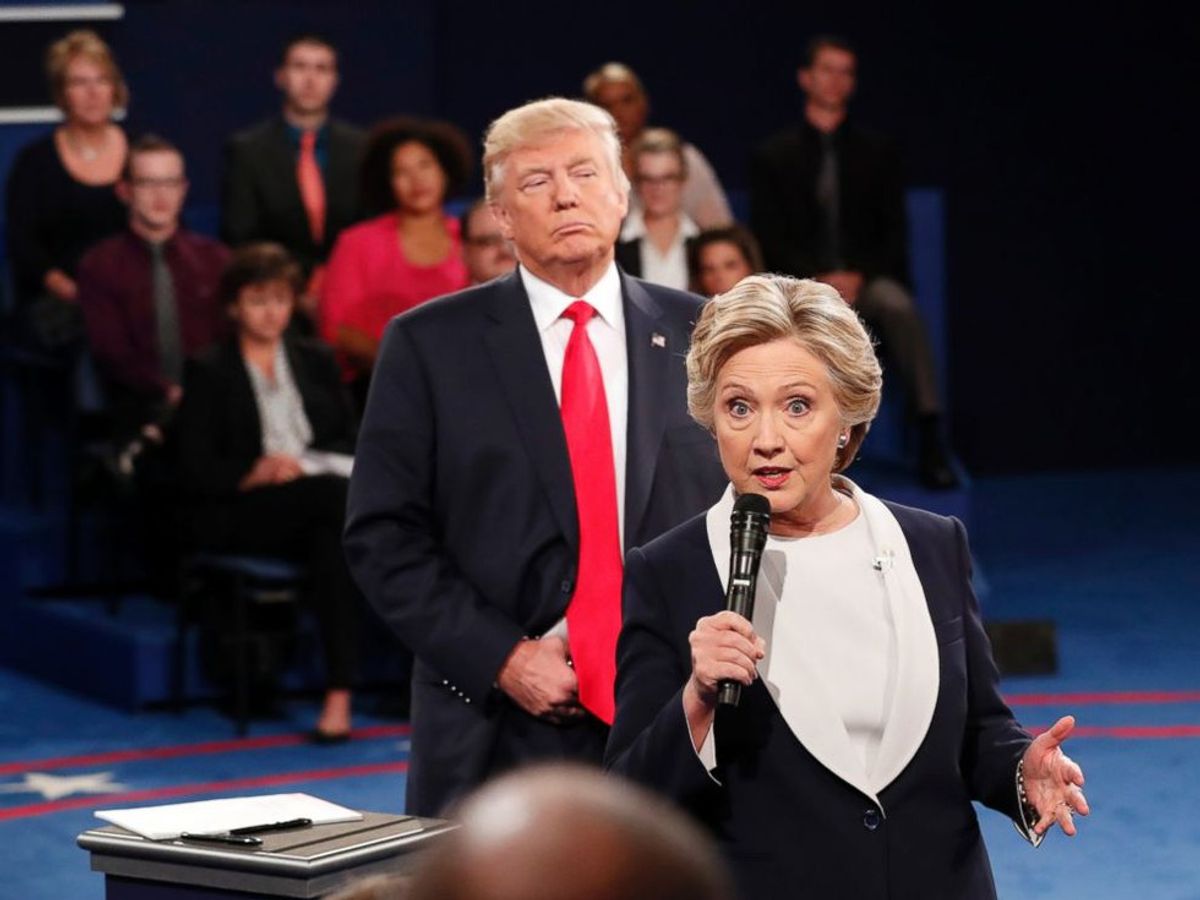 Since the very beginning, the tone of the Trump campaign towards Clinton has been condescending and patronizing, especially when Trump raises alarms about Clinton's health. Accusations that Clinton is secretly sick or lacks the stamina to be President is one the oldest tricks in the book when it comes to criticism about powerful women. Rather than acknowledge the fact that Clinton was the most traveled Secretary of State ever and has had confirmation from her physician that she is healthy, Trump and his cronies continue to show edited clips and biased articles that somehow "prove" that Clinton is sick. Not only are his accusations unfounded but they also prove that when it comes to Trump, there are no other sides to him: he is a sexist pig.

Another subtle form of sexism that the Trump campaign furiously circulates is the idea that Clinton's husband, former President Bill Clinton, and his behavior are somehow relevant while Clinton herself is running for office. I wonder if Trump knows that a married woman can have a life, moral code and mind removed from her husband's? Bill Clinton's behavior has been the topic of conversation for decades and by using his misdeeds to discredit Clinton, Trump is really just outing himself as a man who cannot imagine that misdeeds by a husband are somehow the fault of the wife. I'm sure that attitude helped Trump cope with the guilt over his own extra-martial affairs.

Don't forget to take into account the subtle forms of sexism that the Trump campaign is constantly circulating and highlighting on Election Day.