The Right to Grieve

The emotions of anti-Trump supporters 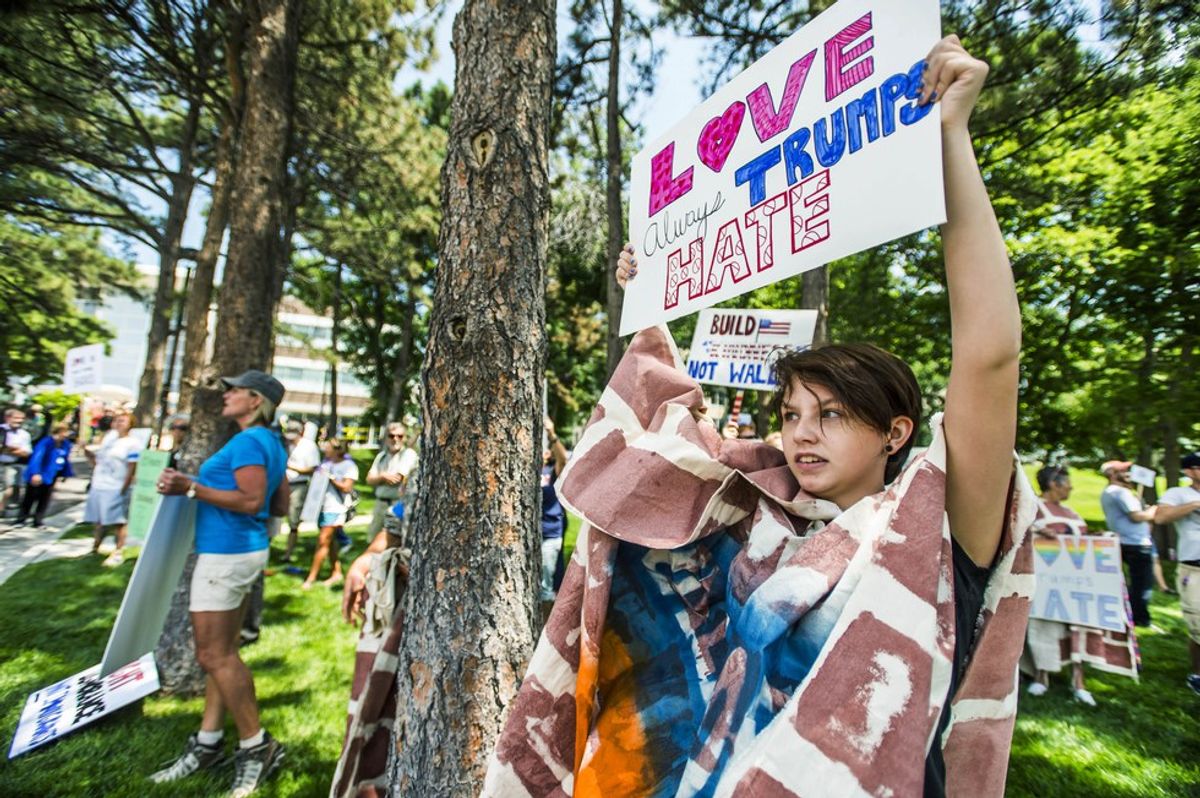 Generation Y has been called the “special snowflake” generation. We are portrayed as entitled, coddled, and spoiled with safe spaces and participation trophies. Of course, there are some millennials who fit that description, but, from my experience, these titles fail to label the majority. The results of this election and protests have spurred on conservatives to describe millennials as brats. Many Trump supporters think that those of us upset with the election must accept Trump as our president. They tell us that we need to unite to respect our president.

However, I think that these protesters have the right to grieve. They are not protesting because they are spoiled children throwing a tantrum because they didn’t get their way. For them, this election goes beyond the mentality of “my person didn’t get elected.” The election results tap into this dreadful combination of fear, disillusion, and disappointment.

Predominantly, anti-Trump protesters are scared of an executive branch which seems to enable hateful actions. Mike Pence has a reputation for allowing discrimination against the LGBTQ+ community. He fought against the repealing of Don’t Ask Don’t Tell and even supported gay conversion therapy. Due to Trump’s caustic language, Muslims and Mexican immigrants now fear for their safety, as they worry about discrimination, bullying, and deportation.

Young Americans are disillusioned with their country. They have trouble understanding how a large portion of the population supports a man who openly discriminates and supports extreme policies against many groups of people. The America they live in today is in opposition to their values of equality and empathy. They are disappointed in what the country has seemed to become.

Perhaps, a Trump supporter might disagree with these negative feelings of anti-Trump supporters. Instead of calling them spoiled or sore losers, in order to heal the division of the country, it is important to understand these emotions and address them and that they have a right to grieve. On both sides, if these opinions and thoughts are heard without judgment, the nation can learn to unite.