The Rest Is Still Unwritten: A Writer On Writer's Block
Odyssey
CurrentlySwoonLifestyleHealth & WellnessStudent LifeContent InspirationEntertainmentPolitics and ActivismSportsAdulting
About usAdvertiseTermsPrivacyDMCAContact us
® 2023 ODYSSEY
Welcome back
Sign in to comment to your favorite stories, participate in your community and interact with your friends
or
LOG IN WITH FACEBOOK
No account? Create one
Start writing a post
Student Life

The Rest Is Still Unwritten: A Writer On Writer's Block

500 Words on Having Nothing to Say 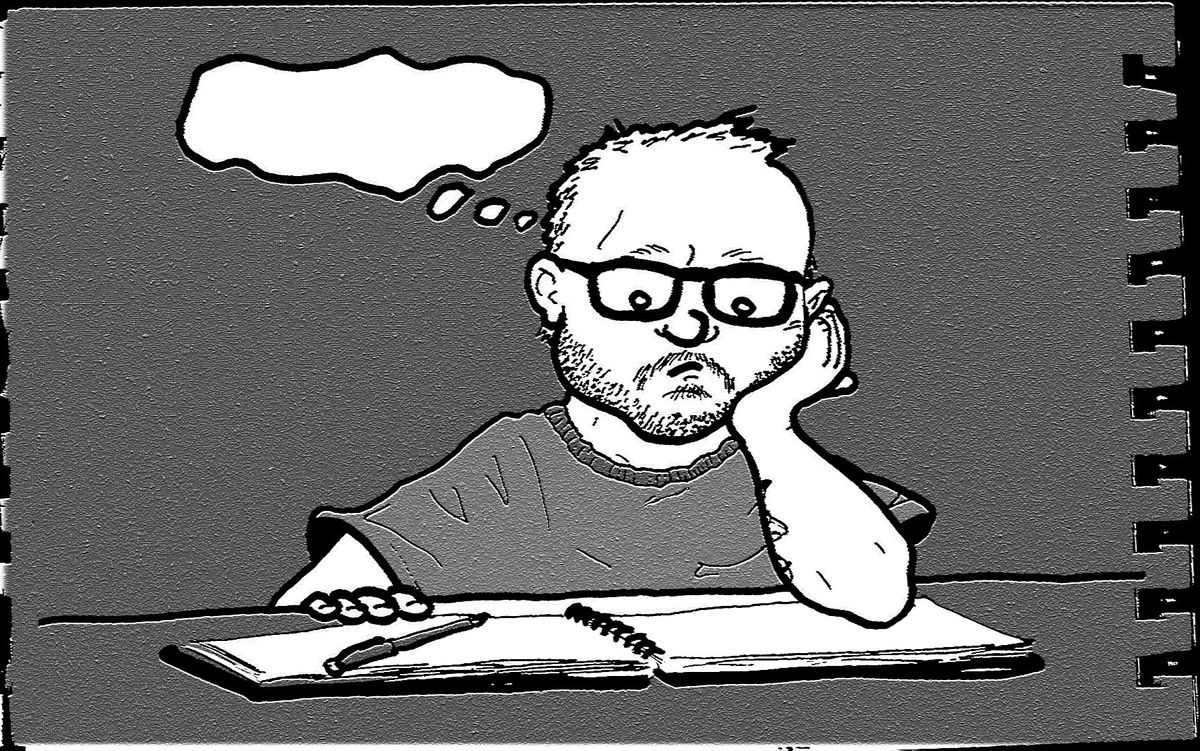 Writing is one of the most sophisticated-seeming hobbies to pursue. When a person mentions that they write in any capacity, what tends to creep into people’s minds is pseudo-intellectuals sitting outside of chic little cafés writing up our next samples of genius on our laptops; or, to be even more aesthetically pleasing to imagine, actual notebooks and pens like modern-day F. Scott Fitzgeralds. Unfortunately, the reality of a writer’s life is usually much more mundane and aesthetically frustrating: a clock showing a time way past when any human should reasonably be up, a laptop using up its last breath before it collapses from a lack of battery, and a blank page cursed by writer’s block.

Writer’s block can come in many forms depending on the writer. There’s the noble version of writer’s block that comes from a writer being too fatigued after dedicating hours to dutifully writing their research paper, thank you notes, etc.. For these people we all secretly hate who seem to be able to get their lives perfectly together, they can at least go to sleep semi-peacefully knowing that they actually got something done. The second more common type of block is from the fatigue when you haven’t been writing for a while. Getting back into the groove of anything after an extended absence is never fun, and writing’s never exempt. And once again, you stare at a blank page at the end of the night. The other common type of writer’s block is unintentionally but frequently abused by everyone from college freshman to seniors in a retirement community: procrastination. Ironically, the more time you put off waiting for a stroke of brilliance to inspire you, the less likely it is that that stroke of brilliance will ever actually grace you with its divine providence. What usually occurs instead is one self-loathing writer muttering every non-printable expletive they can think of under their breath while writing whatever thought their brains can come up with after powering through completely avoidable ungodly hours to reach their deadline.

I’ve experienced writer’s block on everything from school reports to college application essays, and most certainly when writing this article for The Odyssey. And just as if I were going through the seven stages of grief, I went through every version of writer’s block described above until I reached a sweet moment of acceptance: I’ll probably struggle with some form of writer’s block at some point or another even if I become the next Stephen King, but I still need to put something down on the page. Even if a writer starts out their latest project just writing out their grocery list, something interesting is way more likely to appear than if the writer just stares at the computer screen for hours on end. Writer’s block is a war that most artists face at some point, but we have a useful but rarely thought of secret weapon: productivity. So stop procrastinating reading this writing on writing, fight your personal block, and produce!

QueenRadhi
The State University of New York at Stony Brook
3387