He is so much more than "famous." 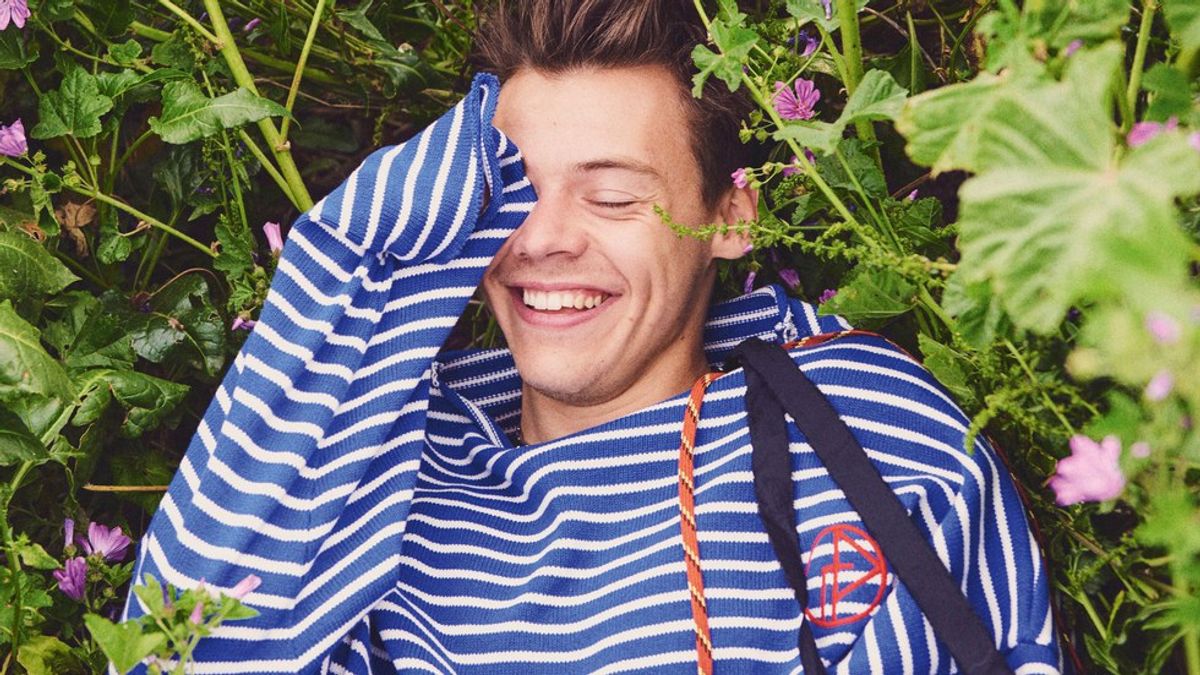 I remember when One Direction first started becoming popular in the U.S., and everyone asked each other, “Who’s your favorite member?” Back then, I actually wanted my favorite to be anyone but Harry, since he was everyone’s favorite.

Of course, I ended up completely falling in love with him, not for his looks, but for the person that he is inside.

First, Harry isn’t the type of person to talk bad about someone. After the breakup with Taylor Swift, Taylor publicly called him out during her speech at the Video Music Awards. Harry was in the audience and clapped for her. Afterwards, interviewers asked him about what Taylor had said, and Harry had nothing but nice comments to say about her.

He also doesn’t look for praise when he does something kind. Ed Sheeran once said that on his day off, Harry spent $3000 on pizzas for the homeless. Ed’s interviewer responded, “The fact that he didn’t tell his publicist to tell anyone, to me is the coolest part.” So many celebrities tweet or make an Instagram post whenever they do something kind, but Harry never does. He did not even acknowledge what Ed had said about him. He performs acts of kindness simply because it’s the right thing to do. Ed also said that this is the kind of story the press should write about, not gossip.

Although the media and paparazzi sometimes exaggerate stories about him or invade his privacy, Harry still shows respect towards them. He once gave his food to a paparazzi who said he was hungry.

Many media sources portray Harry as being a “womanizer,” when that could not be further from the truth. In interviews, when asked if the members call “dibs” on women, Harry said that they don’t do that because it objectifies women, and he has also called people out on saying disrespectful comments toward women.

I also admire how Harry defies gender stereotypes. He wears nail polish and has worn clothes that were targeted for women. He chooses to talk with gender neutral pronouns when speaking about dating. When him and Liam were asked about which traits they look for in a girl, Liam jokingly said “female” and Harry responded by saying, “not that important.” He also treats male fans the same as female fans by kissing them on the cheek as well. He doesn't treat it as something awkward and uncomfortable, he welcomes it.

Harry also brings awareness to many important issues regarding women's rights and the LGBT community. He has shown time and time again his support for the gay community by waving rainbow flags during concerts. He said, "Here at One Direction we like to celebrate love in all forms. Love is love."

When Harry cut his hair, he donated it to the Little Princess Trust, an organization that gives free real hair wigs to children who have lost their hair due to cancer.

From watching just about every One Direction interview out there, I have formed my own opinion about who Harry truly is, and that is someone who is kind. He will always have a special place in my heart and I hope to one day be able to tell him just how much he means to me in person.

I have a YouTube channel where I post One Direction videos, and some of them are about Harry and my thoughts about him. One video actually has over 700,000 views. I have received so many wonderful comments agreeing with who I believe is the real Harry Styles.

Overall, there is so much that people don’t know about Harry. They can’t judge him based on ridiculous headlines or stories, and especially not because he is a “celebrity.” Harry himself has said that he hates being called “famous” because there is no substance to that word. I am here to say that Harry is so much more. He is caring, respectful, generous, kind, altruistic, confident, talented, and a hero to so many fans, including me.