The Problem(s) With College Baseball 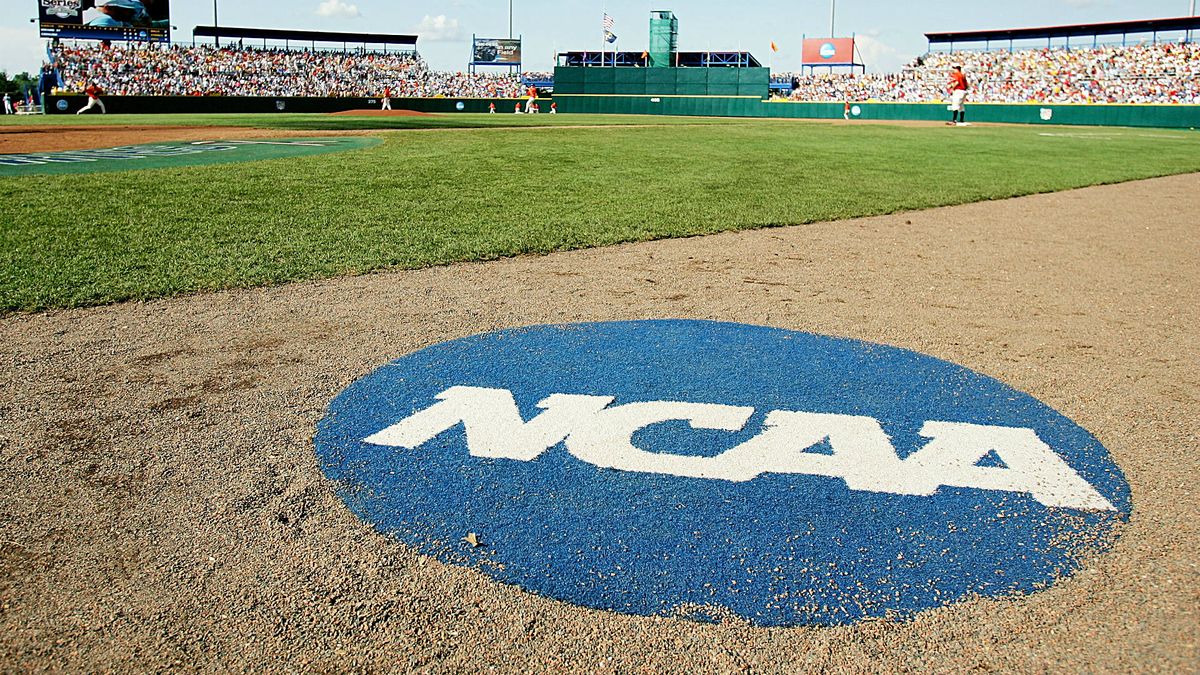 I love baseball. If you know me at all, you know that that statement is undeniably true. I've seen the game through almost every possible angle. I've played, coached, umpired and watched my child play. Baseball is especially fun to watch this time of year because of the NCAA tournament and the College World Series. I watch as many of those qualifying games as I can because it still looks fun to those college players.

NCAA Division 1 baseball teams are allowed 11.7 scholarships per team. An average team will carry between 28-35 players on it. So, let's do the math here: Even assuming that a team carries only 28 players and divides the total scholarship money up equally, that's about a 42% scholarship for each player. An in-state room and board cost for one year at the University of Tennessee is a out $28,500. That means that each player would be on the hook for a out $16,500 each year. At the end of four years, and if the player got no other scholarship money (like academic or HOPE), the player would have paid (or, most likely, have taken loans for) $66,000. However, scholarships aren't given out equally.Typically, pitchers get more money than hitters. It's a real struggle for the head coach to make all of the numbers work together. Add in such factors as players leaving for the draft, failing to qualify, natural attrition and you have a very difficult task of building an airplane as you're trying to fly it. Simply put, 11.7 scholarships just aren't enough and kids leave college with a massive student loan debt just to play college baseball. Yes, there are ways to off-set some of these costs (mentioned above), but why does the NCAA continue to limit the number of baseball scholarships to 11.7 when they know that it takes almost three times that number to field a team? NCAA softball teams average about 21 players per team. Do you know how many scholarships softball programs are allotted? 11.7. Does that seem equal to you? It doesn't to me.

The ignorance I'm talking about here is from the parents of the player...and sometimes from the player. I'll bet the vast majority of parents don't know that there are only 11.7 total scholarships available per team. I have no doubt that people assume that a "baseball scholarship" is a full scholarship. Those exist, but they are extremely rare. It's also possible for a player to have a 100% deal, but only a portion of that be baseball money. That's why good grades are so important. There's a lot of academic money available and college coaches use this when they present a financial package to the player and his family. The trouble with this is that a lot of times, the player or the family doesn't ask...or doesn't know to ask...what happens in the player loses the HOPE scholarship, or the other academic scholarship, and, when that very thing happens, the player has to leave school. It's also been my experience that parents have NO IDEA what college coaches look for when they look for players. I'll cover this in another blog, but it's not batting average and their won/loss record...even though I've heard many parents say that very thing. Generally, a parent isn't able to view their child through objective eyes. They also don't know how to build a team. Further, they don't know what sort of "fit" each college coach is looking for (they all have their own preferences of qualities they want in their players) and parents just don't know this or how the process works. One more thing that I'm betting the majority of parents don't know that, with a few exceptions, scholarships are only for one year. I've heard a lot of people say "four-year scholarship" when referring to their child's deal. A final area in which players and parents are ignorant is what just what exactly "being recruited" looks like. Back when I was coaching, I would have a player show me an email or letter from a coach and he'd think that was the pre-cursor to an offer. An invitation to camp isn't "being recruited". Do you have any idea how much money college coaches make from "prospect camps" and stuff like that? I used to work camp at Clemson each summer. They had three weeks of camps sell out (250 kids each week) at $600 PER KID. Do the math. So, most likely, that letter your son got inviting him to camp isn't a piece of recruiting material. Also, colleges send out HUNDREDS of form letters to players each year telling them they are interested in them. Yes, it's good that your kid's name is on someone's list, but a lot of the time the list was purchased or gotten from just a big database and that coach hasn't actually seen your child play. Big outfits like Perfect Game and Baseball Factory make this possible.

Now look, I was a coach for a long time and I will almost always defend coaches because of my time as a coach. However, in the last couple of years, I've personally known kids who signed scholarships to schools and had a year of their eligibility burned just to pitch three innings or to have four at bats. I can't see how that's taking care of your player at all. Players only get five years to play four and batting four times in an entire season burns one of those years. That's rough. I don't know the individual circumstances, but I'd find burning a year of a kid's eligibility like this during his freshman year hard to explain or understand. Then there's the matter of getting kids to campus under one financial deal and then cutting their financial package once they are there. That's all kinds of wrong. I'll write more about this one day, but it's a real problem. Essentially, it's lying to the player and to the family. Recently, the University of Alabama fired their head baseball coach after just one season because he threatened (and this is against NCAA rules for Power 5 schools) to cut some of his player's scholarship money. When my son was being recruited, I asked each coach who offered him a scholarship if they cut kid's money during their time on scholarship (I wasn't referencing if the kid did something stupid like getting arrested). Three of the schools told me that they reserved the right to do it and had done it in the past. Another school said that they didn't do it (but I found out later that that wasn't true). But the best comment was given by Dave Jarvis, the head baseball coach at Belmont. He said, "No, Coach, we don't do that. If we "miss" on our evaluation of a kid, that's not the kid's fault. That's our fault and we'll never penalize the kid for our mistake." He's right, you know. But, as I explained before, putting a team together on 11.7 scholarships is a very hard task. However, if you have to take money from someone you already have on campus in order to make that work, then I think that's wrong. College baseball is a business. I get it. There's a lot of money being made and Power 5 schools are paying upwards of $500k per year to their head coaches. For that kind of money, you have to win. But, winning at the expense of a kid's future is over the line to me.

If you love baseball, I encourage you to watch the College World Series. It's full of pride and passion. A lot of the guys playing in it will be playing in their last games of their careers. A select few may make it to the Show. If you are the parent of a player who wants to play in college, educate yourself. There's probably so much that you simply don't know. You have to help your son, but make sure you're doing it for your son and not for yourself. After all, it's always about the players.