I'm not going to sugar coat it like the rest 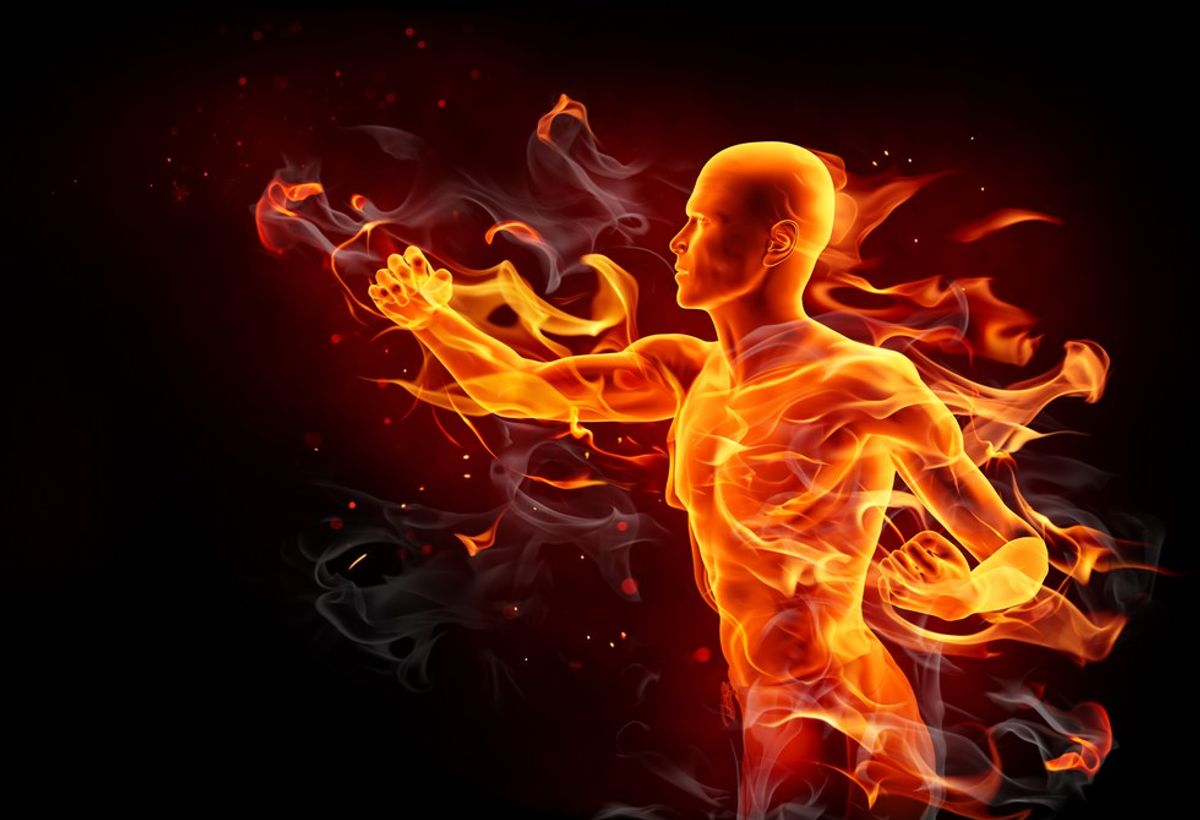 My fingertips ache as they dance across my keyboard typing "Complex Regional Pain Syndrome" into Google (you know, today's most reliable source). Articles flood my screen, some informative and some personal anecdotes; every article with a slight imperfection, every article a bit misleading, and every article making Complex Regional Pain Syndrome (CRPS) seem like just chronic pain. It's about time for somebody to speak up, to show the raw, unfiltered, accurate truth of what CRPS is all about. I apologize if this comes off as hard to read as it will be shocking, but I'm not going to sugar coat it like the rest. My intentions are not to bash all the other articles out there but to fill the gaps and correct the false information.

Starting on an false information and common false belief note, I would like to point out a few things. First things first, CRPS does NOT only affect an arm or leg. With that being said, CRPS also is NOT limited to one or two limbs. CRPS can affect anywhere that you have nerves. In case that went over your head, let me make it clearer for you...CRPS can affect any inch of your body. To make it crystal clear, any and every body part can be affected by CRPS; you name it, CRPS can affect it. Many of sufferers have at least two limbs affected by CRPS and many even have full body pain. Imagine CRPS affecting your stomach, causing you to experience constant pain, cramping, burning, nausea, and more often than not the inability to keep food down. Imagine having CRPS in your head—imagine the worst headache or migraine you have ever had, multiply that by 10, now multiply that pain by 100, now imagine this every second of every day. Imagine CRPS in your buttocks, making sitting unbearable. Secondly, the exact cause of CRPS is often unknown it CAN be triggered by a injury or surgery but sometimes people start experiencing constant, severe pain out of the blue. This makes it nearly impossible to find the exact cause and what exactly "went wrong" inside our bodies. Last but certainly not least, CRPS is chronic meaning it last for only years, if you're lucky, but often you're stuck with it for a lifetime. There is little to no hope when it comes to treatment and going into remission.

On a broader note, the media makes out CRPS to just be "chronic pain." This leads many to believe that it's just bad pain. You know, the pain similar to when they broke their leg last summer, right? If only that was the extent of pain that we felt. The severity of our pain is often ignored and I'm going to take this opportunity to show you a small visual that will put everything into perspective.

Notice that CRPS is ranked as the worst pain known to man. Yet for many, you haven't heard of it until you came across "just another article" on your Facebook newsfeed.

Now, where does the media go wrong aside from misinforming? The media only shows the happy parts of CRPS. So, that success story about the treatment that put somebody into remission in your hometown that was featured in an article through the local news did more harm than good. In all seriousness, great for them, but the article written up about the success story leads everybody to believe getting better is as easy as receiving that same treatment and Voila they are suddenly cured. This has "false" written all over it. CRPS treatment is all about trial and error. Due to not knowing the exact cause of pain we don't know how to get rid of it and everyones bodies react differently to treatments. Therefore, what helped one person may not help another, it may even make somebody worse.

The media is ultimately hurting us. Take an illness, like cancer, for example, you don't just hear of the people who are in remission or cured (woohoo!) but you also hear about the one who didn't make it. I hate to say this, but we live in a pretty messed up world. Although sympathy isn't what we are after, often without it people aren't willing to give. Giving not being limited to material things such as donations but people often need to see the "ugly side" to an illness to give you their support and love. So, how about next time the media tackles CRPS from a different perspective? How about they talk about the one who was left disabled and bed ridden and can't support his/her family, how about the 8 year old who was just diagnosed and has his/her whole life ahead of them? I'm not saying a happy story here and there isn't a good thing but the media must learn that there has to be a healthy balance. After all, the media is the best way to spread information around these days. If they could bring CRPS to people's attention, maybe we can raise awareness, ultimately raising money that will help us find a cure.

Emmaline B
The Narrative
81666
https://unsplash.com/photos/O0T1SIgHAfM