'The Office' Characters As College Students 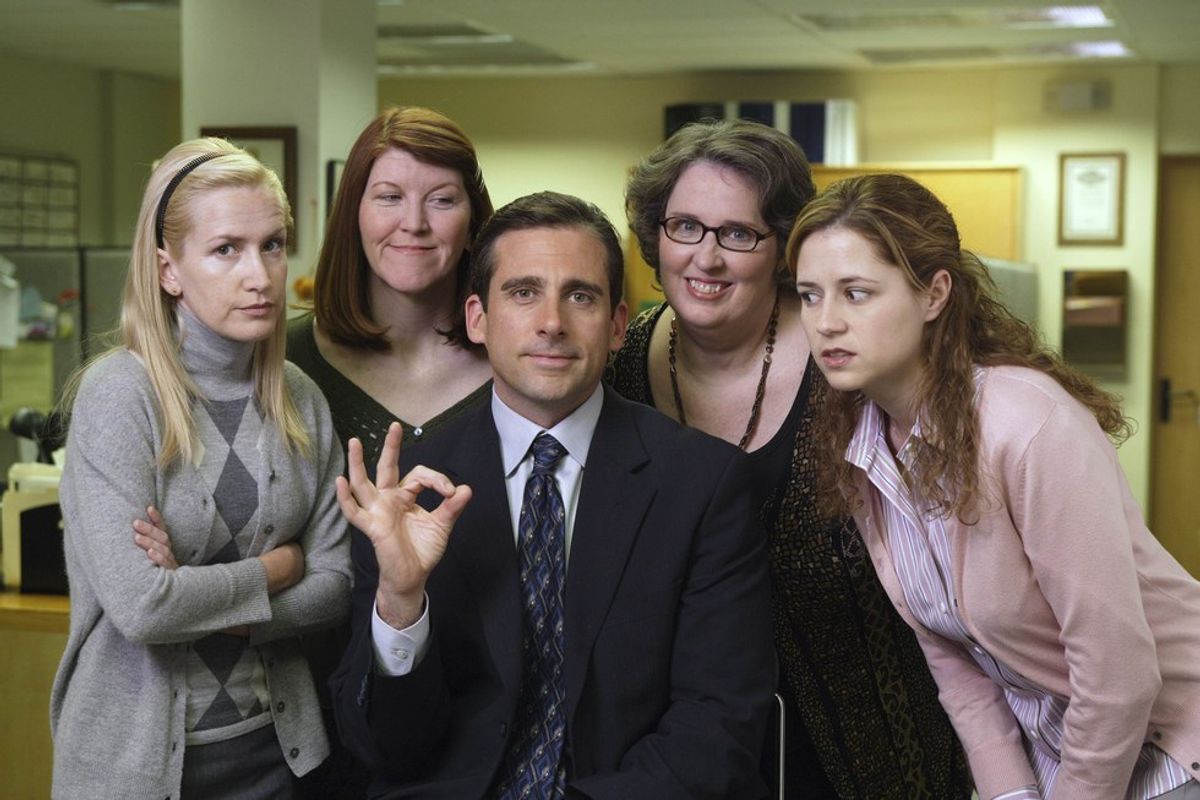 Ever wonder what The Office characters would've been like in college? Well, this may answer your question. Behold, a list of our favorite Dunder Mifflin employees and all of their painfully true-to-character college counterparts. Are you a Kelly? An Erin? A Kevin? Let's just hope you're not a Toby.

The overachieving teacher's pet who reminds the professor about last night's homework that everyone else forgot to do.

The RA who always organizes activities for the dorm and tries to get people to like him but never actually helps his residents with their problems.

Everyone's favorite kid on campus who everybody has a crush on, even the cafeteria ladies. Always pulls pranks in the dorms.

The relentless optimist who is drowning in schoolwork, relationship problems, problems at work, and student loan debt but manages to keep trucking along each day.

The kid who asks the same question four times in class and is always at the dining hall, probably chewing with his mouth open.

The senior who is 100% done with school, naps through class, and is out the door the second it's time for class to end even if the professor is still talking.

We get it, you go to an Ivy League.

The cocky kid everyone hates who has an opinion about everything. Always has the newest iPhone and reads Business Insider and the Wall Street Journal during class.

The girl who's always holding a Starbucks drink and wearing her sorority letters. Spends every class shopping online and knows all the dirt about everyone on campus.

The hyper-sexual and slightly terrifying kid who brings a waterbottle full of vodka to her 9am.

The quiet kid you don't notice sitting in the corner who gets arrested out of the blue one day because he was leading a drug operation from his dorm room.

The uptight young professional who complains about getting a 95 and has a dorm filled with pictures of her cats because she likes animals more than people.

The passive-aggressive kid who's really friendly and gives campus tours but you know is always silently judging everyone.

The eager freshman who's involved in every club on campus and dreams of being the school mascot.

15. Phyllis: The Mom Friend Of The Group

The mom friend who brings homemade cookies to class. No one underestimates her wild side though; they know she can party with the rest of 'em and has the craziest stories.

The hopeless romantic who works at the local pizza place and writes his number on the inside of the boxes getting delivered to sororities.

He's...well...Toby.
Report this Content
This article has not been reviewed by Odyssey HQ and solely reflects the ideas and opinions of the creator.

Caitlin Marie Grimes
University of South Florida
1064
Beyond The States