I went to Walker Valley High School and the University of Tennessee. I know about a moral victory. 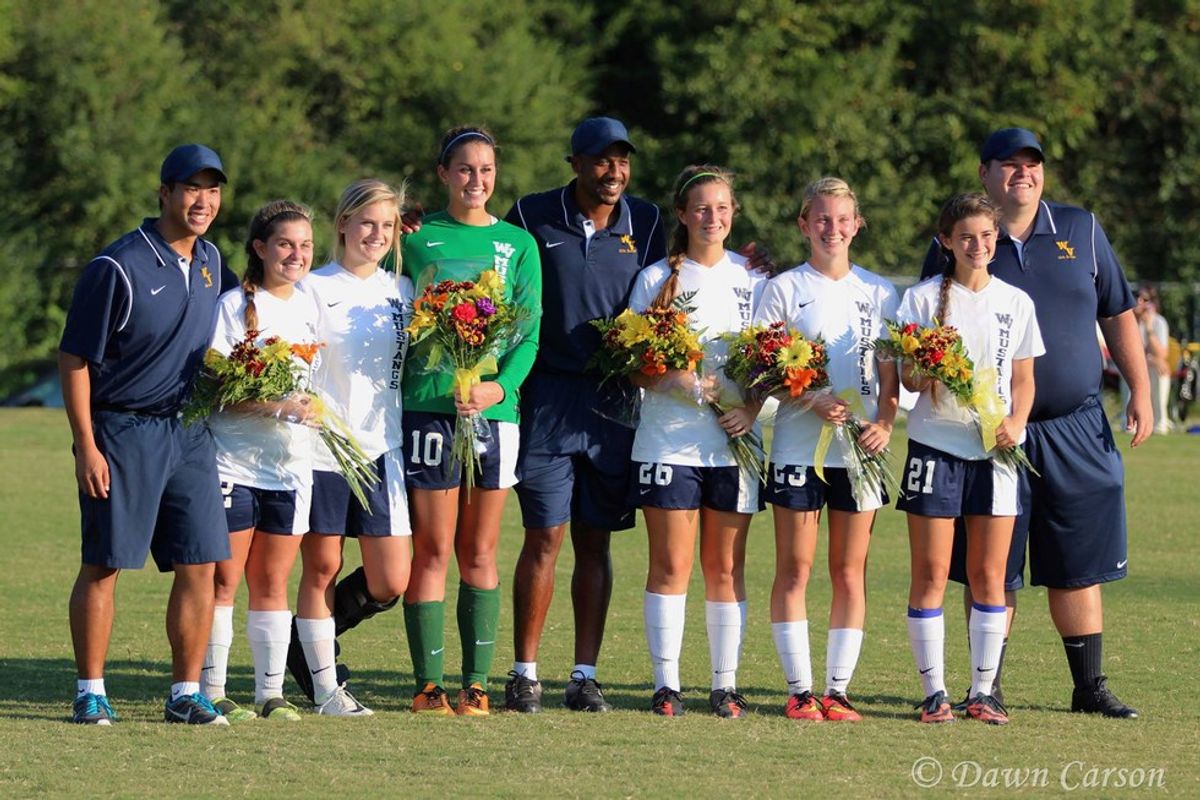 “I went to Walker Valley High School and the University of Tennessee. I know about a moral victory.” – Dalton King

I’ve never been a moral victory kind of gal; I’m typically more of an all or nothing person. I give my 110 percent all the time. I don’t believe everyone deserves a trophy for participating. That being said, I don’t take losing very lightly. I’m super competitive whether that be church league softball or the state championship. I especially hate when my football team loses. There have been many tears shed over that one, and a couple of people blocked on Twitter.

But sometimes, your best effort doesn’t get you the crown.

That doesn’t mean you didn’t accomplish some great things along the way. And sometimes, those accomplishments shouldn’t be ignored. Hence, the moral victory. There have been times in my life when the benefit of being involved, even when losing, has been worth it.

Let me give you an example:

My sophomore year, my soccer team was terrible. I don’t remember if we even won a game. The next year, we had a new coach and many talented girls. Our goal was to get past the first round of district, but we didn’t. We did, however, win half of our games, which was a huge accomplishment. And by my senior year, we almost made it to the championship. This year, for the first time ever, they won the district and the region.

I believe what made all the difference in that team was the mindset of the moral victory. You can’t win it all overnight, but along the way you can celebrate how far you have come. Realizing how big of an improvement winning half our games was led us to push ourselves harder to win more the next year, eventually going above and beyond the goal. I learned a lot from my years of playing soccer, and those losses built a lot of character.

I recently worked on an SGA campaign. We didn’t win the executive race, but we got 50 percent more students to vote than the year before. We convinced 2,000 people that our cause was a worthy one. In the end, 15 of our senators were elected. No, it wasn’t the goal, but those are some pretty major accomplishments that should be celebrated. 4,000 people realized that their voice matters on campus! We had a blast. And though it was difficult to lose something you've poured your heart and soul into, something you are so passionate about, I made some great friendships that taught me so much about loving people and politics. I have no doubt it made a lasting impact on all of us.

So celebrate the small things!

When you are shooting to make a 100 on your next exam, but only make an 80, which is 30 points higher than your last one, use it to do better the next time. You probably learned a better way to study.

When your goal is to lose 50 pounds in the next six months, and you only lose 30, that’s amazing! Now you’re 30 pounds lighter and so much closer to your goal.

When you want to quit that bad habit, celebrate when you go 10 days without it. That’s an accomplishment. You’ve learned you can survive without it.

When you’ve gone 16 days without sugar, and caved on a cheat day, start over! That was a really good run.

If you are able to accomplish something you’ve never done before, be proud.

Don’t overlook the small victories. They matter. Those little things are going to add up and get you where you need to be.