It's OK to grieve. 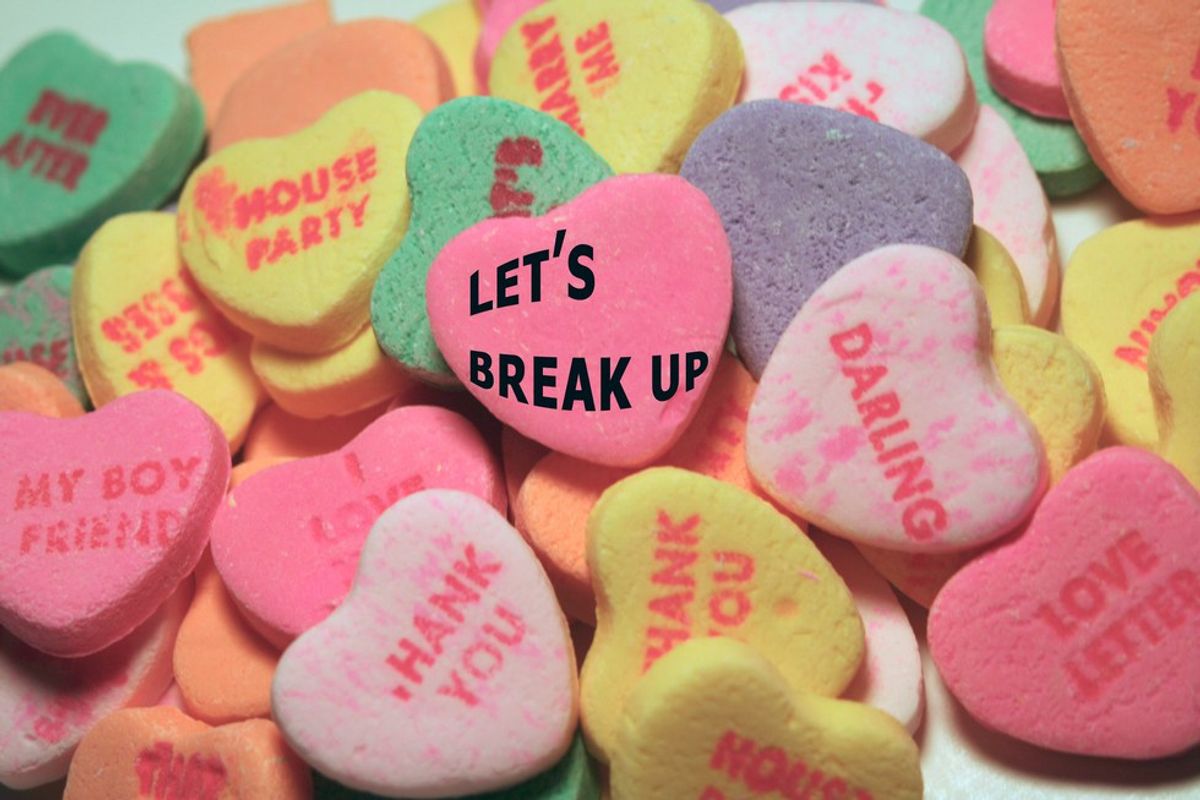 Dating in the modern world: a Mt. Everest we all must surmount, a slippery slope full of rocky heartbreaks, jagged pitfalls and piles upon piles of coal and Tinder matches to sift through to find that one pearl. The discussion about modern dating and its many faults is quite prolific, and everyone seems to agree that whether you like it or not, playing the game is a tune to which we all must dance. We must never be the one to text first; after a successful date, we must allow a few days' grace period with little to no contact before scheduling another, in order to avoid appearing too eager; if the other person drops off the face of the Earth, we must make absolutely sure they know it didn't bother us in the slightest.

But what effect does this romantic zeitgeist, this game we all must play, this mandated chill that everyone must possess, have on breaking up in the modern world?

I've seen countless numbers of my friends struggling through breakups, and I've noticed one consistent factor in every situation, every single time: 90 percent of their struggle is the struggle to care less about the breakup than the other person.

It's like this whole phenomenon of finding your chill, this persistent idea that making your feelings apparent to someone you're interested in will actually drive them away, has made its way even into the very outskirts of a relationship. Even if it's someone you've been with for a long time, even if the relationship was as serious as serious can be, you're expected to be over it and on to the next one within mere moments. There's no mourning period allowed. Someone is a huge, integral part of your life for months, maybe even years, and you're supposed to paint flowers over their absence without any time to grieve for what you've lost. And if you don't—well, then you're just too hung up on it, just forget about it.

What that results in is a whole lot of passive aggression, and a lot of people jumping into relationships they aren't ready for. You subtweet your ex, you post statuses about how happy you are knowing that they'll see it, you go out with people you don't even like just to prove how over it, you are. You're angry, you're hurt, and for whatever reason, you aren't allowed to be open about it, not even with your friends and family, for fear of being labeled clingy or obsessive.

Don't get me wrong: of course, there's a line we have to draw. There's a point where it becomes unhealthy to hold onto a relationship. But that point is not the day after the relationship ends.

All I really want to say is that it's OK to have feelings. It's OK to be sad when you lose someone, it's OK to be hurt if they hurt you and it's OK to grieve. That's the only way you can really move on.