The Meaning Of Life Is Not As Complicated As You Think

The Meaning Of Life Is Not As Complicated As You Think

The most important question that no one has the answer to. 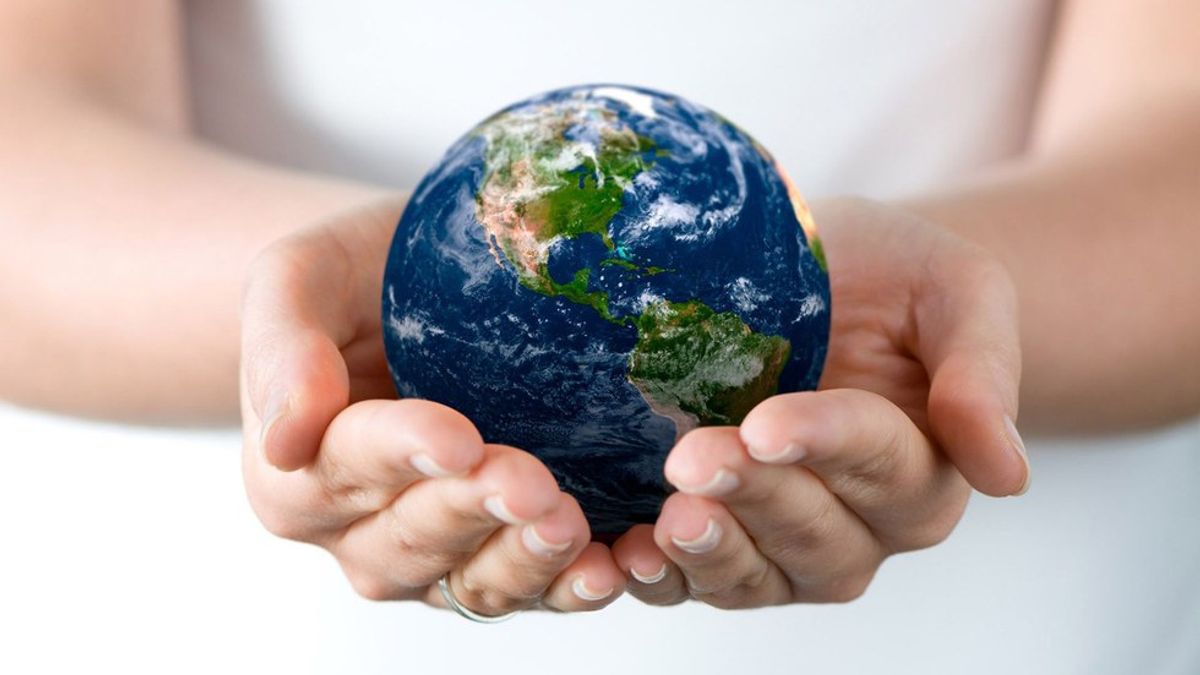 I'm sure that you, as we all have, wonder occasionally what your purpose in the world is. Why were we as humans put on this earth? Was it to invent new things, to save the environment, defend your country? Was I meant to be a genius? Were you meant to run your own company? Were we all supposed to become heroes in our own right? Do you need to be remembered for generations in order for your life to have value?

It's an impossible question that most people believe is impossible to resolve. But people spend their entire lives searching for meaning. What is the point of all of this? Does it matter what we do from the time we're born to the time we die?

It doesn't really matter if you believe in a God, gods, if you don't believe in anything but science or none of the above. We all want to believe we are here for a reason, be it a religious, spiritual or biological one. Maybe God put you here to do His work, spread His word. Maybe science put you here to help the human race. Maybe it's a little bit of both. But someone, something, made us walk this earth for a purpose. A reason. Life has meaning, doesn't it?

But far too many people think that you have to make some grand statement with your life, you must be remembered. What does it matter if you're remembered for hundreds of years after your death? You aren't around to bask in that glory. You can't appreciate the fruits of your life's labors once you're dead and gone.

Why is everyone so obsessed with being remembered?

Why isn't it enough to be remembered by the people who loved you? Why is winning the affection and respect of a few important people not enough?

As I've mentioned in previous articles, I suffer from Bipolar II disorder. While people who have Bipolar I experience manic and depressive episodes, I have hypo-manic and depressive episodes. What this means is that my manic (extremely happy) episodes are less intense and my depressive (extremely sad) episodes are much more intense. I spent the majority of my 8th-grade year in that tremendously sad and suicidal state. I was convinced that my life had no purpose, that there was no point in me being here and suffering any longer, and that the world would be better off without me in it messing everything up.

If you think the world is worse because you're in it, you're wrong. If you don't believe me, do something about it. If you feel that you're bringing your friends and family down, work through it. If you think you have a problem, go see someone about it. Ask for help when you need it. Be there for your friends when they need you. It doesn't take much to give your life meaning.

There was a quote that my 10th grade English teacher had as a poster in his room.

"To laugh often and much; To win the respect of intelligent people and the affection of children; To earn the appreciation of honest critics and endure the betrayal of false friends; To appreciate beauty, to find the best in others; to leave the world a bit better, whether by a healthy child, a garden patch, or a redeemed social condition; to know that even one life has breathed easier because you have lived. This is to have succeeded."
-Ralph Waldo Emerson

You mean something to someone. Someone in this world is better because you're in their life. Maybe it's your best friend who's helped you through every breakup since you were 13. Maybe it's your parents who always listen and try to help. Maybe it's your fat cat that crawls on your lap when he knows you're upset. Maybe it's your big brother who drives you around so you can play Pokémon Go! together. Maybe it's your little sister who makes you cookies that you pretend to like. But you matter. We all do.

Maybe our purpose is to become heroes. The heroes of our own stories. There is no one "correct" answer to the question, "What is the meaning of life?" There is no magic solution. There is no overarching theme that every life is supposed to include. Because we're all different. Each life has its own individual meaning, and isn't that the way it should be? We aren't all supposed to be the same anyway.

So if you're feeling like your life, or all human life, has no real purpose, I encourage you to give your own life meaning. That's what I did, and I'm much happier for it. It's not nearly as hard as you think it is. Little things matter much more than you'd think. A simple compliment can make someone's whole day. A thank you can make someone else feel valuable. That's all it takes. You don't have to change the world. You can make baby steps, and those alone make all the difference.

Everyone's life has meaning. If you think yours doesn't, you're wrong. If you're looking for a sign that you're not alone, this is it. We're all important. We don't have to fix every problem in the world in order for our lives to have value.

Let's face it. We all have a little bit of "save the world" in us. But that doesn't mean you have to save everyone. It's okay to just save one person, and it's okay if that person is you.