The Importance Of Sookie St. James

Representation really does make a difference. 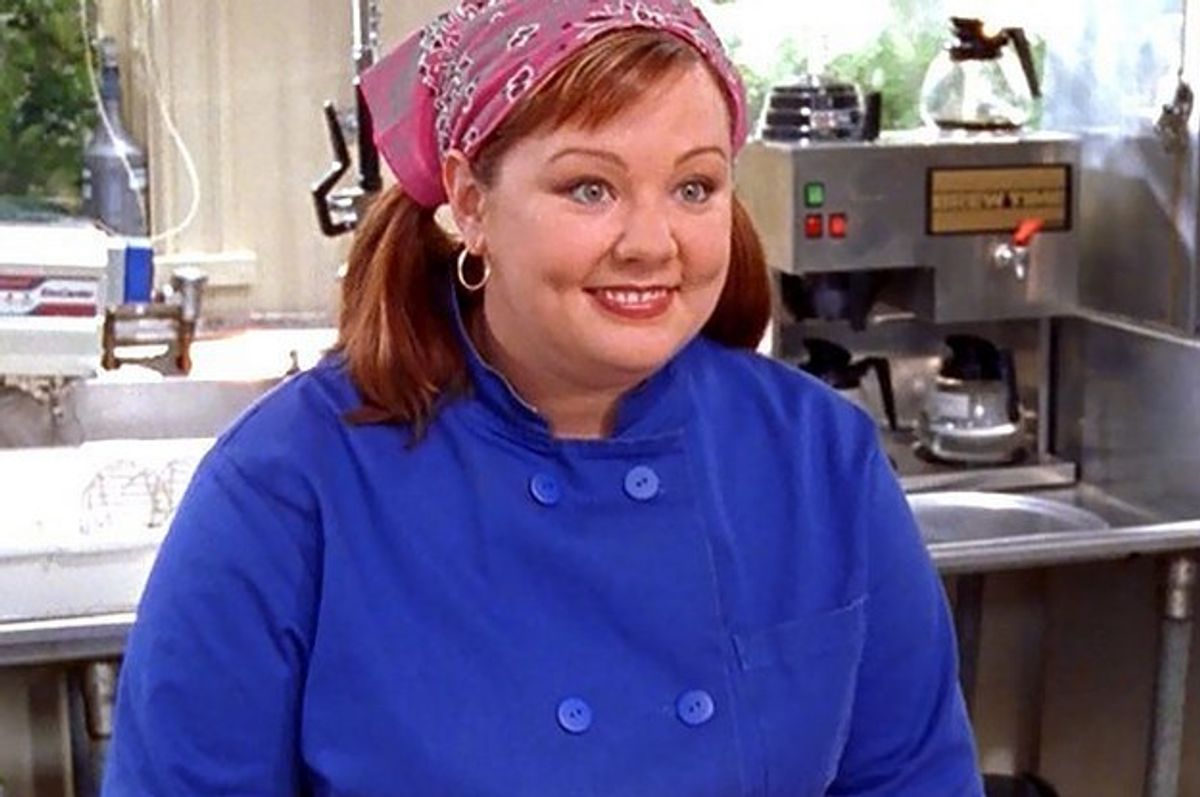 Like the hearts of so many young women this past January, mine soared when I found out that the TV show I had grown up on, Gilmore Girls, would be returning sometime in the next year. For years we followed our mismatched, goofy, and ever-so-lovable Stars Hollow family from beginning to end, and now they're coming back.

But my soaring heart took a pretty substantial hit a few months ago when it was announced that Melissa McCarthy, who played Lorelei’s best friend, Sookie St. James, would not be returning. She hadn’t even been asked. I didn’t understand, how could the revival which was clearly going to such great lengths to bring back even the most minor characters, leave out the one closest to my heart? But a few weeks ago it was finally announced that, miracle upon miracles, Sookie is returning after all. And for those of you who don’t understand my elation, let me explain.

I don’t think there is a kid in this world who doesn’t build some semblance of what they see in their own futures based on the lives of their favorite TV and movie characters.

Like every girl I watched Rory get caught up in love triangle after love triangle, constantly chased after by beautiful boys, and hoped that a similar story would be in my future. Same with the epic love stories of Zoey and Chase or Lizzie and Gordo. As I grew older I also watched the cunning and intelligent Buffy the Vampire Slayer or Raven and Starfire from Teen Titans, I wanted to kick butt just like them.

But for all of the variety of role models I saw on TV, I never saw any that really looked like me. I've never had a small body type, for as long as I can remember I had the inkling knowledge that I looked different from my favorite TV characters. And maybe that wouldn’t have been such a big problem, if all the characters that did look like me were such jokes. There was Fat Monica from Friends. But she wasn’t a real character, just a precursor to the lovely and beautiful Thin Monica. All of the nuance, personality and love-life drama of Thin Monica didn't exist, she was a walking fat joke and nothing more. There was Fat Amy from Pitch Perfect, considered by many to be the funniest character in the wholemovie, but her jokes always made me just a little bit uncomfortable. They were all about how lazy she was and how funny it was when she tried to dance or be sexy. Even in Harry Potter, the trend continued. There was Dudley Dursley, Harry’s mean and greedy cousin. And there was Neville Longbottom, the awkward and cowardly contrast to Harry’s heroism, who, like Fat Monica, didn’t become a real character until he was a thin character. The list goes on, but you get the point. It seemed that happy endings and saving the world were preserved for the thin ones, and unless I eventually completed my quest of forever changing my body, I was doomed to forever be a background character and cheap joke.

But then there was Sookie. Funny, klutzy, caring, Sookie. She was unapologetically fat, and yet her size was never brought up or made into a joke. Like every character on the show, she was both flawed and hilarious, but as a human, not an archetype. The jokes were about her clumsiness and her greatest flaw was that she was scatterbrained. Never was a fat joke made, not even a hidden one about her being lazy or hating exercise. And it wasn’t for lack of material, she was a chef! She was constantly in the kitchen obsessing over perfecting the recipes for new and exotic foods. There was plenty of opportunity for cheap and easy laughs. But it never happened, not even once.

Over the course of eight seasons Sookie fell in love, started a business, got married, and had children, all while being a caring and supportive best friend to Lorelei. Often even acting as the sane counterweight to the main characters’ crazed antics. In Sookie my young self saw a future that didn’t involve being pathetic, lonely, and comically annoying. I saw potential for myself to be happy and secure and respected and loved.

And then imagine my joy when I saw that, even after Gilmore Girls ended, Melissa McCarthy's campaign for representation continued. In the past several years, Melissa McCarthy has become arguably the most famous of the Gilmore Girls alumni. She's starred in her own award winning TV show Mike and Molly and a whole stream of films, most recently Spy, the entire message of which was to not let anyone underestimate or ridicule you, and to definitely not let such opinions effect your confidence. She’s shot back against countless fat-shamers and has gone on to design her own body-positive clothing line, citing the lack of options for non-thin women as her primary inspiration.

And after all of this success and fanfare, she’s coming back to where it all started, Gilmore Girls. And while I’ll be as thrilled as anyone to see the return of Lorelei and Rory and Luke and Emily, lets not forget the importance of Sookie.