By the end, no one is innocent. 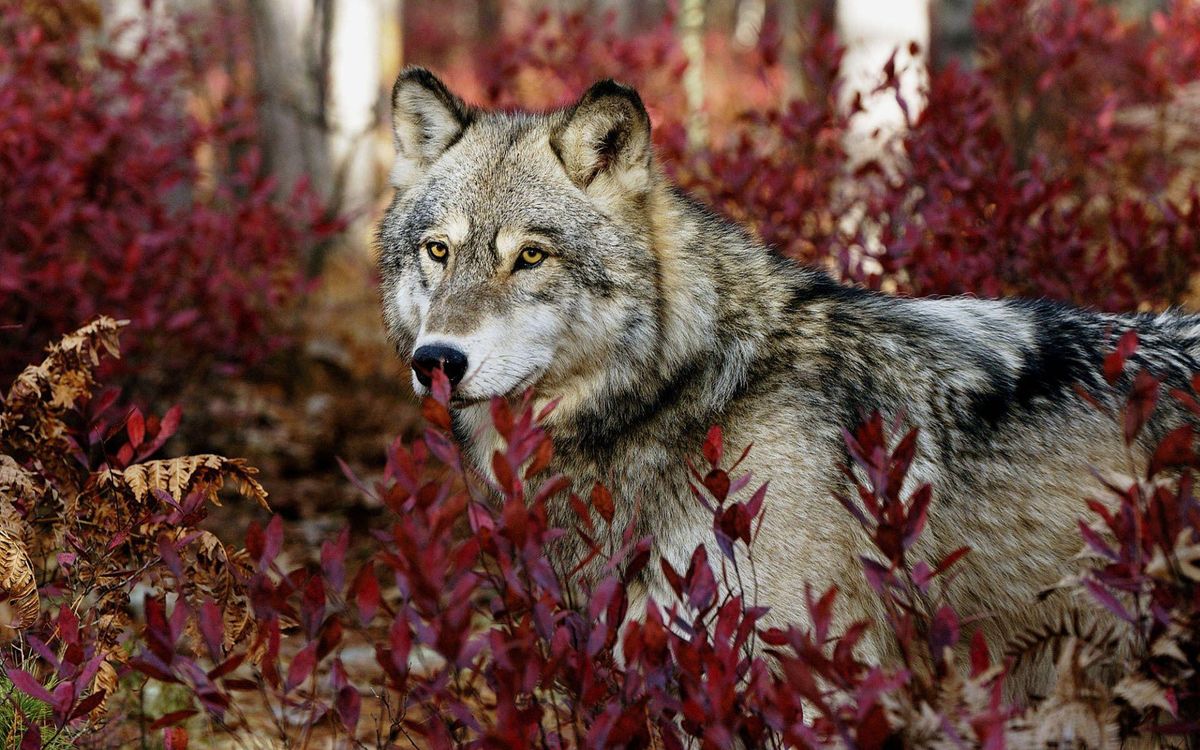 I would have run until my feet bled,

And then perhaps a little bit more.

The forest was a terrible and cruel place,

Never quite the shadows fading.

The crows circled in choirs up on high,

Their dark beaks snapping at the air.

The Silver Wolf is safe nowhere.

I strayed from the trodden trails,

And retreated into the charcoal night.

The Huntsman, clumsy and ill-suited,

From the Wolf that evaded his sight.

I overslept and dreamt over the morning sun,

While the forest recoiled around me.

I woke to the sound of fleeing mice, and twice,

I felt again, fragile and distant,

A pain, once dormant, now free.

The Huntsman hadn’t slept at all,

And trampled beneath the mocking stars.

I cried out for the Wolf he pursued,

Ruthless target of his quivering blade,

And so, I slipped out from behind my prison bars.

I would have run, run until my feet bled,

And then perhaps a little bit more.

Soon, I reached the end of the shade.

The forest behind me, I stood on a cliff,

High, high above the churning sea that roared.

I waited longer, much longer than Death,

The Wolf had nowhere left to hide,

And secretly, she desired to be caught.

As he crept up behind me,

Yet with a look, he chased away my every thought.

What are you doing here, balanced on this Cliff?

Haven’t you heard there’s a Huntsman about?

I was running, you see—

Aye, that's clear to me,

And this is your hideout?

He felt so anchored beneath my gaze,

Beautiful and frightening though he was.

I felt that familiar and peculiar pain.

The Huntsman was coming,

And I suppose that was the cause.

I would have run, run until my feet bled,

And then perhaps a little bit more,

To reach him, my twisting, brittle half.

The branch to support, never to leave me,

Quick, he will find us! We will taste his knife!

His fearless eyes pulled me under like a wave.

His words dripped with honey,

But his smile wilted once,

And I knew it was he whom I needed to save.

Did I tell him why I was running?

Still, he promised he would protect me.

He held me close, so close as we fell,

Into the warm, blanketed casket of the sea.

The wind carrying a laugh and a scream.

For a moment, gravity pulled me up,

As I sailed down,

And O how the Shepherd’s eye did gleam.

The Huntsman, belated, ran to the edge,

Of the loathsome and desolate tor.

With trembling fingers, he clutched his dagger,

And looked below to the shore.

Unable to recall our unforgiving descent.

As I helped him up, I saw the glint, the smile,

Of a polished silver blade,

But the moment passed without dissent.

I would have run, run, run until my feet bled,

And then still perhaps a little bit more.

The world was a terrible and cruel place.

For, the Huntsman, so proud,

My Shepherd and I, had found.

Huntsman, where is your Silver Wolf? I cried,

At last, I found where it had burrowed,

Deep in that hollowed, hallowed, hole,

And somehow, I accepted my bane.

The crows continued in their choirs above,

While ghosts looked up from below.

In the ocean’s mirror, I saw four grey paws,

A frosted muzzle, and pointed ears.

The Huntsman looked at me with despair,

Raising the dagger, he so hated.

My Shepherd looked at me with desire,

Withdrawing his sharpened dagger, too,

While I trembled, devastated.

Love was peculiar in rhythm and style,

Bound to other familiar feelings.

I had been hunted, and worse, betrayed.

Yet I knew what to do,

For I’d had enough of Man’s dealings.

I am she, the tragic Silver Wolf,

And to their surprise, my claws are knives, too.

Is this what you wanted? Here—

Take it from me!

And from matted silver, did dripping red debut.

The Huntsman and Shepherd,

Each sought a different prize.

Only one desired the priceless heart of rubies,

The other, a petty coat of silver.

But I think you could possibly surmise,

He, whom she could not recognize,

He, who had been in disguise,