The Friendship Crisis For Millennials
Odyssey

The Friendship Crisis For Millennials

Social media may exist to keep us together, but it's also driving us all apart. 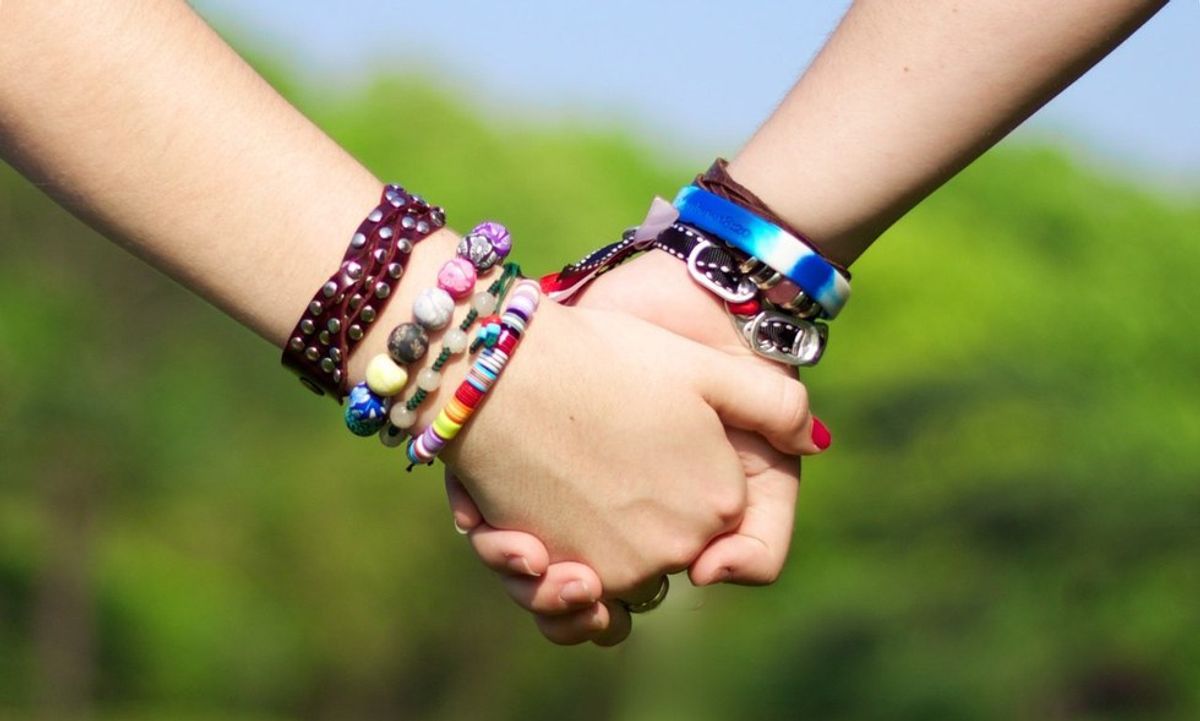 I was tired of being the first to reach out to my friends all the time, so I gave up, and retweeted a tweet that read, "I have unlimited texting but no one to text."

Sad? Yeah, but I can assure you that this is pretty normal behavior.

Unfortunately, this is just how young adults live today: inundated with unspoken rules about texting and social media use, with a fear of appearing too needy, invested or attention seeking in everyday interactions with each other, favoring convenience over authenticity.

As I write this, my best friend is texting me about problems with another friend whom I've never met, and I'm telling her about my experience being ghosted by every one of my high school friends just a couple months after graduating. As each friend of mine disappeared, I began receiving more and more likes on Instagram, garnering well over 100 likes per photo as opposed to around 75 likes, which just serves as another reminder that the number of followers and likes one gets on social media really has nothing to do with the number of friends they have or the quality of their social interactions.

I can't even begin to tell you how many times I have scrolled through Twitter to see complaints about not having friends and therefore getting rid of all the "fakes" in their lives by deleting all social media platforms. No one ever does it though. We all seem to have people to hang out and post pictures with that we don't actually consider to be friends. The average person has over 300 friends on Facebook, yet reports of loneliness have skyrocketed.

It's almost easier to "get to know" someone you've never met through their social media (where jobs, hometowns, relationship statuses and even senses of humor are easy to discern) than it is to keep plans made over texting. In other words, social media and technology makes it just as easy to cancel social plans as it is to make them.

It's easy to forget that friendship isn't hanging out with someone only because it's convenient and you have nothing better to do. It's not being around someone in the hopes that you'll be invited to their vacation home, or having a Snapchat streak with a random acquaintance. It's a strong, mutual bond that allows people to feel safe and valued enough to share things about themselves; to support and be supported.

Friendship has become such an abstract concept that a class on the literature of friendship is now being taught at Vassar College by Professor Ronald Sharp. "People are so eager to maximize the efficiency of relationships that they have lost touch with what it is to be a friend," he stated to the New York Times earlier this month.

Friend-breakups have become so prevalent that it's no wonder an Odyssey article on this topic amassed over 247,000 social media shares. I have heard of and been a part of too many broken friendships to not believe that we are going through a friendship crisis as a generation. I am sick of asking why certain friends don't speak to each other anymore. I am sick of having to explain it myself. I'm sick of the awkwardness of being in the same room as my ex-best friend; reading and writing notes that are full of pain and hurt and closure and accusations months later; of other friends taking sides; of wondering what went wrong and why things had to end so badly.

This isn't simply growing apart, although that's incredibly painful too. It's a deliberate attempt to get rid of somebody by ignoring them, plans, texts, calls; forgoing the convenience and opportunities for interaction that technology has attempted to bless us with.

Even scarier and more frustrating is the fact that shallow, unsatisfying friendships often lead to severe health issues. Just like with obesity, smoking and alcohol use, loneliness and depression and even an increased risk of death are nasty side effects of social isolation. According to a New York times article, the part of the brain known as the smart vagus nerve is responsible for allowing humans to be in supportive, intimate and reciprocal relationships, but the more one engages in inauthentic friendships, the more the smart vagus nerve loses this ability, further adding to burgeoning social anxiety, making deep connections increasingly difficult.

It's understandable why we let social media serve as a selectively permeable wall to our pain, comfort and trust issues: as Millennials, we have embraced sharing so much online that our phones and social media accounts often feel like extensions of ourselves, with several year’s worth of photos and private conversations over text. As someone who has been bullied and lost my best friend in a tragic accident at 14, forging new relationships can be scary and stiff. It is so much easier to pick up my phone and use it as a buffer when a social interaction gets quiet or awkward than it is to open up and create a new bond.

Of course, social media can also be a huge help when connecting with certain people. FaceTiming has helped me to keep up with my grandparents and faraway friends, and Snapchat lends me a chance to feel like I am more actively involved in faraway friends' everyday lives. The important thing is to be mindful how we use social media to supplement (and diminish) our friendships.

We are all guilty of being bad friends. How many times have we backed out of plans at the last minute just in the past few months, all because we didn't feel like going? We are all capable of being better friends, of giving more of ourselves and being there for others.

It's time to evaluate our friendships as Millennials, not only for our own mental and physical health, but for the betterment of those around us.