What I learned from hitting rock bottom in friend universe. 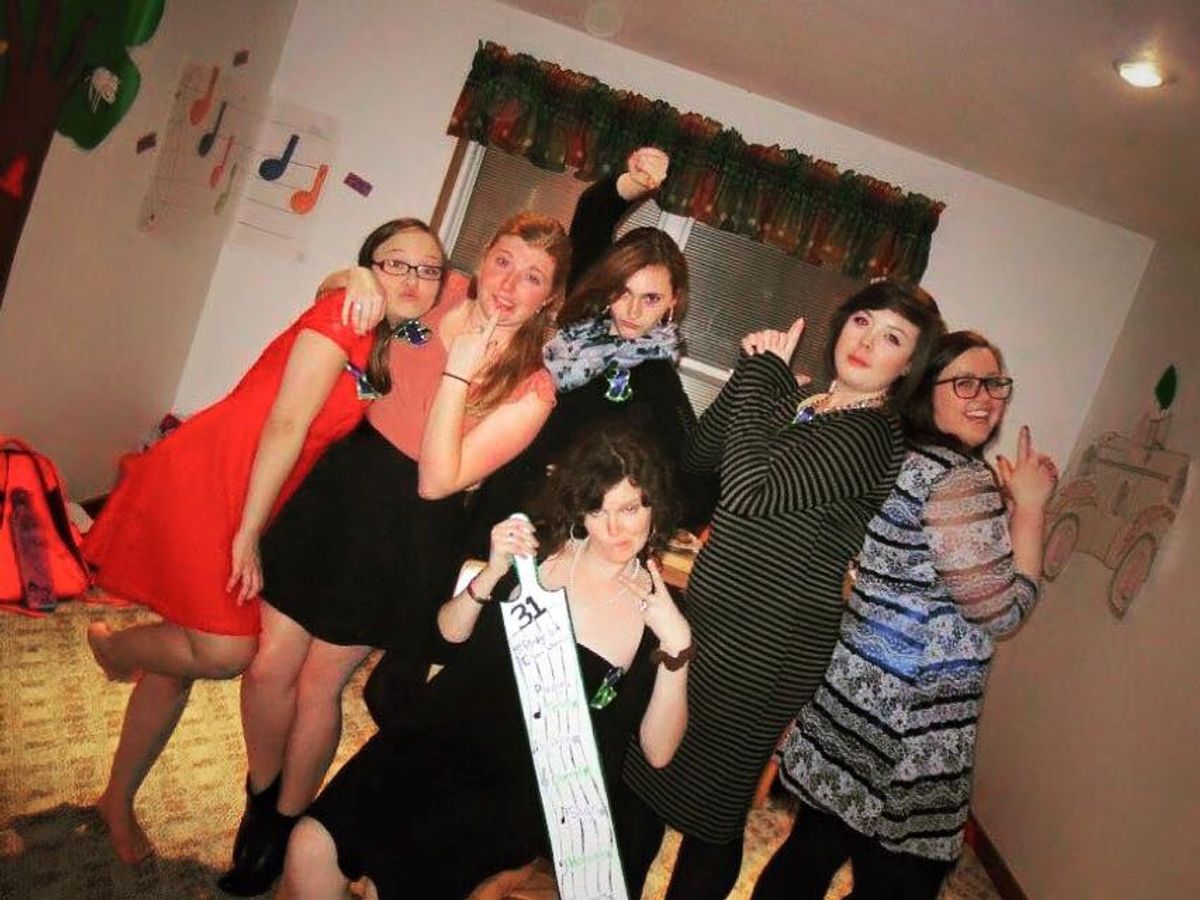 Good friends are essential to surviving school, but what if all the friends you had suddenly disappeared?

Losing friends can start at any age. For me, it started in middle school.

I had two really close friends: Hattie and Hannah. They were twins and we would be with each other almost every day. When I visited New York City, I even brought back t-shirts for us all to wear. We wore them on the same day and were styled identically in an effort to look like a uniform group. As middle school started coming to an end, another girl wanted to be our friend and I didn't think anything of it, but I should have realized four was a crowd. I began to realize Hattie, Hannah, and I were drifting apart when the fourth girl came in the picture, but my mom thought I was just jealous I didn't have the two of them to myself anymore. I had a tendency to get jealous of other people because I wasn't the center of attention, but I wasn't going to tell my mom something she already knew.

The summer before high school was okay. Hattie, Hannah, and I were still intact and I had started to like the other girl more and accepted that she was now in our group of friends. Overall, the summer before high school was pretty fun because I hadn't realized I was slowly starting to lose my friends. When high school finally arrived, things got off to a rocky start. Like most close-knit groups, we started to go our separate ways, but fought like hell to still hang out with each other. As freshmen year progressed, I found myself drifting further and further away from Hattie and Hannah. A few weeks later, I felt completely removed from my core group of friends and found myself being replaced by the girl who wanted to be our friend in middle school. I was heartbroken, angry at this girl, and didn't know where to go. I felt like I had hit rock bottom in Best Friend Universe because Hattie and Hannah weren't my best friends anymore.

High school came and went. I hadn't spoken to Hattie or Hannah for more than a few minutes for four years. I kept telling myself college would be an opportunity for a fresh start.

And a fresh start it was.

On move-in day, I met my freshman year roommate for the first time and befriended some awesome girls on my floor, so things were going better than I could have imagined. I quickly became friends with Paige, Kayla, and Rachael -- I really liked them, and we had a lot of similar interests. As freshmen year continued, I found myself becoming friends with Jessup, Irene, and many other people, but I still thought about Hattie and Hannah often.

The summer before my sophomore year of college, Paige and Kayla decided to transfer schools so there I was again with friends leaving, and I couldn't do anything to make them stay.

My sophomore year of college was probably one of the best years of my life. I joined a sorority, moved to a new house on campus, got a new roommate who I adored, and made so many new friends. After joining the sorority, I didn't really think about Hattie or Hannah anymore, because I had new friends who were happy to have me and accepted me for who I was. I didn't have to put up a wall around them. I went from being heartbroken about losing my two closest friends to finding so many new best friends. I thought life wouldn't get any better after drifting away from Hattie and Hannah, but it did. I was scared I wouldn't find anybody else who would accept me for me, but after a few years of searching, I finally found where I belong.

Although I have found a community of girls who like and accept me for who I am I still wonder what went wrong in my friendship with Hattie and Hannah. As I have grown older I have started to think about that situation more and more, but not out of anger or jealously like I once had, but out curiosity. It is mind-boggling to me how some friendships can last forever and others fall apart at the seam. I wonder what went wrong, or if I could have changed the outcome, but the truth of the matter is I see why my friendship failed: I was changing and they weren't. I had unconsciously decided to spread my wings and change my circle. It wasn't the other girls fault that my friendship with Hattie and Hannah crumbled faster than it should have, it was my fault. I was changing for the better and thought it was someone else's actions that resulted in me losing my two best friends when I was changing my circle. When I think about it it's funny how often circles of friends change and while I have found my new core group of friends I hope Hattie and Hannah have found a new core group of friends too.