The End Of Relationships As We Know It
Odyssey

The End Of Relationships As We Know It

Are you secretly destroying all of your relationships without knowing it? 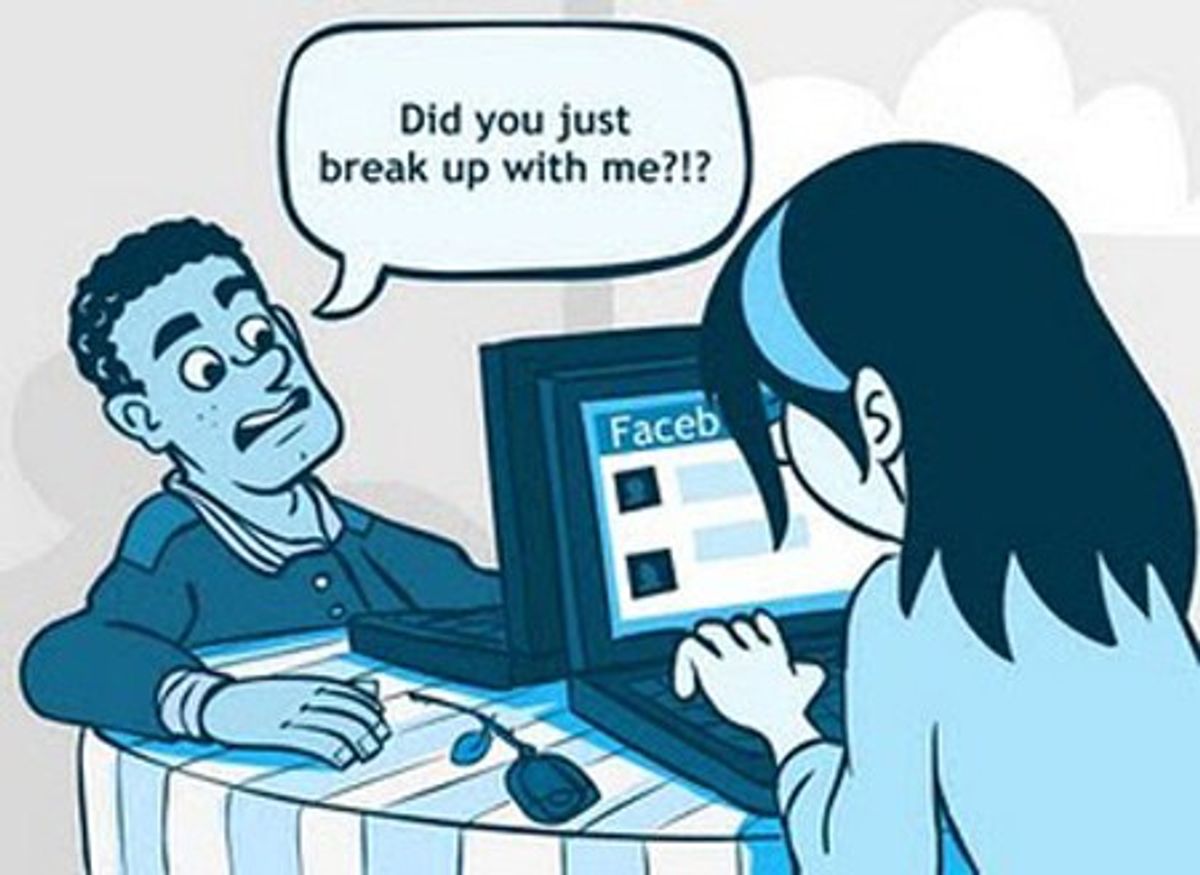 Now, I know what you are thinking here, "What is up with the title of this blog?" Well, stay with me here, so I can explain why I chose such a title and why I need to tell the world about this. If we don't discuss why relationships are dying, then it may be too late for most of you to salvage or repair what is broken.

One could say that relationships aren't nearly the same as they once were when our parents or grandparents were dating. Things seemed so simple, but yet so ignorant at the same time. Even though, being ignorant to a relationship is never a bad thing; it just shows there is room for improvement and surprises. It was almost a nostalgic period of romance because dating seemed a little more innocent when our eighty or so grandfather asked out our grandmothers. He would ask her to go steady and probably give her his class pen or jacket to make it official. It's sad to say that period of passion and love has come to an end when our generation came to the scene.

The generation we'll be talking about is the echo boomers; generation from 1982 - 1994. This is the generation I was born into, 1994, and this is also the same generation that was never taught how to truly love another person. We were born into the era of technology and communication, but yet we can't seem to communicate with our loved ones on a personal level. Well, unless it's through a silly text message with a heart eye emoticon and all types of abbreviated words. It's ironic because I am also at fault for this, but not as bad as some. This also speaks for the 21st century kids just as much as it speaks for my generation too.

A generation born to connect with everyone and anything through the internet, but yet we can't seem to connect with another human being heart to heart. As a whole, we were taught the uses of technology, but at the cost of losing our touch with human interaction. We spend so much time looking down at our phones and walking forward, that we walk past potential soul mates. Instead of going out and having a good time with other people; we would rather snap a selfie of the utter loneliness most of us endure at any given time.

There are probably objections and there are most likely people out there that don't fit this category, but this isn't about you. The mass majority of teens and adults from these two generations fit into this dark little box and don't ever plan on leaving. As long as the likes go up and the friend requests come spilling in; who cares about the life shattering truth and the crippling reality of what being alone truly is? Even if most of us could find a relationship or a woman/man, it mostly ends in breakups and heartache. A relationship in 2015 was a crumpled up napkin that can no longer help you clean up the emptiness in your heart. In 2016 it almost seems like a myth or something that was made up by our forefathers, something that made you think there was a light at the end of the tunnel.

This mechanical way of loving another person was solely created from our generation and has gotten worse over the years. We cheat, abuse, belittle, and take nothing seriously unless it involves our own motives and feelings. It's like we are in this internal race to an imaginary finish line, but for some reason we can't seem to cross the line. I should know: all of my relationships have gone from lying to outright cheating. As toxic as all this may seem, there is a solution to this madness we call technology.

If you find someone precious and invaluable, hold them tight. Don't ever let that person think for a second that you don't care, because in that second someone else can take your role. Have open talks about everything and anything, let them know how you feel about them while also speaking of how you view life. Most people probably think talking is enough to keep someone in your life, right? That's foolish to believe and don't think that words, and words alone, will keep someone with you. You could have the gift of gab and still be left behind for another person that puts words to action.

Tell them you love them unconditionally and let them know that it's truly from your heart. If it's genuine then it would mean the world to them, especially for the people who have never had that type of love before. Also, don't lie to them, even when you are trying to protect them from harm. Because this could eventually come back to hurt you later on and they will wonder if they can trust you with anything else. Honesty is always key, if they don't believe that philosophy, then you might be with the wrong person.

This is the hard part of this entire crazy rant. "PUT YOUR PHONE DOWN", is something I want to tell everyone reading this. It's not rocket science people. If you want someone to stay and you want them to love you unconditionally; then you must sacrifice your phone sometimes. I don't believe this to be hard or even painstaking for that matter. What's a few moments of your time away from your phone going to do? It definitely won't kill you and it won't make your relationship with the people you cherish any worse.

At the end of the day; you decide how to live your life, but technology decides how alone you truly want to be.