The Emotional Toll Of Police Brutality

Police brutality poses a serious physical threat to the black community but it also has a significant effect emotionally. 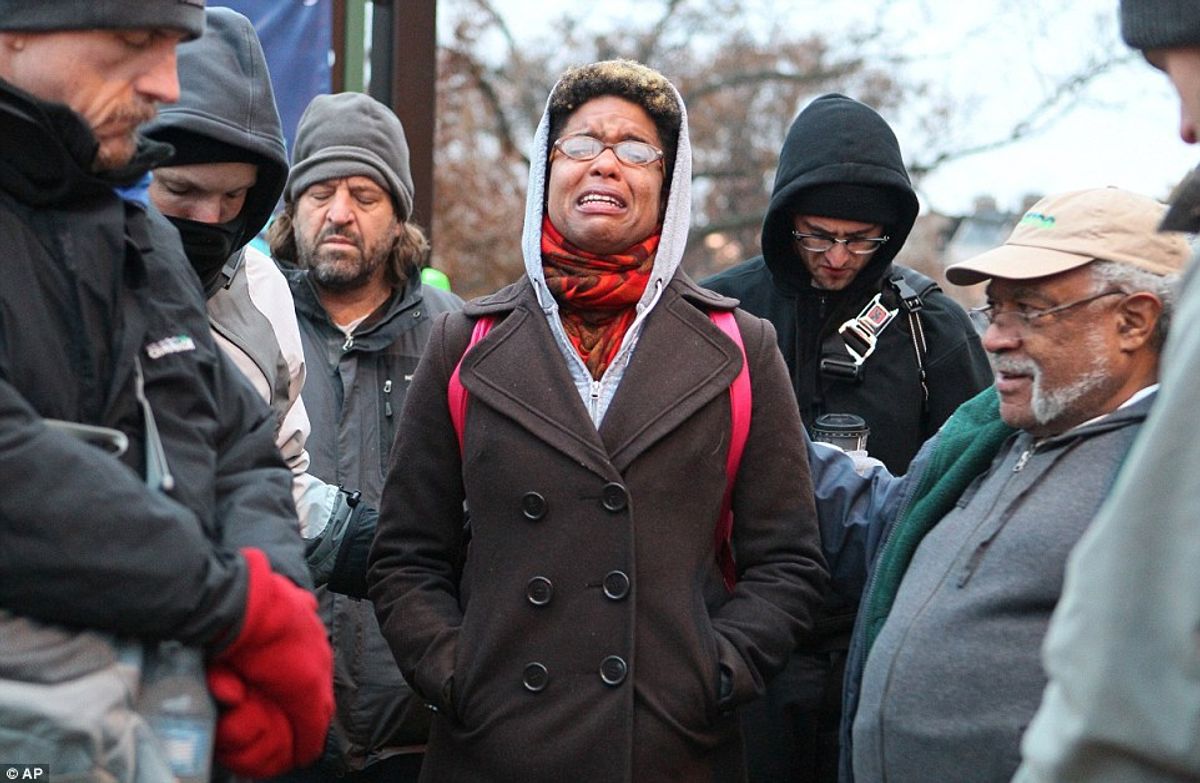 With each day that passes, another black man, woman, or child loses their life to police brutality or some crazed vigilante. At the time of my writing this article, there have been 169 Black Americans killed by police this year, though I’m sure that number will have grown by the time you find this article and continue to do so after you’ve moved on to another. I could go through the statistics of how, even though black people make up less of the total population than white people, the percentage of black people killed by police is higher than that of white people.. I could discuss the deep and complicated history of racism in police forces in this country that has led us to this moment. Instead I’ll take you down a different path, a path people often forget: the emotional toll police brutality has on the Black community.

As I scroll through Facebook, Instagram, or Twitter, I will come across too many videos of negative and sometimes fatal interactions black people have had with the police in this country. We have kept up this “stay strong” attitude in the black community for so long, that this world can sometimes forget that we too are people. We are strong but we are also human. We have emotions and they run deep. Seeing people who look like us being murdered in the streets by those meant to protect us with little or no consequence creates a fear, sadness, and anger that I’m not sure words could ever fully capture.

Partly because of the hatred and racial separation in America that still exists in one fashion or another, the black community is a special one. Our struggles have allowed us to cultivate a deep understanding with one another regardless of how well we do or don’t know each other. From our parents and grandparents referring to their friends and even strangers as “brother” and “sister” to our generation calling each other “fam,” it’s clear that our bloodlines aren’t the only thing that make us feel like one big family. It seems all of our parents learned from the same handbook and we’re all in on the same shared experience. We have all endured a struggle similar to those who look like us and that makes it easier to relate to each other. We’re fighting the same fight in one way or another.

So, when I see a young boy like Tamir Rice being gunned down in less than two seconds by police. I don't just see Tamir Rice, I also see my brother. I see my brother in him because that could've been him. Simply playing in the wrong place at the wrong time. But black children don't get the benefit of the doubt. They don't get to maintain their innocence because from even early on, they're treated like the enemy. The unnecessary and deliberate death of a child alone is enough to break your heart but when it also creates a fear for those you love, that sadness runs a little deeper.

When I see a man shot and killed while doing everything correctly like Philando Castile, I see my older family members, my friends. To be pulled over for something as trivial as a cracked taillight and have that interaction become the untimely and unnecessary end your life is unfathamable. Yet it happened and situations just as unbelievable continue to happen to people across this country. That could've been happened to any number of people I know. And I live in that fear daily. The fear that even in doing everything correctly, I or someone I care for could just as easily be taken from this world.

We exist in this country feeling as if the color our skin is threat enough for our lives to be taken at a moment's notice. Day in and day out we see black bodies left on the streets, killed at the hands of someone whose job is to help. While we are left to mourn, they're on paid vacations. It creates a fear, anger, sadness and hopelessness that, at times, makes us break down. And that's okay. We too are only human. However, as our ancestors have done before us and many will do after us, we will use those emotions to light the fire inside necessary to fight for the change we believe in and deserve.