The Difference Between An Immigrant, A Refugee, And A Terrorist
Odyssey

The Difference Between An Immigrant, A Refugee, And A Terrorist 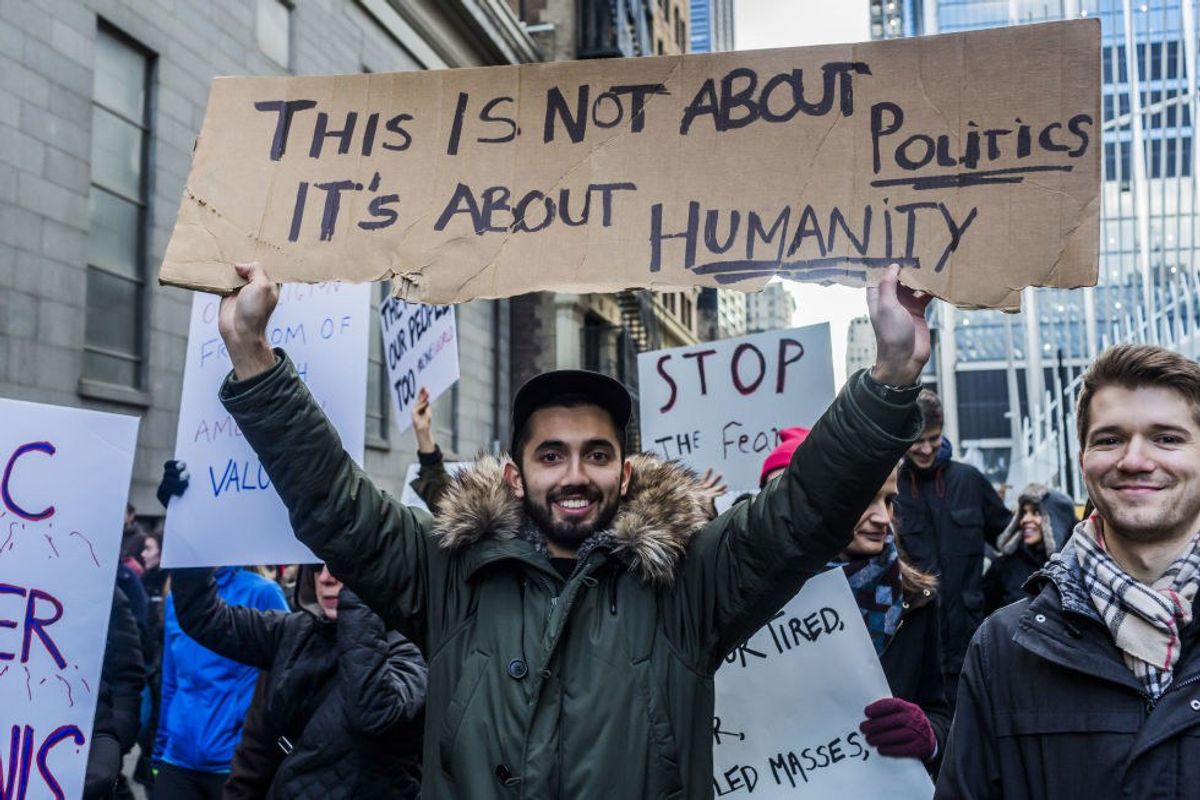 Honestly, I can't believe I even have to write this article. But after the whole Trump-banning-travel-from-predominantly-Muslim-nations, and a lot of heated discussions with my Dad (an avid Trump supporter, just so you know), I've discovered that a lot of people really don't understand the difference. Which makes me sad. And kind of angry. So here we go.

Immigrants. We're all immigrants in America, unless you're Native American, and since the majority of people currently residing in this country aren't Native American, I'm going to make an assumption that you're an immigrant, or you come from immigrants. America is a hodgepodge of nationalities and cultures, which is what makes it such an incredible nation.

Immigrants are not ruining our country. Immigrants are coming here because they want a better life for their families, and for themselves. Why do they pick here? Because this is supposed to be the land of opportunity. The so-called "American Dream" is constantly idealized, even though it seems we've fallen so far from that picturesque dream. Regardless, we live relatively charmed lives in America (focus on the word "relatively" - I'm very aware that not everyone has an easy life, even in America). Immigrants just want what we all want - a good life for themselves, and an even better life for their kids.

Next - refugees. Refugees are people who have to flee their homes because their countries are being torn apart by war. As Americans, we probably have a hard time understanding that, because war doesn't tend to come to our country (we usually end up sending our military to the war instead). We have no idea what it's like to live in a nation where our children fall asleep to the sound of bombs or machine gun fire. We can't understand it, and therefore I think we have a hard time empathizing with people who have gone through it.

This is why not allowing refugees into our nation is painful for me to hear. We, for some crazy reason, think refugees might be terrorists in disguise, even though that hasn't actually happened before. And the vetting process for refugees is intense already! So really, the odds of a terrorist wiggling through the vetting process is basically impossible.

What else kills me is that we've done this before - refusing refugees. It was during the Holocaust. Most people don't know this man's name, but Nicholas Winton was a man who saved 669 children during the Holocaust by bribing their way into surrounding European countries. Winton wanted to send children to the United States, but we shut our borders. And we might be ignorant about refugees and immigrants in this country, but I know that we all learned about the Holocaust - we know what happened to those children who never got to enter our country. Hundreds - perhaps thousands - of children that should have entered our country during that time as refugees, died in concentration camps.

And here we are in 2017, with a President who is literally a reality TV star, making the same mistakes all over again.

Refugees are not immigrants. They aren't coming by choice - they have no other options. Their homes and countries are in ruin. They need help, and as a superpower in this world, I fully believe America has an obligation to help them.

Lastly, we come to terrorists. Terrorists are people who try to strike fear into people by using violence. Terrorists, although so many people don't seem to understand this concept, are not the same as Muslim immigrants. Terrorists can be of any race, nationality, gender, or religion. Terrorists are simply people who want to make other people afraid, and will go to any lengths necessary to do so.

So, for example, Alexandre Bissonnette, the man who recently shot up a mosque in Canada, is a terrorist. His anti-Muslim ideology drove him to act out violently. Six people died by his hand. More were injured. This white man killed innocent Muslim people - he's a terrorist.

Understanding, kindness, and love are the only things that will get us through this. Until we start trying to understand, and until we stop allowing ignorance to pour out of our mouths, we'll never be great. We'll just be the nation that's repeating history once again, and once again falling on the wrong side of it.