The Dangers Of Idolizing Politicians, Regardless Of Ideology

The Dangers Of Idolizing Politicians, Regardless Of Ideology

I can celebrate Donald Trump leaving office, but I will not celebrate a Biden-Harris administration. 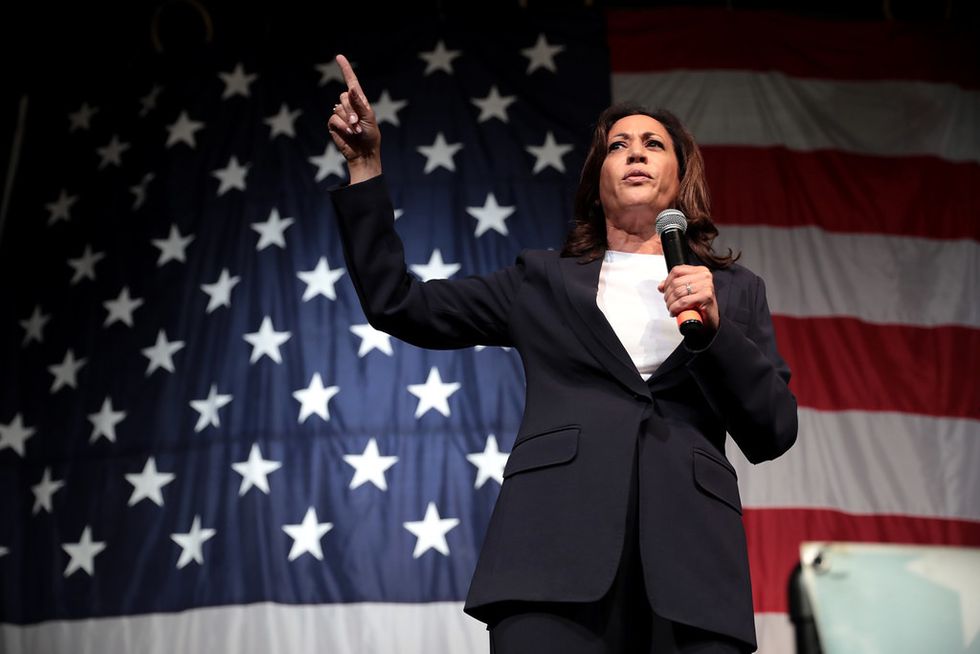 This past Saturday, major news outlets projected that Joe Biden would win the 2020 presidential election. The news sparked immediate celebration of Donald Trump's impending departure from the White House. The results of this election were also momentous to many for another reason: a Biden administration also means that Kamala Harris will be the first woman and person of color to become vice president of the United States.

I understand how monumental it is to finally see a woman of color in the office of vice president — as a woman of color myself, it's something that I've also been anticipating in the past. However, I also have to recognize that we can't just celebrate Kamala Harris because she's a woman or a person of color. Unfortunately, politics and politicians just aren't that simple. I've found it increasingly concerning to see Kamala Harris being painted as Lady Liberty, photoshopped onto the body of the goddess Durga, or pushed into the already questionable #GirlBoss category.

As much as I would love to be able to just celebrate Black and South Asian American representation in the White House, I've found this idolization of politicians, especially Kamala Harris and even Joe Biden in some cases, increasingly concerning.

Neither Joe Biden nor Kamala Harris have particularly good track records. Even if we just look at their individual impacts on communities of color, their past actions and policies aren't exactly very promising. One of the more prominent criticisms of Joe Biden is his role in authoring the 1994 Crime Bill, which helped to exacerbate the war on drugs. The bill most notably caused harm in communities of color in its funding of new prisons, its imposition of stricter punitive measures and prison sentences, and its encouragement of more drug-related arrests.

Meanwhile, Kamala Harris' career as a prosecutor and attorney general included the incarceration of Black and brown people in vulnerable communities. From marijuana-related arrests under Harris to her truancy law that disproportionately affected Black parents in low-income households, Harris' record isn't exactly one to be celebrated either.

With both Biden's and Harris' political careers in mind, it's been especially confusing for me to see the same people who were calling for the defunding of police departments — Biden, by the way, has made it clear that he does not support defunding the police — and an end to mass incarceration in the summer now celebrating a Biden-Harris administration without any skepticism about what their administration will actually do to advance the interests of BIPOC, especially the Black community.

Of course, I understand that there's a possibility that both Biden and Harris have changed their ideals or values in some way, but that doesn't mean that we should blindly idolize them either. The real danger in this type of idolization without any room for criticism is that there's a reasonable chance that people simply won't pay as much attention to the actions of a Biden-Harris administration.

When we idolize politicians like Joe Biden and Kamala Harris, we start to ignore their past actions, their past failures, and their potential to harm the same communities who supported them.

In short, I can celebrate Donald Trump leaving office, but I will not celebrate a Biden-Harris administration. As we make this transition in the presidency, we need to continue to be cautious of how we portray our political leaders. The narrative not too long ago was to "settle for Biden" — we can't just erase our criticisms of both Joe Biden and Kamala Harris, especially not after they take office. In idolizing these politicians, we risk becoming complacent, and we risk overlooking the potential negative impact of a Biden-Harris administration.