The Connection Between Literature And Optimism
Odyssey
CurrentlySwoonLifestyleHealth & WellnessStudent LifeContent InspirationEntertainmentPolitics and ActivismSportsAdulting
About usAdvertiseTermsPrivacyDMCAContact us
® 2023 ODYSSEY
Welcome back
Sign in to comment to your favorite stories, participate in your community and interact with your friends
or
LOG IN WITH FACEBOOK
No account? Create one
Start writing a post
Health and Wellness

The Connection Between Literature And Optimism

And why you shouldn't have slept during Silent Sustained Reading in 5th grade. 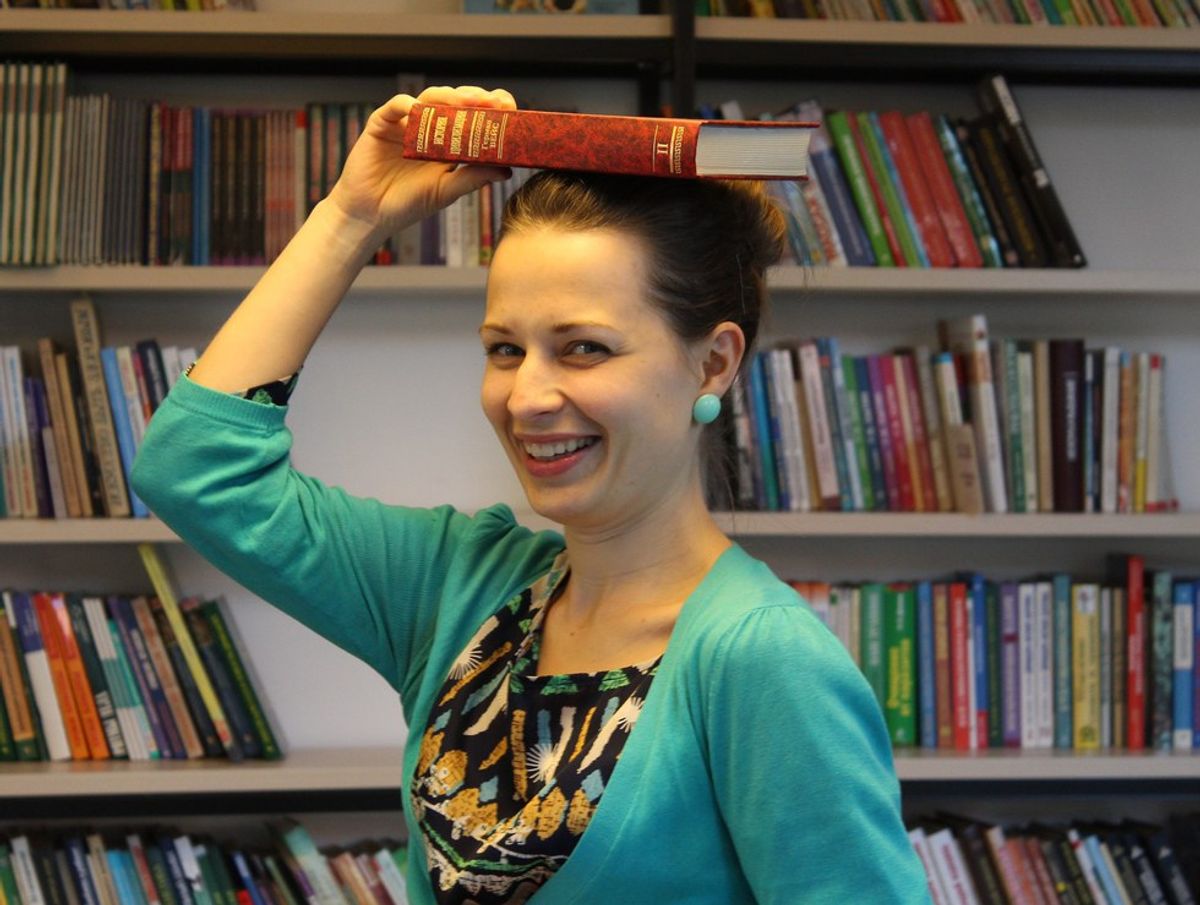 I sometimes get asked why it's important to read, not just in general, but specifically fantasy. One of my friends has told me he won't read "Lord of the Rings" because it's fantasy. On the other hand, he will likely read "Freakonomics," a book about economics, since it does pertain to his major in college. Why read "Harry Potter," a story that has dragons and magic house-elves and other things which are clearly forbidden by the laws of physics, the most-universal arbiter of what is true and is not?

Plato was unequivocal in his suspicions about literature and literature's ability to accurately portray the world around oneself. He said, of people who admired authors (whom he called "imitators") for their ability to capture the truth, "Perhaps they may have come across imitators and been deceived by them; they may not have remembered when they saw their works that these were but imitations thrice removed from the truth, and could easily be made without any knowledge of the truth, because they are appearances only and not realities?"

But I am not so sure Plato and his modern-day followers (like my friend who pejoratively designates "Lord of the Rings" as Fantasy, that contemptuous genre) were justified in their condemnation that literature was "thrice removed from the truth."

Literature, in which I include Fantasy, is not incompatible with the truth. The reason for this assertion is that I think literature taps into our innate desire as humans to dream of a better life and world.

JK Rowling, in an interview, said that the urge to write often comes from a desire to rearrange reality. I think she was on to something when she said that. I think life is constricted without bold, courageous writing that tries to venture out of the familiar. Most of us put fences up between what we are familiar with and what we think of as "impossible" or "impractical." But there is a danger in prematurely putting up those fences. It's like a sixth grader trying to take eighth-grade math before they are ready to assimilate those concepts. Don't mistake premature conclusions for vigilance. Drawing lines demarcating the possible and the impossible may be a futile exercise in drawing the lines of the map of the possible. That process is analogous to trying to understand how the map should be drawn without first exploring; to see if you haven't mixed up North America with India.

Government programs often complain about being under-funded and there may or may not be truth to that, I don't know, but more important is funding the optimism fund, which is in dire lack of funding. No one wants to invest in it. People are buying stocks in Pessimism INC and without further investment, Optimism INC will go bankrupt.

There is a demand for pessimism, and so people are eager to supply it. In the "intangible commodities" market, it is pessimism that holds the great allure. There is the greatest demand for it.

That's where Clayton Christensen's innovator's dilemma comes in. His argument explains why small companies, like Netflix, were able to upend the giants, like Blockbuster. The key is that the newbies did not know how, and could not meet the market demand. So they didn't bother with trying to supply what the market needed, because of their ineptitude. Instead, they do their own thing, and this results in "disruptive innovation," an innovation which disrupts the existing companies and makes a dent in the universe with their novel product.

It's the same with optimism. Optimism is the disruptive innovation which is seemingly inept to meet the market demands of pessimism. What people want is negativity in the news, negativity from their professors and negativity served along with their dinners. A cocktail of self-sorrow and pessimism after dinner, an intoxicating mix drowning out the inner cheer that you can't fail to be born with, but gets crowded out by the pressing demands from the real world. But literature answers this problem. Literature (and I should add, music too) nurtures your dreams and optimism and disrupts the market of intangible commodities with something so totally new that everyone is stunned. They don't know what to make of it. Because it's a light so radiant no one can look at it straight, much like the sun.

I can imagine a bunch of bookshelves in God's celestial library, where there are a ton of books with titles like "awesome ideas to try to brighten up the world" or "101 reasons to smile and make others smile." I see God reading those books, shaking his head saying, "all of these ideas were good; they were definitely feasible but it's sad that people were too busy with other stuff to pursue them." I'm betting there are tons of ideas that are infused with positivity which are feasible, but for whatever reason, no one wants to try them out. I think it's just a matter of using what you read in Fantasy and more generally works of fiction to help frame the right questions. For example, "If the sky were the limit, and the only impediment to achievement was our own imagination, or lack there of, what would you dream of?" Well... what would you dream of?