Why The Sanderson Sisters Are The Baddest Witches Of All Time

Why The Sanderson Sisters Are The Baddest Witches Of All Time

If you don't believe, you'd better get superstitious 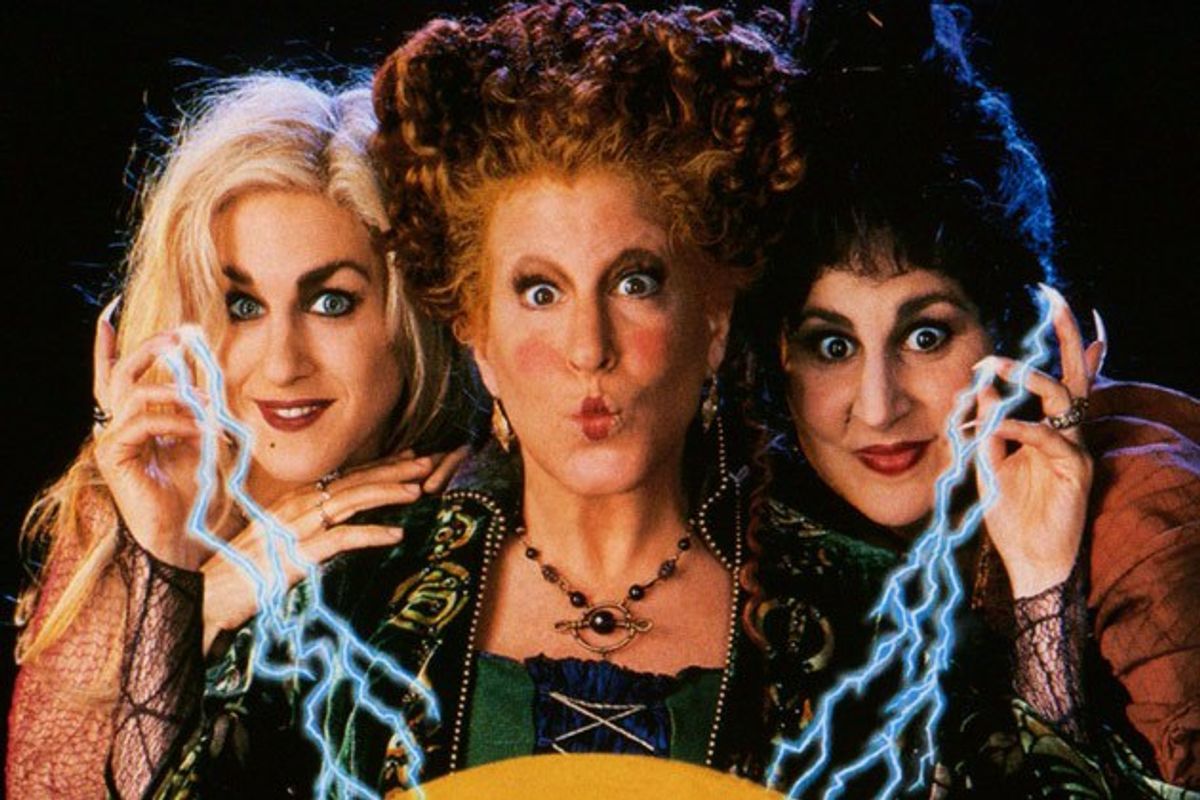 For those of you who have forgotten, Halloween is just around the corner!

And Halloween just wouldn’t be complete without the baddest witches of all time: the Sanderson Sisters.

What makes these witches so wicked, you ask?

1) They Suck the Souls Out of Children

The Sanderson Sisters - Winnifred, Sarah, and Mary - were the neighborhood witches of Salem, Massachusetts in 1693. They lived normal witch lives; they made potions, rode broom sticks… and stole the souls of young children! Sarah would lure the children in with song, then a potion involving dead man’s toe would suck the soul out of the child. Why? Eating the poor child’s soul gives them eternal life and youth!

2) They Turn Enemies into Harmless Animals

At some point way back in the day, an older brother, Binx, tried to save his sister from the witches. He failed, and and to make his day that much worse, the Sanderson sisters turned him into an immortal cat. When his father asked what the witches did to his son, the witches replied, “Well, I don’t know. Cat’s got my tongue”. Thackery Binx (played by Sean Murray) still managed to steal our hearts (even as a cat).

3) They Come Back to Life

After killing Binx’s sister, the sisters are sentenced to hang. However, before they died, Winnifred cast a curse saying that the witches will return on All Hollow’s Eve when a virgin lights the Black Flame Candle. Three hundred years later, a teenage boy lights the candle to impress a girl, and the witches return. Even though they struggle in modern day, they start terrorizing children right away.

4. The Raise Ex-Boyfriends from the Dead

To help them find children, Winnifred raises her ex-boyfriend from the dead. Winnie’s ex-boyfriend, Billy Butcherson, cheated on her with Sarah. In response, she poisoned him and sewed his mouth shut so that he couldn’t tell her secrets (even in death). Talk about cold, hard witch.

5) They’re Good Friends with the Devil

Winnifred’s beloved book is supposedly a gift from Satan himself, so when they come back to life, one of the first people they’re happy to see is a man dressed as the devil. Now, it’s not actually the devil, but the Sanderson sister’s don’t know that. Sarah even tries to seduce the man! Who knew the Lord of Darkness could also be your BFF?

6) They Come Back From the Dead…Again!

In an attempt to stop the evil witches, Binx and a group of kids lure the Sanderson sisters into a prison for children (aka high school) and trap them in the kiln. They turn the kiln on, and the witches burn into a green smoke that goes out the chimney. Everyone thinks the witches are dead and the children are safe, but even this can’t stop the sisters. The green smoke comes back into the kiln, and the witches walk out fine.

7) They Can Cast Spells Through Karaoke

Last but not least, when the kids go to their parents for help, the witches cast a spell through song. They sing, “I Put a Spell on You”, which they learned the lyrics to in maybe two seconds, then command the parents to dance until they die. The parents become dancing zombies, and the kids are left to fend for themselves. Luckily, the curse is broken before the parents actually dance to death.

They're still the baddest witches in town.

Halloween wouldn't be complete without them.