"Thanks Obama!": A Thank You Letter To The First President I Ever Voted For, President Barack Obama
Odyssey

"Thanks Obama!": A Thank You Letter To The First President I Ever Voted For, President Barack Obama

Thanks Obama, for absolutely everything. 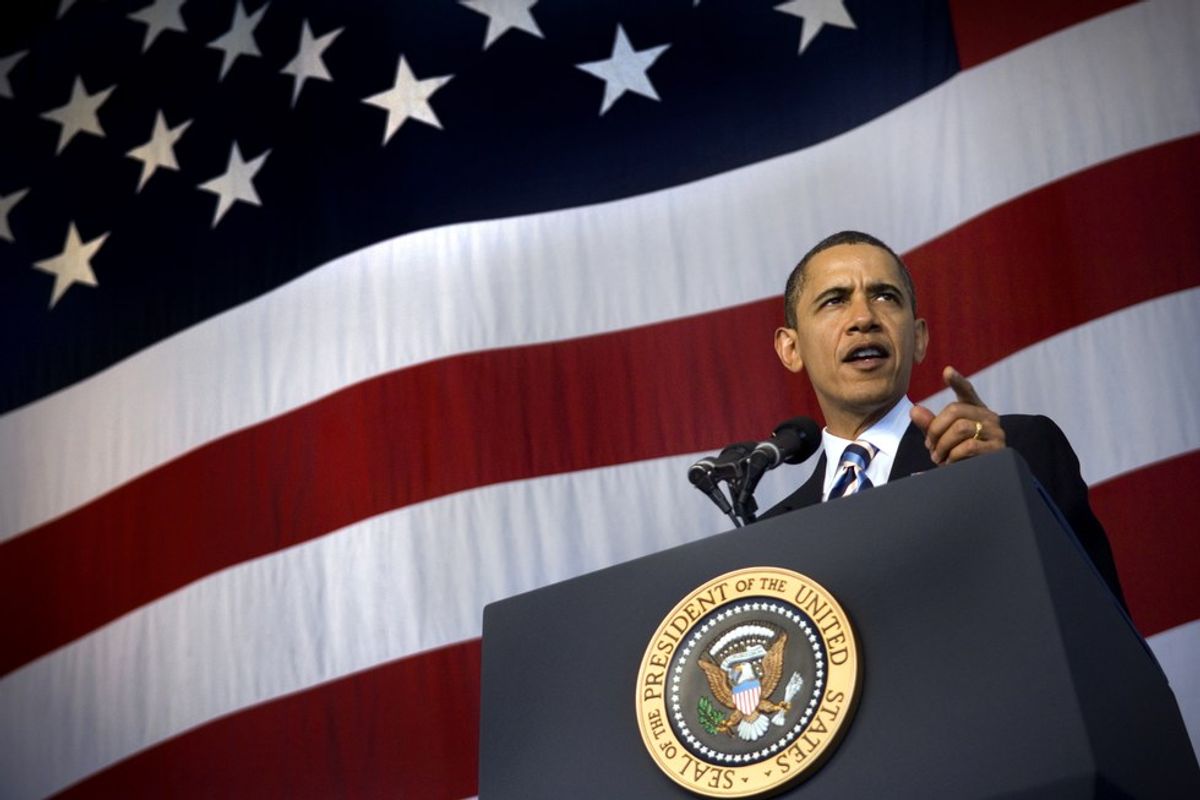 As your second and final term as President finally draws to a close, I find myself mourning the loss of the man who has shaped the face of American politics for the last eight years of my life.

You were my first President.

Not to say that former President George W. Bush before you and former President Bill Clinton before him had little to no impact in my life, as my father was a military member throughout their tenures and our family was often affected by the decisions they made. You, however, made the political process real to me. While I was not old enough to vote during the 2008 election, I remember watching your campaign with awe as you breathed new life into a war-weary and cynical world with a message of hope and change. I remember the fear in the eyes of bigots as they scoffed at the prospect of the first black President. I remember the stoicism and strength on your face as others criticized your legitimacy. But mostly, I remember cheering with my mother and sister as your name was announced on election night eight years ago. We truly believed you were going to change the world, and by many accounts you did.

When you overturned “Don’t Ask, Don’t Tell”, I beamed with pride as you fought for those who have fought for this country, making it harder to discriminate against LGBT service members. When you nominated Sonia Sotomayor to the Supreme Court, the first Latina justice to serve the highest court in the land, you gave young Latina girls like myself representation in a political landscape that often ignores or overlooks our contributions and power. You signed the Lilly Ledbetter Fair Pay Act into law so that women would have the opportunity to fight for fair pay in the workplace, an important law when women often make $0.80 to a man’s $1.00, and when women of color like myself often make even less. You fought against insurmountable odds and fierce opposition to pass the Affordable Care Act, an act that has allowed many, including my family, to afford health coverage. Under your administration, Osama Bin Laden was finally neutralized, the cause for so much grief not only throughout the world but in the military community I was raised in. While many complained after your first term that you had not kept all of your campaign promises, you still managed to change the lives of so many people in only four years.

In 2012 when I was finally old enough to vote at 20, you became the first President that I ever voted for. I became involved in a local grassroots movement in North Carolina, handing out voter registration applications on my college campus, making phone calls to undecided voters when I wasn’t in classes and covering myself with so many buttons and President Obama t-shirts that it became normal to incur the wrath of vehement Mitt Romney supporters just walking around town. On election night, I held my breath as my mother, my sister and I stayed up to watch the election results. We cried and danced when you were announced as the winner. You were my first real President.

And throughout your second term you continued to fight the good fight. Although your second term was fraught with many obstacles due to the opposition that often follows the winds of change, you waltzed through these issues beautifully, often simultaneously playing the role of Fred Astaire and Ginger Rogers in the impossible political dance set before you when Presidents that came before were only expected to be Astaire. You were criticized, disrespected, brushed off and pushed against, and still you leaned in with grace and strength. You pushed forward knowing the only way out, was through. While Congress blocked many measures you put forward, you still impacted social issues by bringing them to the forefront of the country’s consciousness. You addressed racial issues that have been allowed to fester for far too long in this country, hoping the world would find a way to cure the infection by addressing it, not ignoring it. You called yourself a feminist and refused to feed into toxic masculinity, openly shedding tears for the lives lost at Sandy Hook, showing that strength and emotions can be synonymous. You showed compassion and kindness to children who approached you, to immigrants and refugees running from war and poverty, and to those often rejected and ignored by society. You stood strongly against homophobia, transphobia, Islamophobia and misogyny. You stood with Native populations when capitalism pushed against them. You stood with the world even when the world did not stand with you. You did not let hatred against you make you cruel, but instead allowed it to make you kind. I pray history is kind to you as well.

And even though the world has turned and we find ourselves in trying times filled with uncertainty and fear, even though it seems so many forces ache to fight against the changes you fought so hard for, know that you have sparked an unyielding hope in the hearts of so many people. No matter how hard the world fights against it, you are now and forever the 44th President of these United States. You are the dream every parent has for their child, the kindness every person wishes for in a spouse, and the strength every person wishes they themselves had. You were a leader and a true President. No one will ever be able to take away what you meant to so many of us. Never doubt that you changed the world, Mr. President. You were our symbol of hope.

And most importantly, you were my President.

Thanks Obama. For absolutely everything.

We'll miss you more than you’ll ever know.