Black Girls Rock! and so do these Black female characters. 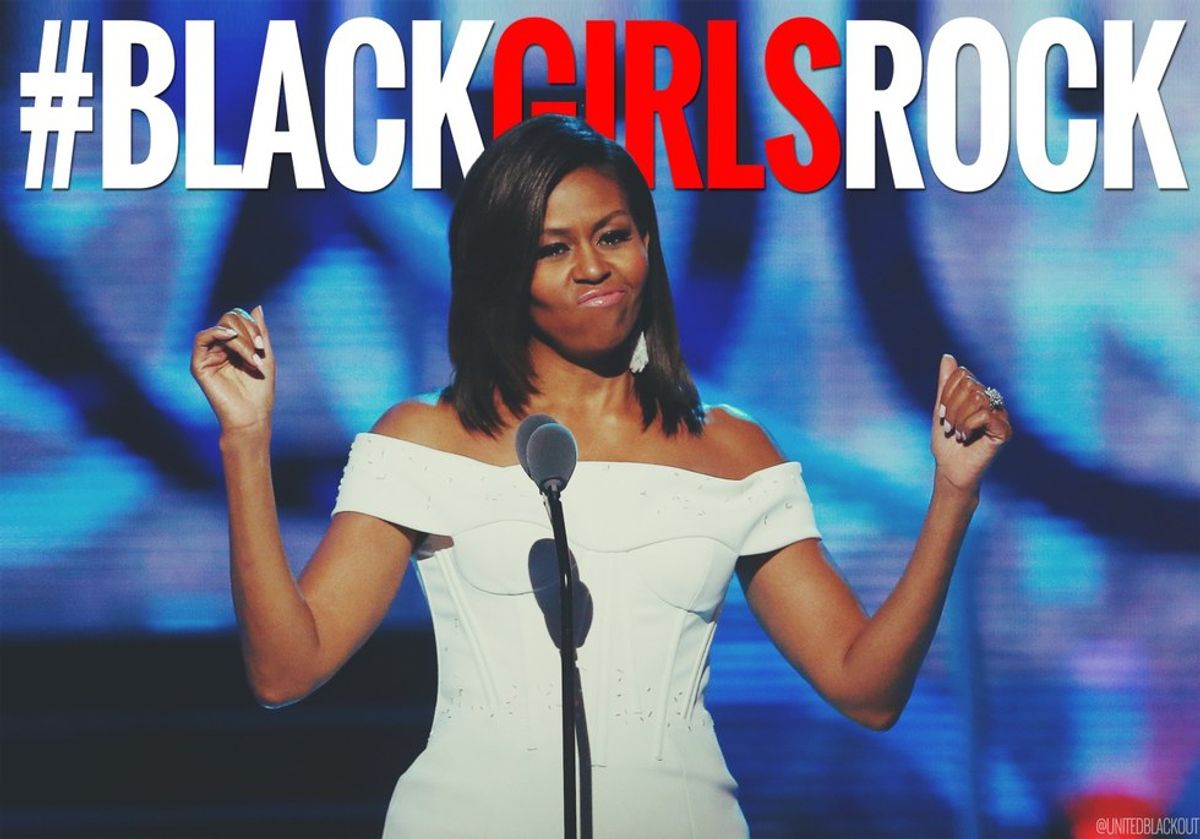 On April 4,, BET premiered the 2016 Black Girls Rock! award show. This award show celebrates some magical Black women who are beautiful, brilliant and stand in their truth.

The night honored familiar faces such as Rihanna, Amandla Stenberg, Shonda Rhimes, Gladys Knight, and many more. Award shows like these are important because often times, minorities are underrepresented in the media, and overlooked for their accomplishments. Black women, in particular, must battle institutionalized racism and sexism in order to be successful, and they are killin' it. Just a little over a month ago, the internet dragged the Oscars for the lack of representation and opportunities that are given to minorities.

In honor of Black Girls Rock! celebrating the real life badass Black girls, I thought I would celebrate some of the fictional ones that are role models to us all.

Probably one of my favorite characters ever created, and not just because we have the same name (minor perk though). Ms. Pope is a woman who knows her worth. This smart, educated, magical Black girl is one of the most influential people in the world, cleaning up scandals for some of the most high-profile cases often involving politicians and celebrities. She wields power over the White House, yet she always manages to come back to her white hat and use her powers for good.

Diane Johnson, a spunky six-year-old who refuses to stand in her twin, Jack's, shadow. She's beautiful, talented, gifted, and best of all, she's too young to know she has to put anything she has to say through a filter. She's also an excellent judge of character, seen by her extreme dislike of her dad's creepy friend, Charles. Above all Diane looks out for her brother Jack and loves him dearly.

The original, carefree black girl. We watched Ms. Banks grow up from the quirky little girl she once was into the mature, talented adult she became. Growing up in the 90's her cousin Will from Philly made Ashley's experiences a little different that Hilary's and Carlton. For most of the show, Ashley is the baby of the family and her growing up is hard on her parents. However, her book smarts combined with the street-smart she acquires makes wise beyond her years.

Now who could forget the queen of the bops, Ms. Penny Proud. Yea, she's an animated character, but Ms. Proud is beautiful, smart, sassy, kind. She's learning how to navigate the world like all of us at her age. She always does the right thing, eventually, but my favorite quality about Penny was always her resilience. It's something we could all learn from.

Oh, (spoiler alert) Chief, Miranda Bailey. That's right, chief. First off Doctor Bailey has survived 13 seasons. We all know that is an accomplishment on a Shonda Rhimes show. I love that woman, but she always kills off everyone I love, and Black characters, they are definitely supposed to die first. It's like the law of scripts. Not Bailey. She's amazing. She's talented and spunky. She's even motherly, always looking out for the other interns and residents. She's looked up to and valued so much that she is now Chief Bailey. One more time, Chief Bailey.

In my opinion one of the most heartbreaking moments in cinematic history and literature. Rue was perfect. Quick witted and fast on her feet, a character that was taken from us way too soon. I get kind of upset writing this because I fell in love with her magic and aura. It's the kind of spirit we can all carry with us.

Some may think we don't have much to learn from Miss Hilary. I mean we could start with her fashion sense and optimism. Some may think she's conceited but her confidence in herself, as well as her ability to learn, and grow made her one of my favorite characters. If you don't believe you're a 12/10, who will?

Now, this woman may have spent over a decade in prison, but don't get it twisted. She is magical. Her motherly instinct to protect her cubs, while simultaneously (spoiler alert) being a badass business woman who leaves the Empire to start her own company, the Dynasty. As we watch the flashbacks, we see a woman who always held on to hope, and knew what she was capable of.

Another loving mother figure, in fact probably one of the originals. However, Ms. Huxtable is far from the typical housewife. She was a highly recognized lawyer. Those skills definitely didn't stay in the courtroom. Who could forget when she told off Elvin for his anti-feminist ideals? Clair was the original woke Black girl we all know and love, and she fought those battles in a courtroom.

10. Annalise Keating, "How To Get Away With Murder"

The perfect ending. I got into "How To Get Away With Murder" rather late, and now, I can't even think about a life without Annalise Keating. Keating is a character who rules the world, but we really don't know everything about her. She's originally depicted as this unbreakable character, but as Rhimes reveals more and more about her, we learn about her vulnerabilities, and they're beautiful. Don't forget that, magical Black girls, your vulnerabilities are beautiful.

Emmaline B
The Narrative
22685
https://unsplash.com/photos/O0T1SIgHAfM