It's Time We Talked Truthfully About SAD
Odyssey

It's Time We Talked Truthfully About SAD

My invisible illness is not any less of an illness. 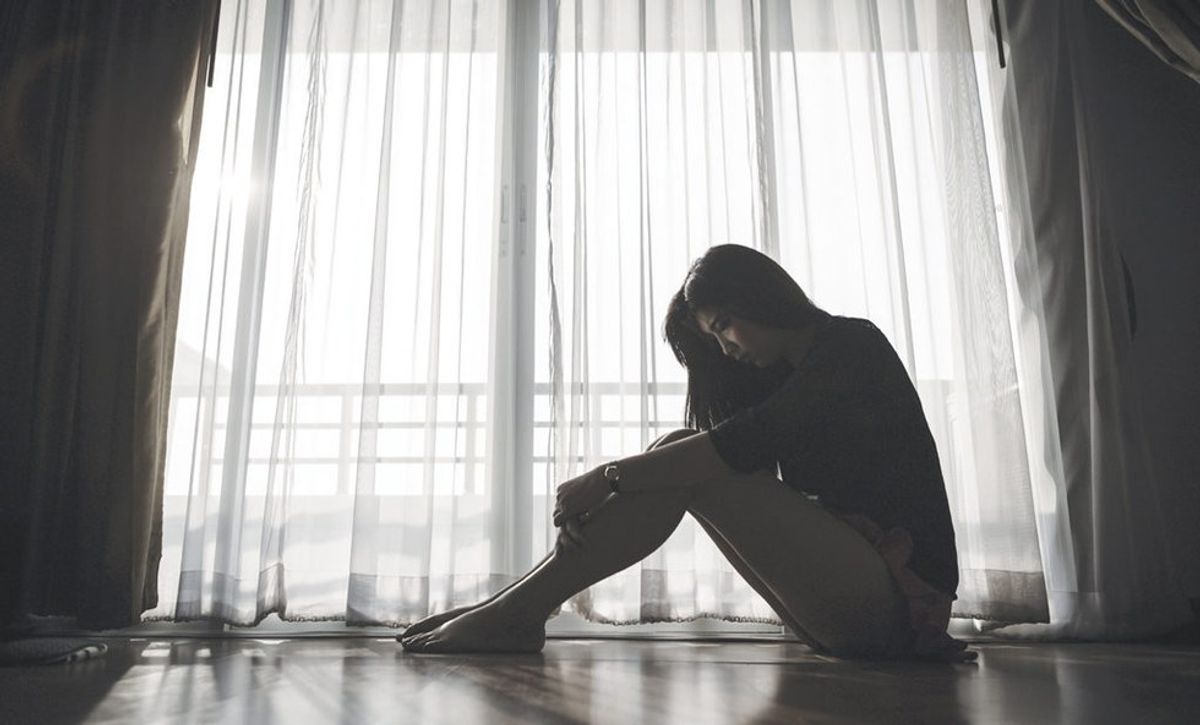 However, what you - and many others - may not know is that there is a true science to this condition and it is more than just a seasonal funk.

The National Institute of Mental Health defines seasonal affective disorder as "a type of depression that comes and goes with the seasons." What does this mean? Simply put, those with seasonal affective disorder find that around the same time each year, their mood, energy, sleep patterns, and overall quality of life begins to change for the worse. More often than not, this "low season" is the fall and winter months, where there is less vitamin D to be absorbed and people are spending more time indoors.

The key word of this definition is depression.

Seasonal affective disorder, called SAD for short (pun may or may not have been intended), is a type of depression, a subset, if you will. It comes and goes with the seasons, as the name would imply, but its inconsistent nature does not make it any less a real problem many people live with. In fact, in some cases the inconsistency may make it more difficult to live with. Imagine your work or school schedule changed every single day, but you never knew what the next day was going to look like until you woke up. How would you plan doctor's appointments, seeing friends, daily tasks that need done?

The answer is you couldn't. That is what seasonal affective disorder is like - it's going to sleep every night and not knowing what your next day is going to look like.

People with seasonal affective disorder have several biological clues as to why, though there is no known "official" cause. Serotonin, one of the key neurotransmitters involved in mood, may be lacking in the body, melatonin, the hormone that makes you feel sleepy and lethargic may be overproducing, or both. Whatever the cause, seasonal affective disorder is chemical, physical, a real illness one can be diagnosed with.

It is not laziness. Yes, when the winter season rolls around and my mood starts to plummet, so does my energy. If I haven't made my bed in a week, it isn't because I just don't want to. It's because my depression has placed a weight on my chest, so heavy that it's hard enough for me to get out of bed in the first place.

It is not sadness. When people are sad, it is usually justifiable and limited. Sadness ends - it does not persist for days, weeks, months, years, a nagging voice in your head that tells you you're not worth being happy.

It is not self-pity. If I am able to overpower the voice in my head, I don't see a victim when I look in the mirror. I see a soldier fighting an invisible war, that wages both silently and with the most thunderous of roars. My depression does not make me weak; it makes me strong.

It is not loneliness. Depression doesn't care if you are in a room full of people that you love and care about, laughing and having a good time. It will sneak up on you and grab you by the neck with its cold fingers, reminding you that it has the control of your brain and you don't.

It is not a bad day. If my car won't start and I spill my coffee and accidentally wear two different shoes, that is not depression. It's when I've gotten an A on a paper, am wearing my favorite outfit, and gotten a compliment on my hair only to look in a mirror later and hear the voice in my head say "she didn't mean that, she was mocking you."

It is not an excuse. If I am able to open up and try to explain what I am going through and why I may be grumpy and sleep excessively and never want to eat, I am not making excuses. Telling people about what I live with is the hardest thing in the world - I choke on the words as I try to speak them, worrying about my voice being obnoxious and if they'll think I'm crazy or won't believe me. Feelings like that are nothing I would ever want to pretend to have if I didn't live with them.

I don't broadcast my depression. Not that I am ashamed of it, because it's nothing to be ashamed of. I don't broadcast my depression because it is my battle to fight, and I don't want pity or empathy, or to be looked at as weak. This war in my head has forged a warrior that can't be beaten by anything, though I fight everyday to remind myself of that.

However, I share my story now because there is too big a stigma surrounding mental illnesses and too many that say "just get over it" or "you're just saying that". Seasonal affective disorder - depression - is many things, but made-up, is not one of them.

Just because you can't see my illness doesn't make it not real.

Caitlin Marie Grimes
University of South Florida
11486
Beyond The States