"Take Me to Your Lizard." The Right Not to Vote

"Take Me to Your Lizard." The Right Not to Vote

Everyone disagrees with this opinion. 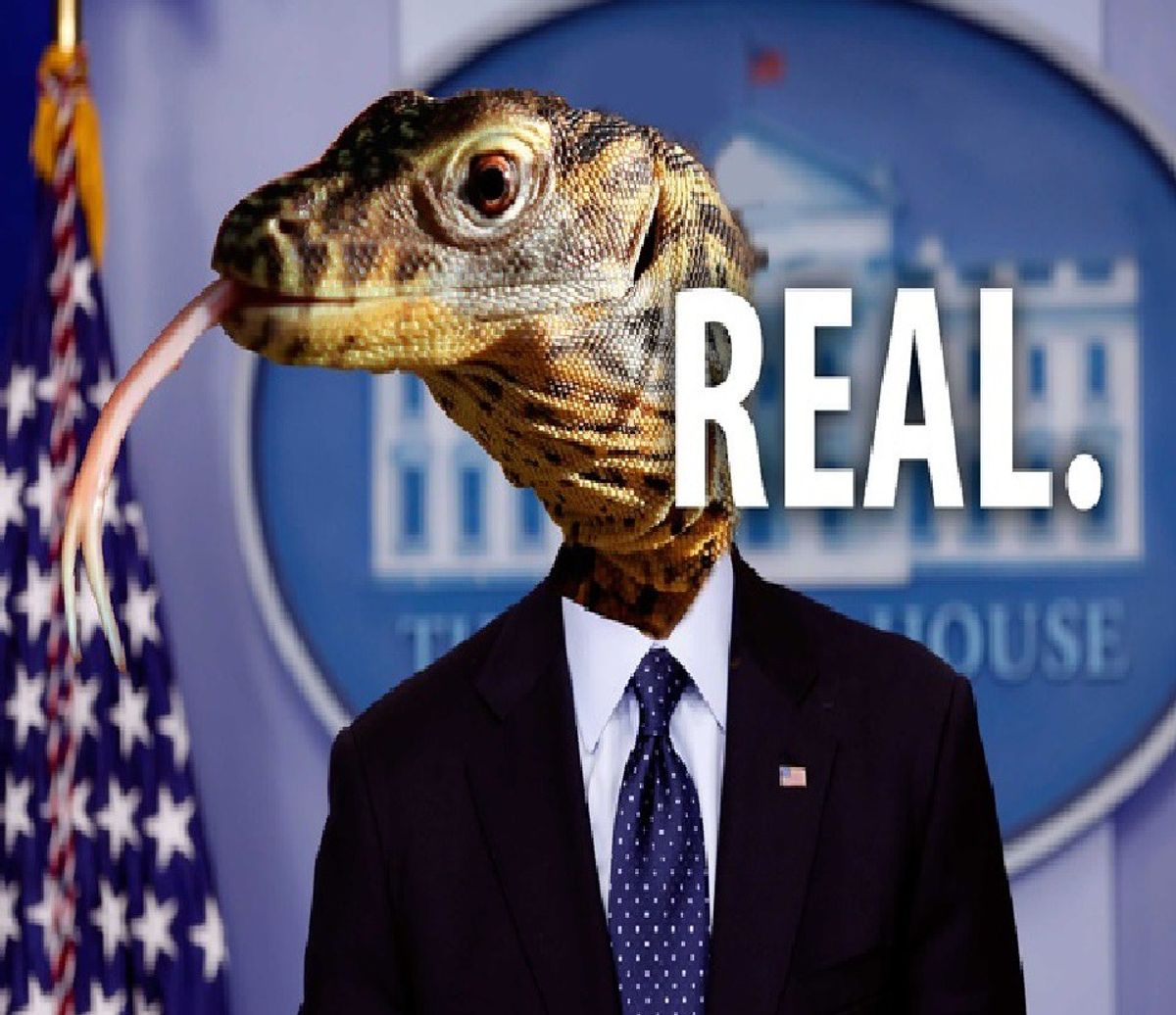 As Trump and Hillary take the stage in the upcoming presidential election, political posts are blowing up everyone’s facebook feeds. Here’s what she did wrong, here’s what he will do to ruin our country, etc. It seems that the disagreement has never been fiercer.

But impassioned voters-to-be on both sides have one thing in common: they all want you to vote.

“My great-grandparents did not face slavery so that you can decide not to vote!” one Hillary supporter cries.

“Voting is a right – do not reject that right!” a Trump supporter declares.

But is that actually true?

One of the best satirical stories I have ever read is included in Douglas Adams’ Hitchhiker’s Guide to the Galaxy series. In it, alien invaders land on planet Earth. They look and talk just like people. They descend from their spaceship and declare, “Take us to your lizard!”

The earthlings are, understandably, confused. “Do you mean leader?” they ask.

“No! Lizard!” the aliens insist, and run around invading pet shops until they find some lizards, which they proceed to worship as kings.

It turns out that on this alien planet, elections are held every few years. In these elections, two lizards run for president, one against the other. These lizards are just like our lizards – they don’t speak, or have any special intellectual capacities. So why do the humanoids continue voting a lizard into office year after year?

“If we don’t vote for one lizard,” the aliens explain, “the wrong lizard might get in.”

This story, while ridiculous, resonates eerily – in this election more than ever. Let me ask you something – if you were an inhabitant of that lizard-worshipping planet, what would you do? I’ll tell you what I would do. Boycott the election. Perhaps even lead a protest against the entire messed-up electoral system. I certainly would not vote for “the better lizard.”

If we’re talking about rights earned by our ancestors, I’d like to point out that it is an old American tradition to peacefully protest stupidity in the face of popular opinion. To protest lies – for example, calling something “democracy” which, when you look closely, isn’t democracy at all. This is what Rosa Parks did. This is what Martin Luther King, Jr. did. Why doesn’t someone nowadays take the initiative, stand up, and say, “This has to stop”?

I haven’t decided yet if I will be voting in this election, or who I will vote for if I do. I’m the first to admit that I hate anything to do with politics, so the experience of trying to discover what’s really going on is confusing to me. Is Hillary actually a pathological liar? Is Trump actually racist? Do either of them mean what they say? How can I find out?

Trying to be informed about politics is about as difficult as struggling through a swamp while playing “broken telephone.” I’m still trying to figure out whether the two candidates are lizards, or real people who can change American lives for the better. But for me, not-voting is a valid option. The right to vote comes with the right not to vote, just as the right to bear arms comes with the right not to bear arms.

So please, stop trying to pressure me into deciding between two wrong choices. I won’t give in.