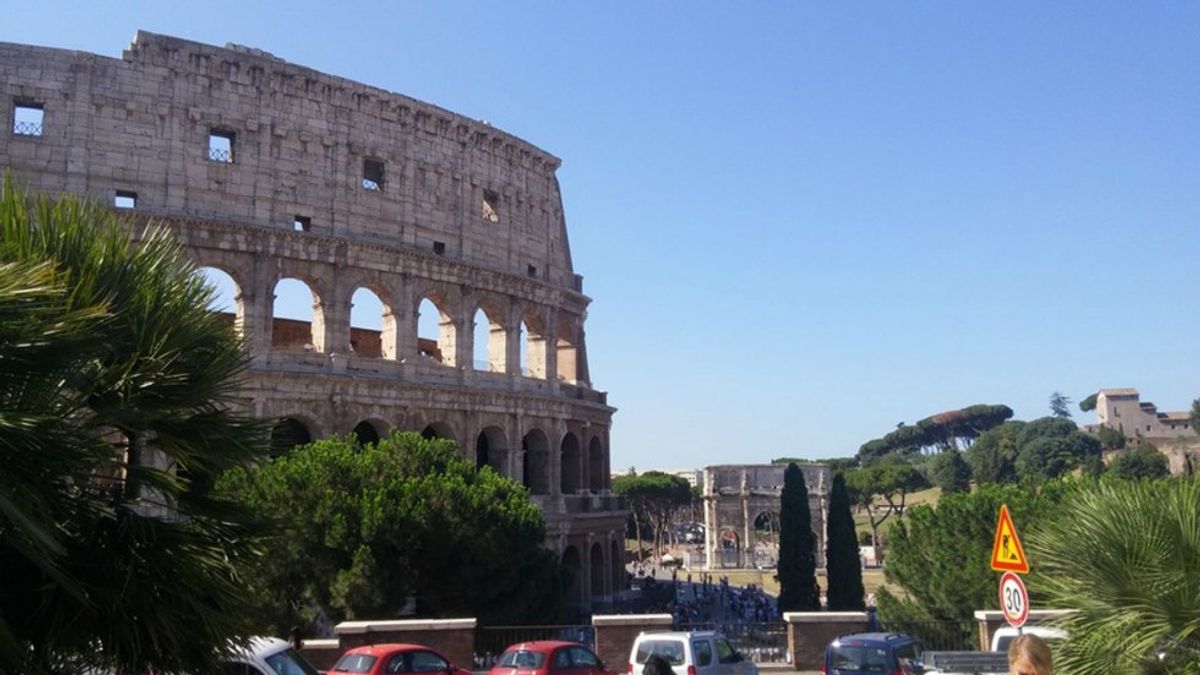 (This is part of my Summer Abroad series; you can find part one here!)

I spent two weeks in Berlin as part of my recent job with a publishing company, and the other two weeks of my month long Europe excursion could be spent however I wanted. Seeing a golden opportunity, I booked cheap flights for some Eurotrip-style traveling in four other countries. And so I flew from Germany and opened up a new kind of adventure as I landed in Rome, Italy. The change in energy was as jarring as the change in weather, from a chilly 56-degree summer in Berlin to the bright and sunny 92 degrees at Rome’s airport. And my German taxi driver said I was silly for wearing shorts.

It should come as no surprise that Rome had been on my bucket list for a long time- it is for most people. As a child, I fell in love with Italy and Italian culture through the lens of Cornelia’s Funke’s various books… and admittedly because of The Lizzie McGuire Movie. The reality of Rome is nothing like the movies, though, which is beautiful to realized Berlin is an art piece of a city, but Rome is an artifact. It is old, and worn, and layered with eras past. It is still cobbled and cluttered, designed around its history and wrapping odd secrets in its maze-like streets. Roads full of Vespas, cars, and walking traffic (often on the same road: behind an elderly woman while riding taxis through the city, on more than one occasion). And before you ask- yes, the food is just as amazing as everyone says. Nothing quite tastes like the tomatoes in Italy, and I’ve yet to find tiramisu quite as good. The same with the fountains, which was some of the purest and clearest water I've seen in my life.

Also before you ask: yes, Rome’s men are as forward and flirty as you might expect. I lost count of the number of times men stopped to watch me through windows, offer me rides, and scooted themselves onto the same table as me. “Ciao, Bella!” became a commonly overheard call in the streets I walked. A pair of sunglasses usually solved the problem, if I felt I didn’t want the attention. The people are kind, though, and the tourists unusually pleasant for such a busy city. I shared a pizza lunch and travel stories with a backpacker and talked about David Bowie's music with a cab driver. The language barrier that had been such a hang-up in Berlin faded in the streets of Rome, making life much easier and more relaxed.

One of the most incredible things I have experienced- not just in this trip, but in general, was the most I took the train to Colluseo and stepped out onto the block that overlooks the Colosseum. The real, actual Colosseum: the one from text books and all of the postcards. It always looked big, and somehow it was bigger in real life. Walking its columns and stairs just aches with history, tracing the edges where new concrete ends and the earliest bricks begin. The Roman Forum surrounds the block like the portal to another place and time, temples and political buildings mixed together over a hilly landscape of olive trees. The air is hot and the water vendors are persistent, but the walk around the area is worth every blister and potential sunburn.

My favorite corner of Rome was Piazza de Spragga, one of the richest and most beautiful areas in the city. Just a walk down the streets takes you passed the Spanish Steps and all the way to The Pantheon, with all of the beauty in between. Wonderful restaurants and hidden treasures line the walk, including the historical Caffe Greco (the world’s oldest cafe), the Gucci store, and the beautiful former home of John Keats and Percy-Byche Shelley. There are hours to spend just exploring the area, and some of my fondest memories in Europe were spent relaxing at Caffe Greco with a cup of tea or exploring the beautiful books at The Keats-Shelley Museum. I also enjoyed venturing around the busy and colorful area that surrounded Termini Station, where you could find whatever food you needed and the best gelato in the world, if I do say so myself.

After three days wandering and enjoying the magic of Rome, I had to pack up again for another flight: I was off to Paris! But I had only just realized that three days would never be enough to see the whole city. I had experienced so much culture and magic, and there was still more to find. I used this to take heart that one day, I would just have to return for more adventures in Italy.