The beauty, history, and challenges that marked the beginning of my first Eurotrip. 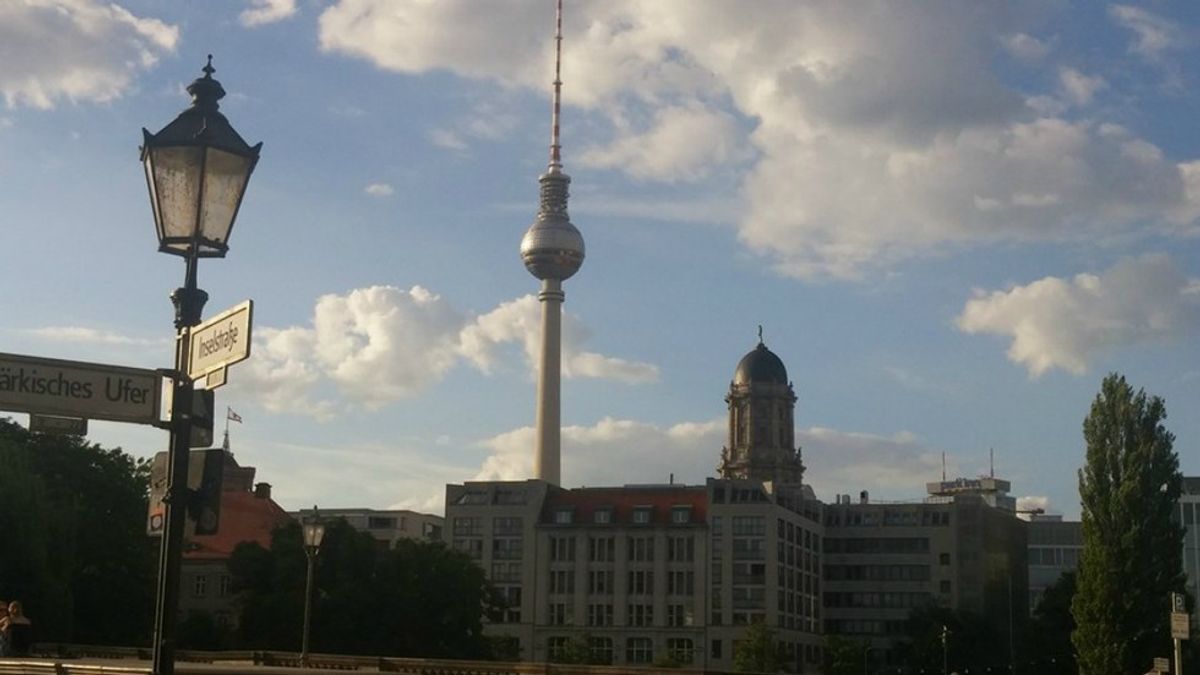 The first time I flew on a plane, I was seven-years-old and headed to Disney World with my family. It was a pre-9/11 world, but flying still frightened me enough that I burst into tears as we prepared to take off. I still vividly remember a flight attendant handing me a plastic winged metal to mark my first time in the air, all smiles and cheer. I haven’t been scared to fly since.

Still, I said goodbye to my family and crossed through the TSA on June 19th, 2016. I was bawling by the time I found my gate. Some things don’t change, I suppose.

Eight months ago, I got one of those “golden opportunities” that everyone likes talking about. The kind that don’t happen to people, realistically anyway. The CEO of a indie publishing website I had long inhabited offered me a community management job. I often joked that this job was “$11 an hour to play on Facebook all day”, but I managed the entirety of the company’s social media, most author-related projects, and generally kept their community happy. Big job, and it got even bigger when I was invited to spend two weeks working at the home office in Berlin. Another two weeks to do whatever I wanted in Europe. A few months of extensive planning later, I had flights and hotels lined up for Berlin, Rome, Paris, London, and Dublin. I was traveling abroad for the first time, and I was going it alone.

“Are you sure about that?” I got asked this question (and variations of it) a lot. I got asked if my longtime boyfriend couldn’t join me. I got disbelieving looks, because I’m 5’2, a young woman, and generally considered what we would call a "country mouse." In the small percentage of Americans that travel abroad, less travel alone and even less of those are women.

I remembered that while I sat at my gate, wiping my eyes as I blared Amanda Palmer over headphones and watched the plane I was about to board.

“Am I sure about this?” The answer was no. I boarded my plane anyway.

Since that first flight two months ago, I have become hopelessly in love with transit days. The in-between days of trains, airport transfer buses, and plane seats. They are slow, and draggy, yet enthralling for the simple act of travel. The anticipation of a new country and an imagination running wild for what you’ll see when you get there (you are always wrong, and it is always awesome). When I finally made the hop from Newark to Berlin, I had no idea what I was getting into. I didn't know Berlin was so diverse, beautiful and so very huge. My first stop in Europe, with the least amount of English of all my stops. Two weeks there on my own. No pressure.

The first three days were the scariest. I quickly discovered my former employer was disinterested in helping me navigate the basics of living in Germany, so early hurdles such as the U-Bahn (Berlin’s metro system) and figuring my way around signs dotted my time in the city. To a tune of wicked jet lag, I worked long office hours and commuted back and forth across the vast city. One night heading back, the German writing in the metro turned me around and I ended up on the opposite side of Berlin around midnight. The metro shuts down at 1am. It was a rather unnerving adventure getting home. I also had the pleasant experience of finding out that my train ticket, which my employer picked for me, was only worth a week’s worth of U-Bahn rides, but only after after a 60 euro fine and an anxious trip to the German equivalent of the DMV. I had never gotten a ticket in my life: this one makes for an interesting story, at the very least.

At the same time, I quickly discovered how beautiful Berlin was. Majesty and creativity marry beautifully in the streets, where street art dots anything it can touch and history seeps out of the city's pores. Brass stolperstein mark Jewish lives on the cobblestone. East Side Gallery sprawls around its block with flooring imagery. I went to Brandenburg Gate on the same day as a football match, so the whole are had been transformed into a viewing area, complete with a truck-sized screen and food vendors. There was a thrill about joining the crowd of a thousand Berliners, passionate and joyful for every goal their team scored. Germany won the game, too.

There is a peace to Berlin, too. Due to its central position and polices, Germany has one of the most diverse populaces of any European country. Every day at my flat was a new one, sharing a building with college students from Germany, France, Haiti, Norway, Russia, South Africa, and yes, even America. We exchanged stories in the elevator, held doors, and offered helping hands where needed. I was offered food and, more often, beer when coming in at night. I found the same in the office, where my co-workers had flocked from all over the world. Our neighboring restaurant was run by a Russian family, who spoke only their native tongue and German. They called me the “pretty North European girl”, and smiled whenever I came in to order lunch with rough sign language. I also frequented a kiosk down the street (which are like gas station stores in America): the Turkish man that worked there had come from Istanbul two years before, with his young daughter. Our exchanges were awkward and messy until one day, when I apologized for my bad German while buying ice cream.

He shakes his head and says, “In my country, we say that when you eat and drink in a place, it is your home too.”

I think I visited him every day after that.

The instant understanding and compassion of Berlin was incredible, and humbling, because I kept thinking back to my home. Back where there had been screaming over immigrants from Mexico and Syria, whichever was the latest ‘threat’ to the American public. I thought about that as I wandered around this big city with little to no German experience, in a culture vastly different from my hometown of 10,000 people. I thought about the challenges I had living in such a place, on my own, for a mere two weeks. And then I considered what it would be to move here- to pack what I could carry and settle where no one spoke my language or knew my customs. Where everyone screamed for me to ‘go back where I came from’.

By the time my two weeks in Berlin were up, I had seen and done a great deal in the city. I had experienced so much of the beauty and strength of the city, and still, there was so much more left to experience. It was worth every second, difficult or otherwise. Given the chance, I would love to return to Berlin one day, and I'm so glad it was my first European experience. It helped set the stage for my next stop, Rome, and helped prepare me for the next two weeks of incredible travel!
Report this Content
This article has not been reviewed by Odyssey HQ and solely reflects the ideas and opinions of the creator.