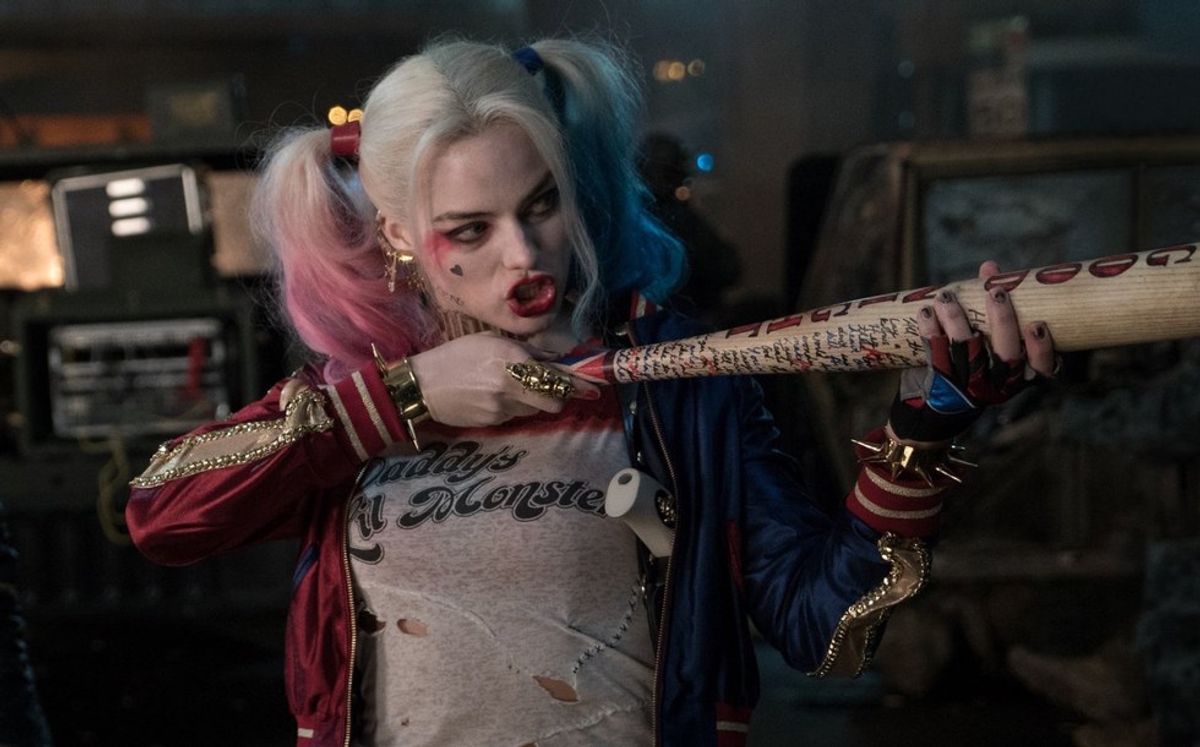 For the purpose of this article, I'm going to assume that anyone reading this likes butts, because butts are incredibly important to this article's core argument.

Now, who here has seen "Suicide Squad"? I'm only asking because, chances are, there are spoilers ahead. So prepare those butts for said spoilers.

What do "Suicide Squad" and butts have to do with each other? Adequate question, myself from the past who's typing this article. But, back to the question, and the answer to that question is, a lot, actually.

Not too long ago I saw the most recent and incredibly divisive neon-hued flick from DC Comics, and I was surprised, not only because I actually enjoyed the movie more than I thought I would — despite confusing editing choices, choppy pacing and incomprehensible action sequences — but I was also surprised because this was the first time in my superhero movie-viewing career that I had seen any amount of raw sexuality put into superhero — or, in this case, supervillain — characters.

And I really, really found it interesting. Human sexuality — at least in the Marvel movies I've seen — is so incredibly watered down in most superhero films. Usually we get some rosy, romantic bantering, or an awkward flirting scene — both good and bad awkward — or a guy falls on top of a woman he likes and they share a split second of sexual tension, but that's about as raunchy as it gets.

That isn't necessarily a bad thing. Superhero movies are made to appeal to a wide variety of audiences, and most of them fare quite well at the box office because of this strategy. And I'm not at all advocating for these films to suddenly take a 180 and be filled with nothing but innuendos and scantily-clad actors and such — that is not at all my intention.

But it was really fun and exciting to see characters being portrayed with such abandon, especially for the female characters, and I'm not just saying that because I find the actresses playing them attractive. It's mainly because I feel like female characters get completely short-changed in movies in regards to their sexuality being explored in an interesting and constructive way. When most people think of the "lead actress," it's either a hip-sashaying, pouty-lipped sidekick; a meek, confused, she'll-get-stronger-with-a-dude's-help, damsel-in-distress-type character; or it's a stone-cold asexual being who's lack of sexuality and humanity is played off for laughs.

And there are definitely male equivalents to those stereotypes as well, but the male sexuality, in my opinion, is far different than the female sexuality — or, at the very least, it's different in the way that our culture and media portrays it. When men discuss sexual on-goings, it's often rough, crude, blunt and more often than not, played for laughs. There's not a lot of depth to the male sexuality, at least, not that we've seen.

To me, however, it seems like there's a Marianas Trench-worth of depth in the female sexuality. Case in point, the newest incarnation of Harley Quinn, as can be seen in "Suicide Squad".

Margot Robbie plays this character to a tee, and if there's anything positive that people are going to talk about after seeing the movie, it'll most likely be her performance. She's enthralling, attractive and talented. She manages to capture the misguided innocence of a woman who fell for the wrong man. The very wrong man.

Robbie makes crazy non-cringey — for the most part — and for all the parts, she makes it look good, both aesthetically and from a character development standpoint. And I would argue that's because she brings a feverish, manic and sensual energy to Quinn. In one scene in particular, Jared Leto's Joker introduces her to an associate of his. With the group being in a heavily-erotic dance club — and with us having already seen Harley entwining with various partners on the dance floor — we expect it to be a fairly sensual encounter. She proves us right by straddling the associate...

And then immediately killing him.

And it's awesome. Quinn is able to use her sexuality as both a weapon and a shield, simultaneously, disguising her true intentions and then revealing them with the ferocity of a lightning strike.

However, it's also used to defend against her weak interior. While the exterior may be a solid wall of crazy, beautiful and deadly, the interior is a broken woman. In my opinion, it seems that Harley is conflicted about her decision to switch from a strong, motivated career woman to the psychologically-shattered and abused partner in crime and romance of a deranged, psychotic criminal mastermind. There's one scene in particular where, after she believes the Joker is dead, Harley, perched on a police car, crumples in anguish. The realization appears to hit that she gave up everything she had for the Joker, and without him, she's lost. Moments later, the rest of the squad comes to find her, and she quickly and half-heartedly wipes the tears away and strikes a cutesy pose. Again, she's using her sensuality to guard against the deeper emotional and psychological cracks that run deep within her core.

If I had the material to talk about the Joker and his expression of male sexuality and how he uses it, I would. Unfortunately, and as you may have already heard, he doesn't exactly crop up often in the movie, and when he does, the moment is generally pretty fleeting. In the time that he was on-screen, though, he displayed his own kind of sexual expression: making new associates kiss his ring, straddling torture victims, caressing their hair and faces. This is a new side of the Joker, and a newer kind of male sexuality that's incredibly interesting to see in a superhero film, and I, personally, would gladly welcome a deeper exploration into what it could entail.

Overall and again, I'm not at all advocating for a sudden, more raunchy shift in superhero films, or any films in general. If anything, that's what I want less of. I want to see more explorations of sexuality and how it can be used, especially by different types of people. I think purely because of the media that often surrounds the topic, any mention or instance of sexuality in television or film or print media or art or whatever other form of creative production is seen as superficial and perverse, mainly because most of the time, that's how it's portrayed. But I believe there are other routes that can be taken with human sexuality, as I'm sure others do as well. Well-crafted, well-intentioned sexuality creates a more visceral experience for the audience. It provides a base connection as well as adding a new dimension to characters that would otherwise be untouched and untapped. Hopefully, we as audience members may soon be able to witness newer and richer explorations of different kinds of sexuality taking place in modern media, not simply the superficial presentations that we're constantly exposed to everyday.

I mean, don't get me wrong — butts are nice. But without a person and a personality connected to that butt, it's just a butt, and nothing more.