Stop Getting Offended When Someone Wears Leggings As Pants
Odyssey
CurrentlySwoonLifestyleHealth & WellnessStudent LifeContent InspirationEntertainmentPolitics and ActivismSportsAdulting
About usAdvertiseTermsPrivacyDMCAContact us
® 2023 ODYSSEY
Welcome back
Sign in to comment to your favorite stories, participate in your community and interact with your friends
or
LOG IN WITH FACEBOOK
No account? Create one
Start writing a post
Health and Wellness

Stop Getting Offended When Someone Wears Leggings As Pants

We are taught not to judge others, including their manner of dress. 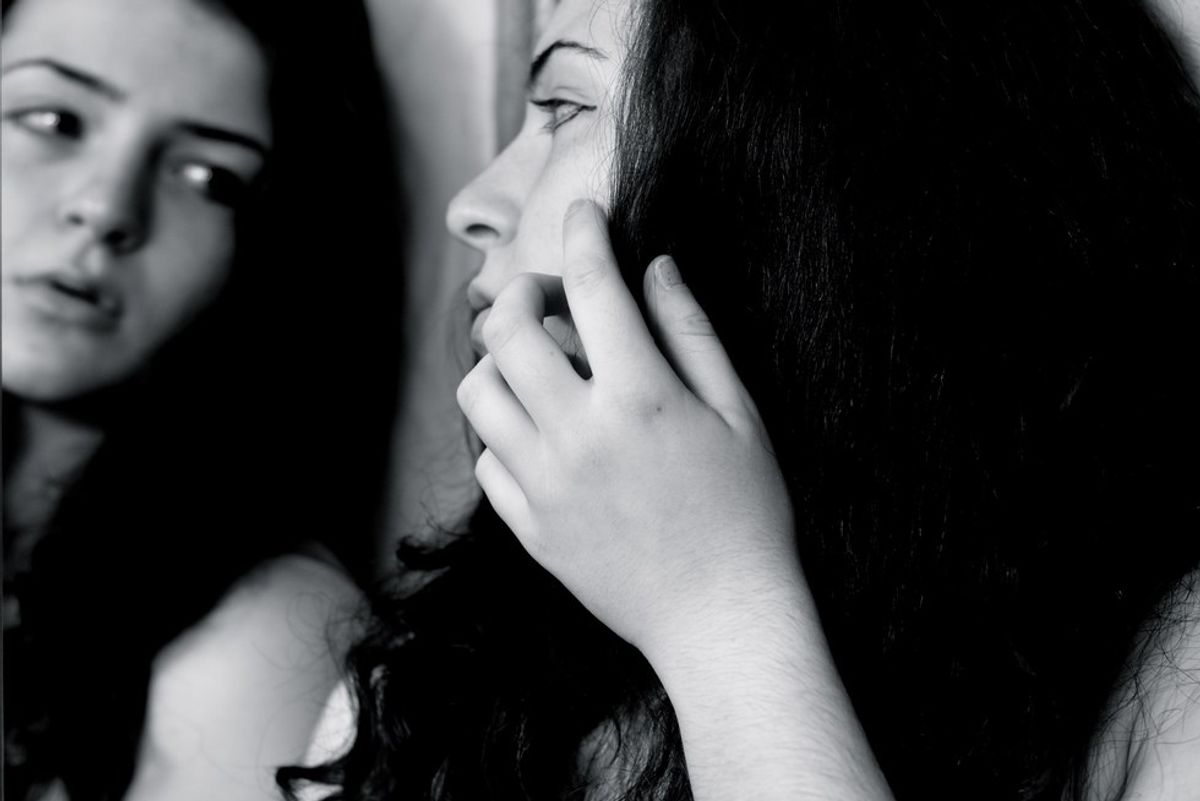 Let me start by saying that I think dressing modestly is extremely important. I believe that modest dress is a way of showing respect for the body that God has given each of us. Our bodies are temples, and they should be treated with as much care and respect as temples would be.

I've always tried to dress as though I had already gone through the temple and started wearing garments, partly because I didn't want to have to completely redo my wardrobe once that happened, and because I wanted to show my body respect. One of the small things I take pride in is being able to look back over photos from high school dances and prom, or just random days out with friends, and see that my clothes never really "changed" from the way that I dress now, after having gone through the temple.

A while back, LDS Living came out with this article and I was really impressed by what was discussed. I highly recommend that you read it before you continue reading my article, since doing so will definitely help to give you more context and a better understanding of what I'm talking about.

While modesty has been something that I've felt very strongly about for as long as I can remember and hasn't really been an issue for me, the deeper issue that the article discussed was something that resonated powerfully with me.

The article on LDS Living had five points they made about teaching youth modesty in a more effective way. Their second comment was: "Refrain from blaming girls for 'putting bad thoughts into boys' heads.'"

This was the particular message that struck me, because of my own experiences with this issue. Growing up as a member of the LDS faith, I attended Young Women; the class for girls ages 12-18 that met for one hour on Sundays for a lesson, as well as mid-week for a spiritual meeting/fun activity.

At these meetings, whenever modesty was discussed, we were always taught that it was our responsibility as girls/women to help control boys' thoughts and actions towards us and to keep them from having immoral feelings, caused by how we dressed. Don't get me wrong--I loved my leaders growing up, and I learned a LOT from them. But I didn't necessarily agree with everything they said. This idea of girls being in control of boys' thoughts bothered me, and still does bother me to this day, for three main reasons:

1. I could dress in a t-shirt and jeans and no one would bat an eye, but there might be one or two boys who found that type of outfit arousing. That meant I would be causing immoral thoughts in someone, based on my dress. BUT the way I was dressed was not inherently sexual or inappropriate at all and was generally accepted by many as being a "modest" outfit. I could dress in a giant shapeless smock and still there COULD be someone who would find that outfit sexual.

2. When we were taught about modesty, our leaders constantly focused on it as being about what one chose to wear, not about how one chose to act. I knew several girls throughout middle school and high school who, though dressed modestly, acted in ways completely contrary to what modest dress is supposed to achieve. They were lewd and inappropriate, taking flirting to the extreme on several occasions. There were times when I would be at a church activity or at school and I would look over, see what these girls were doing, and literally cover my face because I could not stand to watch what was happening. But they were wearing a high-necked shirt and "not too tight" jeans, so that MUST mean their actions were ok, right? No.

3. Boys are not treated the same way, in terms of modesty. They are taught not to wear clothing that's too tight or too baggy, yes, but what about tank tops or going shirtless? If girls are told to "cover up" so that boys don't feel uncomfortable, shouldn't boys do the same? Why is it acceptable for a girl to have a poster of some shirtless male celebrity on her wall, but boys are frowned upon for having a revealing poster of a woman?

When I was getting ready to leave for school in Idaho and met with my bishop, on one occasion I brought up how we were taught this way in Young Women. He was astonished. My normally calm bishop grew extremely agitated VERY quickly, saying:

"That is completely unacceptable. The boys have just as much responsibility for these issues as the girls do; it's not entirely up to you ladies."

Hearing that really surprised me, because it was the first person I had ever heard who disagreed with this idea of women being "responsible" for sexual situations, and I remember how I thought about it often after that.

I asked several of my friends for stories about issues involving modesty that they had experienced, and here were some of the replies I received:

"Last year I was at the EFY program and the stake president's wife told a group of my girls that they were being immodest (because they could see the girls' knees
standing), and how they were dressing like 'prostitutes'."

"I came to church dressed super nicely and my skirt rode up while I was sitting. Standing it was to my knees. Keep in mind this was my first Sunday in a brand new ward. After Sunday school, the bishop's wife scolded me for my attire, told me the skirt should touch the ground while kneeling, and walked away. She never even introduced herself or asked my name. I didn't go back to that ward ever again."

"At EFY when I was 15, I was sent back to change twice because my dresses didn't touch the floor when I knelt down. The second dress I had worn the day before on the spiritual day and no one had said anything: it was probably a couple of millimeters from touching the floor. It was humiliating, and they almost sent me back a third time because there was a chunk of black lace that you could see my knees through. It was awful, and I hope they're better about it now."

These stories can be addressed by a combination of the other points made in the LDS Living article:

#1 Teach youth to be sensitive and respectful of other people's interpretations and practices of modesty.

#2 Focus on the doctrine of modesty, not just the specifics.

#3 Teach youth to trust themselves and rely on the Holy Ghost when it comes to modesty.

These three points all circulate around one particular idea: agency. While I do not think a tube top and mini skirt is "modest", there are some forms of dress that church members disagree on: are leggings pants? Are cap sleeves modest?

Youth are at an age where they're learning to make their own decisions about life, and some of those decisions should include what they wear. At some point in our early years, we reach a point where our mothers stop picking out our outfits. I remember in 4th grade going to school wearing a yellow shirt and stretchy purple butterfly pants, thinking that I looked great. And I'm sure my mom cringed when I walked out the door, but she let me make that decision on my own.

The final point that was made, about teaching youth to rely on the Holy Ghost when it comes to modesty, is crucial. Some youth will feel closer to the Spirit dressing in one way, and some will need to wear shirts with higher necks, or longer skirts, to feel that same way.

We are taught not to judge others, including their manner of dress. Don't believe that just because someone is wearing something too revealing, too tight, too short, etc. (to you) that they are not close to the Spirit.