Why I'm Still Running Through The Pain
Odyssey

Why I'm Still Running Through The Pain

It's been a painful three years for me, so let me explain why I've kept going. 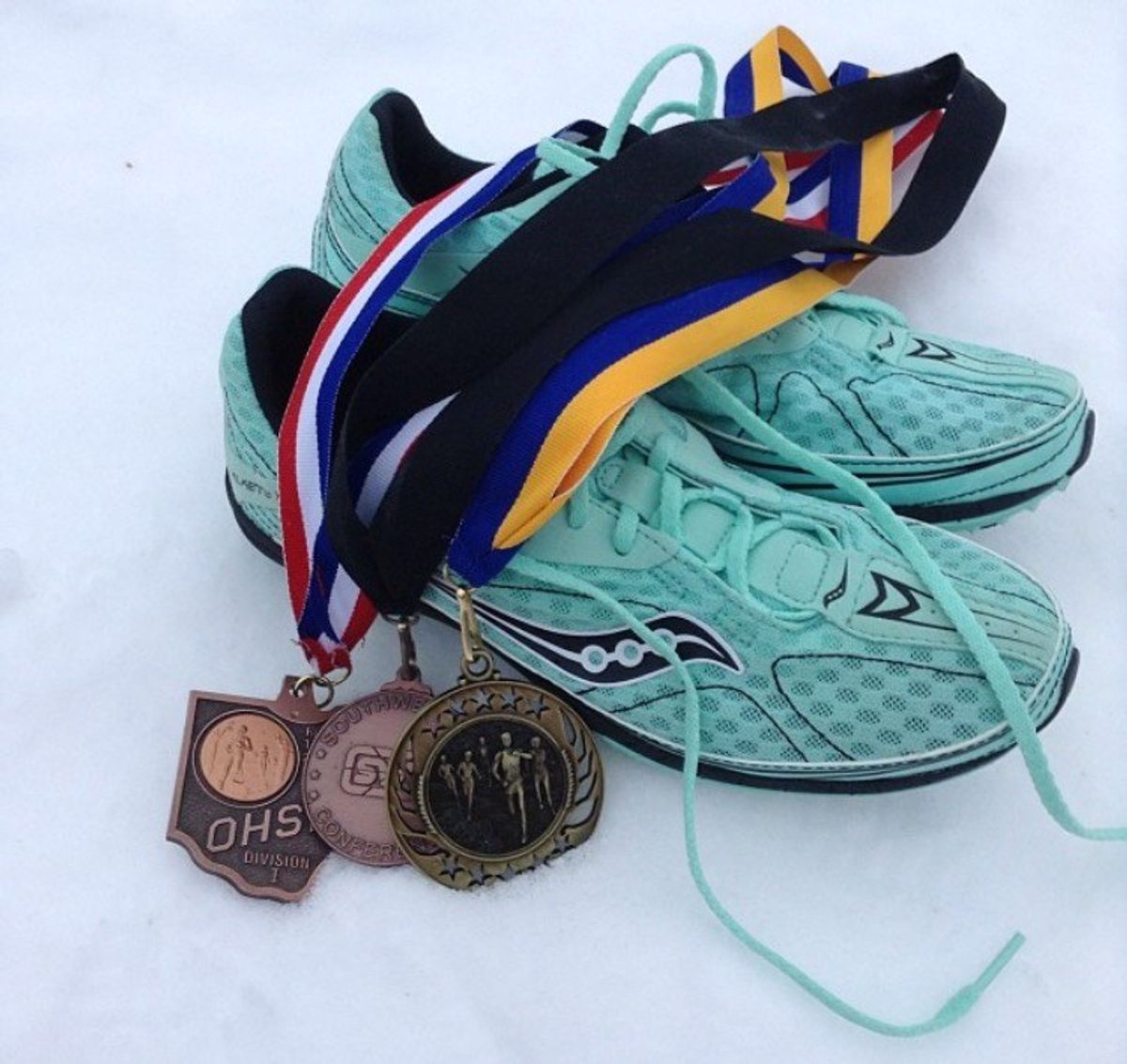 Usually, I try and avoid getting too personal with my blog. I obviously write about my opinions on lots of topics, but I try to keep my own experiences out of it. But this week, I want to talk about something with which I've had lots of firsthand experience: adversity.

Everyone has faced adversity, and if you haven't, then you will. The thing is, not everyone deals with it properly. There's no single good way, but there are definite bad ways. I'd like to use my personal story to explain why it's important for us all to look for the good ways. So, my story begins my freshman year of high school.

As a freshman, I found my true love: running cross country and track. Not only did I really enjoy doing it, I turned out to be pretty good at it. By the end of my sophomore year, I had competed in two state meets, held two school records, and had multiple all-conference and all-county honors. I was flying high at this point. Who wouldn't be? I was a living success story. I had been an admittedly bad athlete when I was younger, and now I was good, as if by magic. I kept on thinking that it was all a dream and I would just wake up. Then I did.

Going into my junior year, I was looking forward to a promising season. I had placed higher in our first meet than ever before. I knew it was going to be a great season... until a prolonged (and largely undocumented) illness kept me from competing the entire fall. I was devastated, of course. Not only was I unable to do the thing I loved most, but I found myself sitting helplessly on the sidelines while everyone around me was out chasing their dreams. I began to take some medications to improve my health in the winter, and they did make it so I could run again, but they also made me retain water and gain about 15 pounds. I was running again, but I wasn't able to really compete the way I always had before.

So, my track season junior year was a saga of me gaining weight and trying to outrun the weight gain. And I learned at that point that when you're fighting your own body, you will never win. That season was pretty much another one I had to scrap. But I was going to be ready for cross country.

I figured that the universe would probably give me a break senior year. I didn't have to take the medicine anymore, and I had worked off most of that weight. I trained really hard, and ran more mileage than ever before. But the problem was, I still wasn't running fast. In fact, I seemed to be getting slower every week. Eventually, after running my slowest race since freshman year, I went to the doctor. This time, the culprit was low iron. For a frame of reference, iron levels should be over 100 for a female athlete. My count was 7.

It took me a really long time to get my iron back to a healthy level, and by the last race of cross country season I had gotten myself back to where I was at the beginning of junior year. I trained hard all winter, and I could feel myself getting better. Everything about me was improving- my speed, my endurance, my attitude. I felt great.

That was when I realized the toll that high mileage can take on a body. I had run myself into the ground, and after only two track races I was out for the season with a torn tendon in my hip. I couldn't run for two months, and it took me another three weeks after those months to be able to run any significant amount of time at all. I was still recuperating as I went into my freshman year of college.

I quickly saw just how much that time off had set me back. I couldn't do anything I could before. Running four miles at an easy pace felt impossible, when I had been running about 12 without a problem before my injury. I tried my best to run with my faster teammates, since I was so desperate at this point to be good again. And, of course, in the process of trying to get better, I overworked my hip again and was out before the season ended.

So now, here I am, and I haven't had a good season since my sophomore year of high school. A lot of people ask me why I'm still running after three years of disappointment. And there is a simple answer: as I said before, running is my true love, and you can't just give up on something you love.

Facing adversity can be difficult, and I understand that it can be easy to deal with it the wrong way. But in order to face the challenges in front of you, giving up is not an option. You have to remember why you're doing what you're doing in the first place, because if it's something that affects you that much, it's probably worth fighting for. So the next time you're up against something that seems insurmountable, think about why you care so much. Usually, you'll find that overcoming that obstacle will be more fulfilling than anything you ever imagined... just like right now, I'm imagining standing on a podium after a championship meet again.